Water on the Moon creates a solar wind 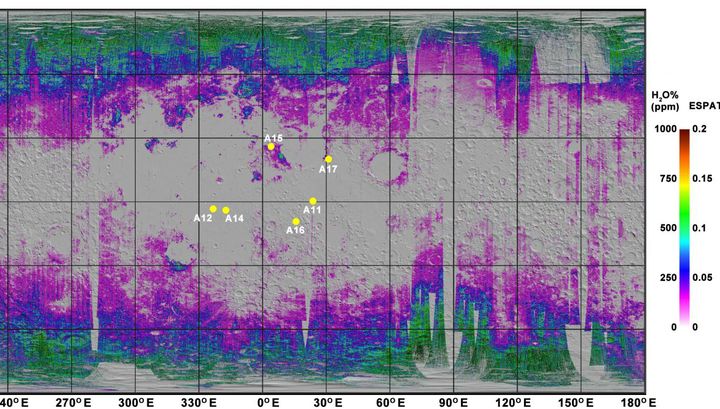 In the XVII century, astronomers discovered on the moon the sea. And although the Sea of ​​Tranquility and even the Ocean of Storms were just forms of relief, there really is water on the Earth satellite. By the way, it is also on Mars, and Ganymede – it simply consists of water ice (and has a liquid ocean below the surface).

Until now, however, it was not clear how this water is distributed over the surface of the moon. How many are there on the poles, and how many on the equator? Is it enough to give the future migrants from the Earth a drink?

And on September 13, 2017 in the journal Science Advances published a scientific article, which presents the first global map of water resources “the goddess of the night.” Shuai Li and Ralph Milliken of the Brown University in the US used the Moon Mineralogy Mapper onboard the Indian spacecraft Chandrayaan-1, launched in 2008. This tool analyzes the light reflected from the surface of the moon, and this way finds out its chemical composition. At the same time, scientists did not distinguish between real water (H2O) and so-called hydroxyl water (OH).

Researchers found a lot of life-giving water – a total of about one hundred million tons. This is several times greater than in Lake Baikal, although, of course, it can not be compared with the oceans.

“Water is present almost everywhere on the lunar surface, and not just in the polar regions, as previously reported,” says lead author Lee. True, near the poles it is still the most – 0.05-0.07% of the mass of the lunar soil. This is slightly less than in the driest deserts of the Earth.

“Now that we have these maps showing where the water is and in what quantities, we can start thinking about whether to extract it,” says Millikan.

But the interest of scientists is not only practical. The distribution of water along the surface of the moon gives the key to understanding where this moisture came from. The researchers found three key facts. First, there is water on the Moon everywhere. Secondly, its content gradually decreases from the poles to the equator. And thirdly, the water is greater where the soil has been most strongly destroyed by particles of the solar wind.

This agrees with the hypothesis that the solar wind creates this water. As is known, it is a stream of protons and electrons, constantly flowing out of the sun into the surrounding space. And protons are the nuclei of hydrogen atoms. By connecting with the oxygen of the lunar soil, they generate H2O and OH molecules.

There are Selena and “water anomalies” on the surface. Equatorial regions of the Moon as a whole are very poor in moisture, but there are also separate deposits there. They are confined to volcanic rocks, so this water, most likely, came to the surface during eruptions. This should not surprise us: the Earth’s bowels are very rich in moisture. Almost the entire World Ocean was condensed from volcanic steam, although, according to some estimates, up to a third of the water reserves are brought to Earth by comets or asteroids. 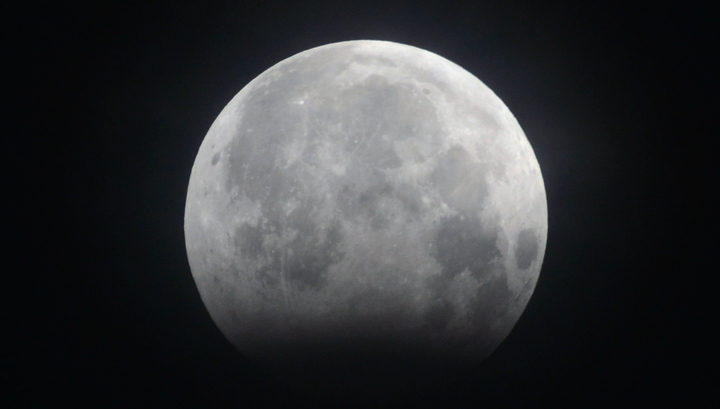 True, the depths of our space companion must be much drier than those of the earth. This is due to a terrible catastrophe, as a result of which the Moon was formed. The collision of Proto-Earth with another body evaporated huge masses of stone, and from what did not fall back to the surface of the planet, a night-light formed.

Unfortunately, the map does not give information about the bowels of the moon. Moon Mineralogy Mapper, studying the reflected light, “sees” the lunar surface just a millimeter in depth. He also has another drawback: he can not give any information about sites that are constantly in the shade, such as the bottom of the deepest polar craters. And it is there, as the astronomers consider, that considerable ice reserves can be stored.

In addition, scientists still have to explain the nature of the daily cycle found in this study. In temperate and equatorial latitudes (below 60 degrees), the amount of water is as early as possible in the morning and minimal in the hot lunar noon, with the range of vibrations reaching 0.02% of the mass of the soil. At first naive sight, the water simply evaporates by the Sun, but scientists are more cautious in assessments. “We do not know exactly what the mechanism of these fluctuations is, but they tell us that the process of water formation in the lunar soil continues today,” says Millikan.

By the way, not so long ago, “Hubble” found water on planets, similar to the Earth. And there it can be in a liquid state. And who knows if the oceans are not plowed by somebody’s ships?

Tags: Water on the Moon