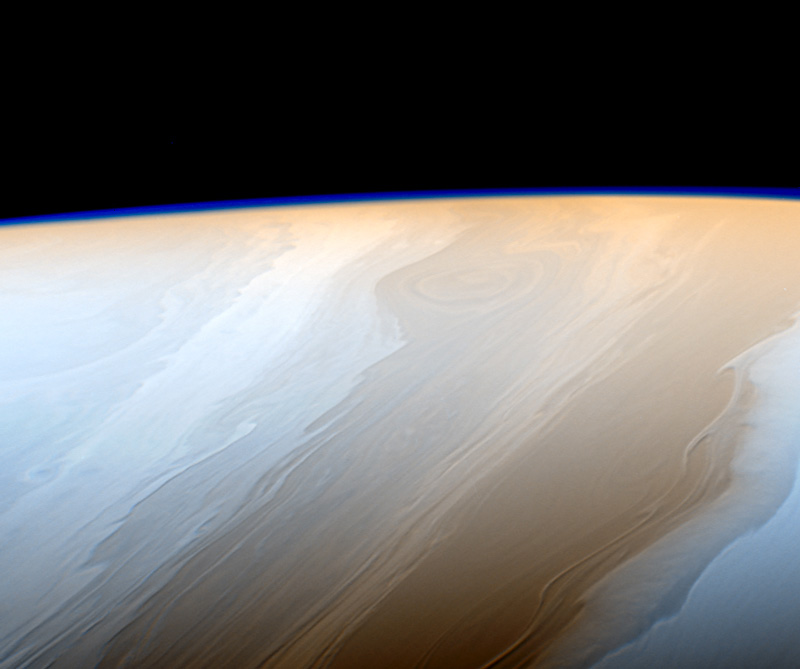 This image is somewhat reminiscent of a fragment of the artist’s painting. But in fact, it captures the clouds of the sixth planet of the solar system. The cloud belts of Saturn move with different speeds and directions. When they collide, their interaction leads to turbulence and the appearance of characteristic wavy structures that are imprinted on the image. Also, the photo shows a slight haze in the upper atmosphere. It can be seen above the edge of the planet’s disk.

The picture is centered at 46 degrees north latitude of Saturn. The shooting distance was 1.2 million km. Image colors are extended. It was combined from two photographs taken by the narrow-angle Cassini camera on May 18, 2017, through spectral filters at 727 nm and 750 nm (near infrared). To get a color picture, the wavelength 727 nm was assigned a red color, 750 nm – blue, the green color was taken as the average value between these two filters.