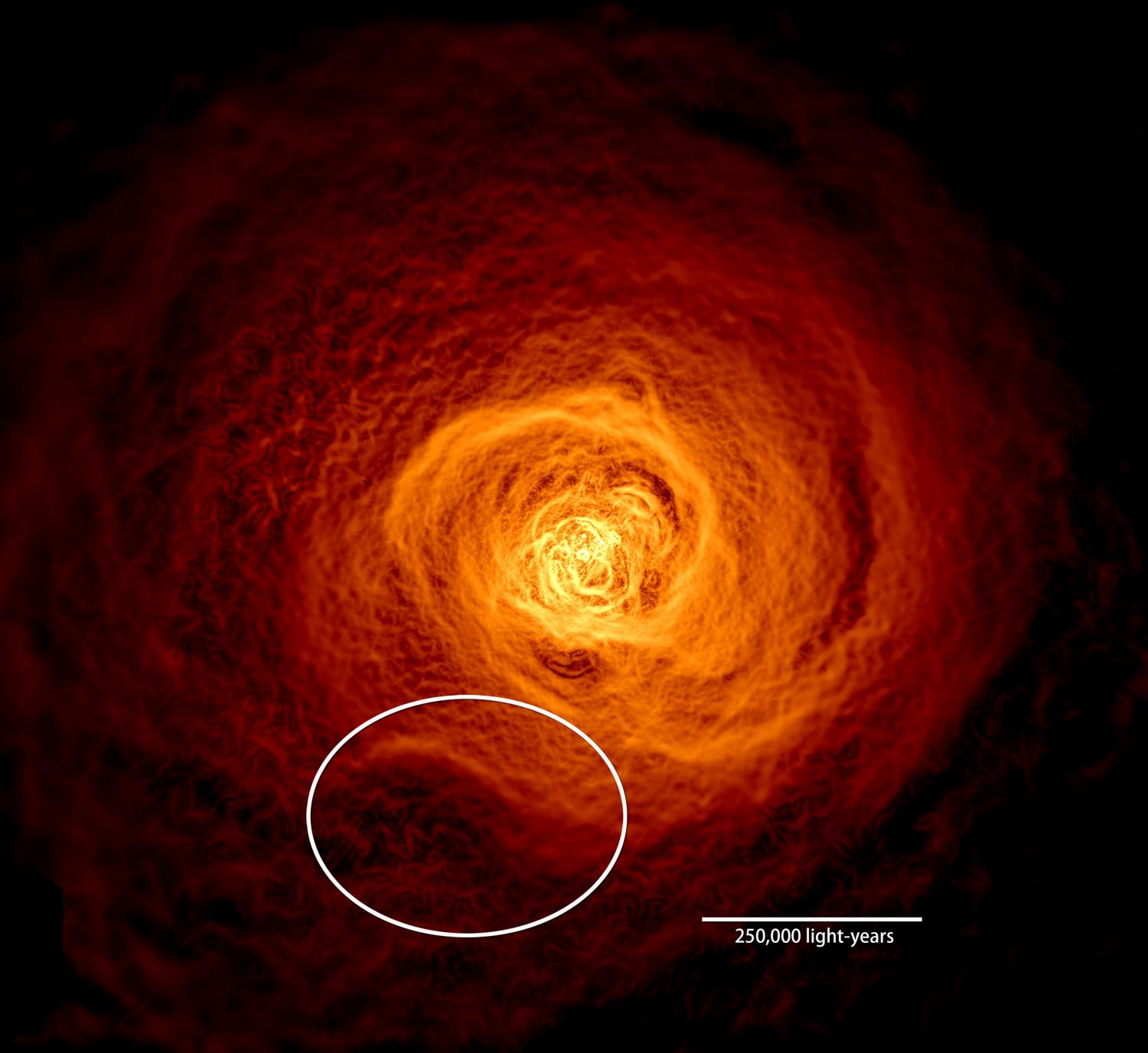 The sizes of the various phenomena on open spaces of the Universe amaze. We used to think of space as a huge emptiness with sparse inclusions of stars and planets, but this is not entirely true. For example, astronomers discovered a huge wave of gas in the Perseus cluster, which is larger than our Milky Way.

Its length is about 200,000 light years, in size it is twice the size of the Milky Way galaxy. Scientists say that it was formed billions of years ago, when a small cluster of galaxies was affected by the Perseus cluster. An article describing this colossal phenomenon will be published in the Monthly Notices of the Royal Astronomical Society.

The gas in this wave is heated to tens of millions of degrees, so that it can be seen even in X-ray radiation. It originated from a flight near the cluster of Perseus, a smaller cluster (well, as less, this mass has 600 times the mass of the entire Milky Way). This span created a gravitational perturbation that shook the gas, creating its expanding spiral. After 2.5 billion years, when the gas rose 500 light years from the center of the Perseus cluster, waves formed on its periphery, which went further hundreds of millions of light years before it dispersed.

These waves are giant versions of the Kelvin-Helmholtz instability, which causes a wave at a velocity difference at the boundary with two media. You can see its manifestation, for example, when the wind blows over the water, and manifestations can be found everywhere: in the ocean, in clouds, on Earth and even on the Sun. And in the Perseus cluster, where this instability acquires a grand scale at all.