We are not alone in the Universe?

Seven earth-type planets, three of them might have water in liquid state. That is life. At an emergency press conference, NASA scientists reported on a new discovery. All waited, that will tell about the aliens. After the press conference, NASA announced as urgent and important, and even carefully concealed items. But just 10 minutes prior to the official NASA page on Twitter there was a message:

We have for you exciting news from beyond the Solar system! Spoiler: aliens…

However, a discovery announced by scientists, hardly anyone disappoint. In orbit around a single star TRAPPIST-1 in the constellation of Aquarius, scientists have discovered seven planets of the terrestrial type. Most interesting: three of them are in the so-called habitable zone. That is, they can be water in liquid state, and this means that theoretically there is life. Star TRAPPIST-1 is so small and weak (its mass is only 8 percent from solar) that on these planets there are no anomalous heat. Temperatures are comfortable — quite earthly.

The discovery was made by a team of Mikael Giana from the Institute of technology and astrophysics at the University of Liege in Belgium.

We made a huge step forward. This discovery will help us all to answer the question that has plagued many philosophers throughout history. The question that deep down, asks each of us: are we alone in the Universe?, — said the assistant head of NASA Thomas Zurbuchen. 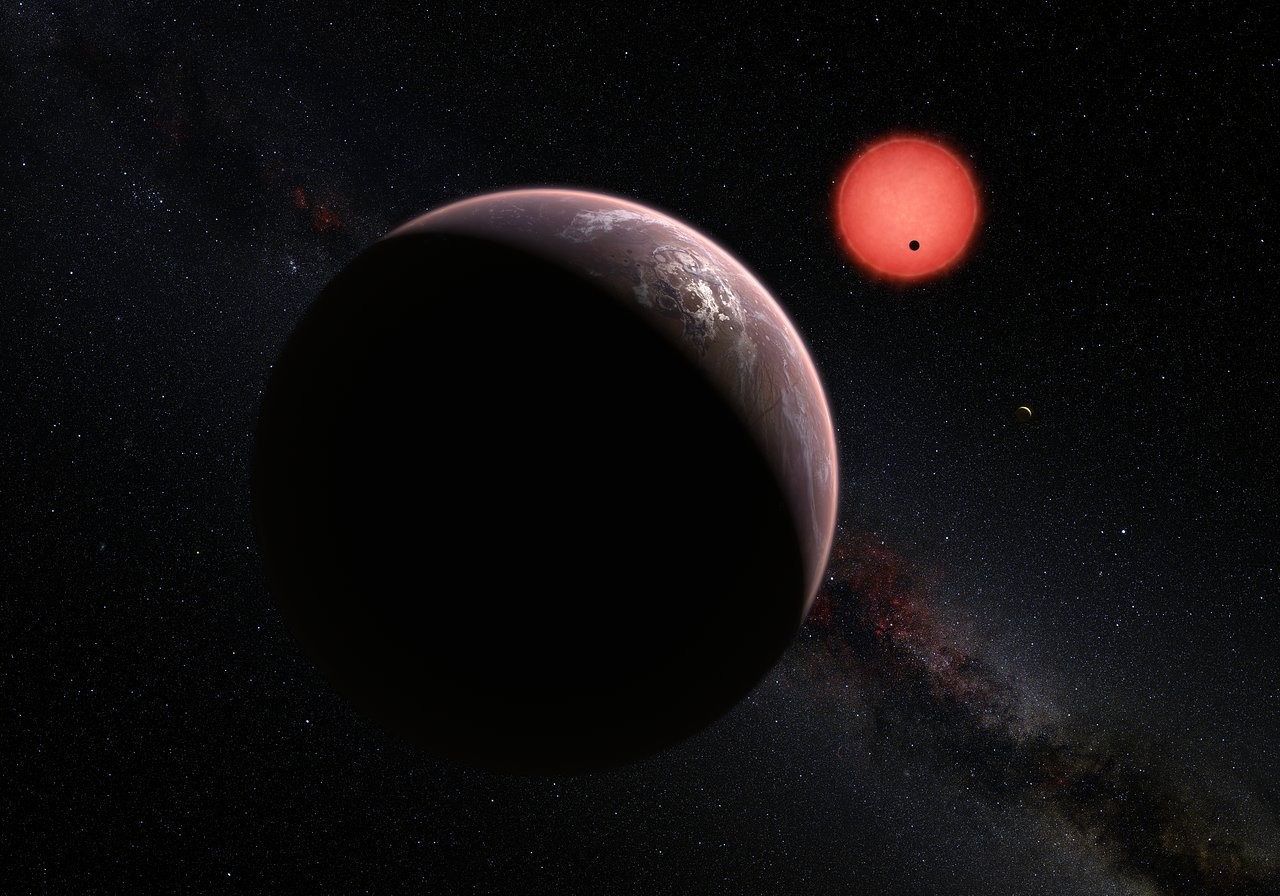 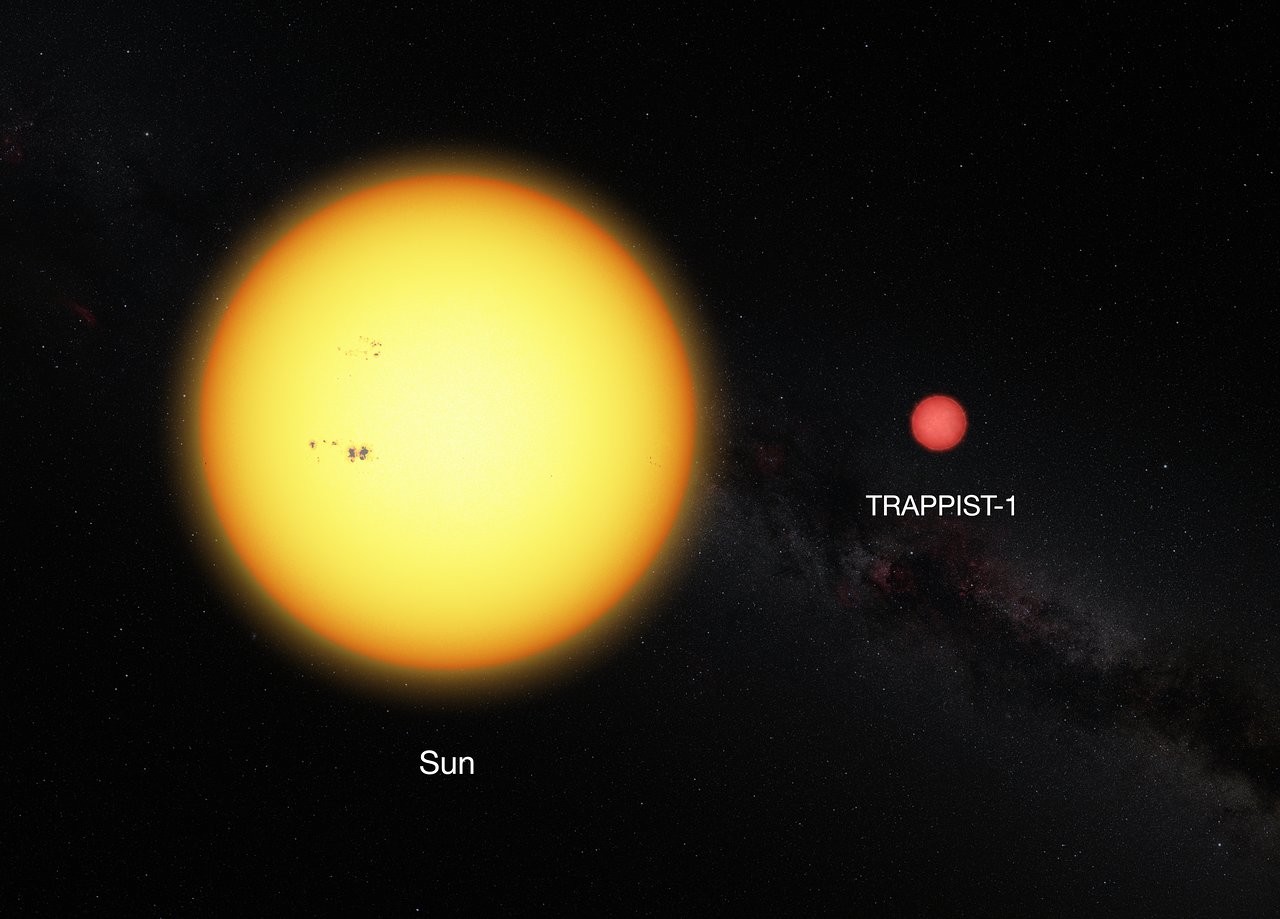 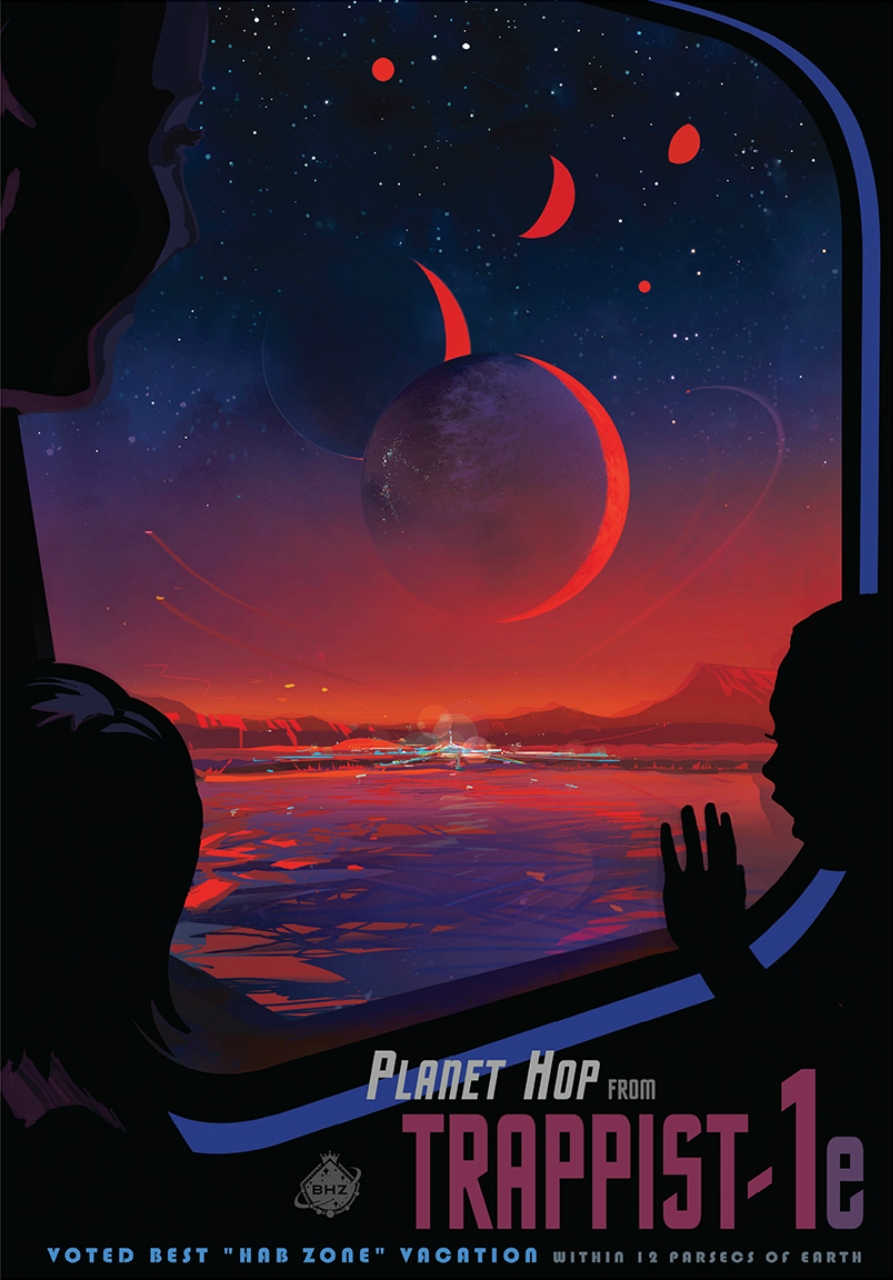 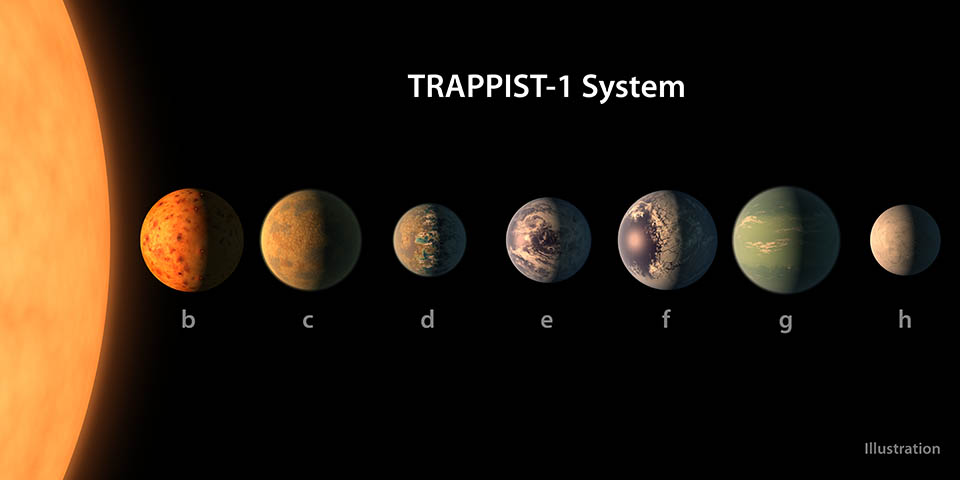 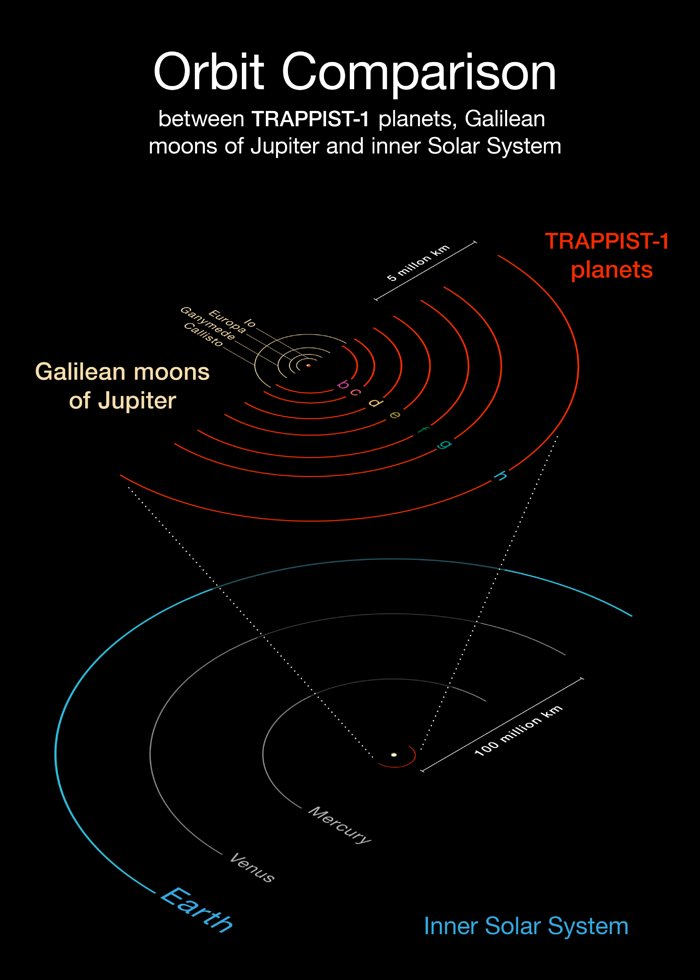 This diagram compares the orbits of the newly-discovered planets around the faint red star TRAPPIST-1 with the Galilean moons of Jupiter and the inner Solar System. All the planets found around TRAPPIST-1 orbit much closer to their star than Mercury is to the Sun, but as their star is far fainter, they are exposed to similar levels of irradiation as Venus, Earth and Mars in the Solar System. 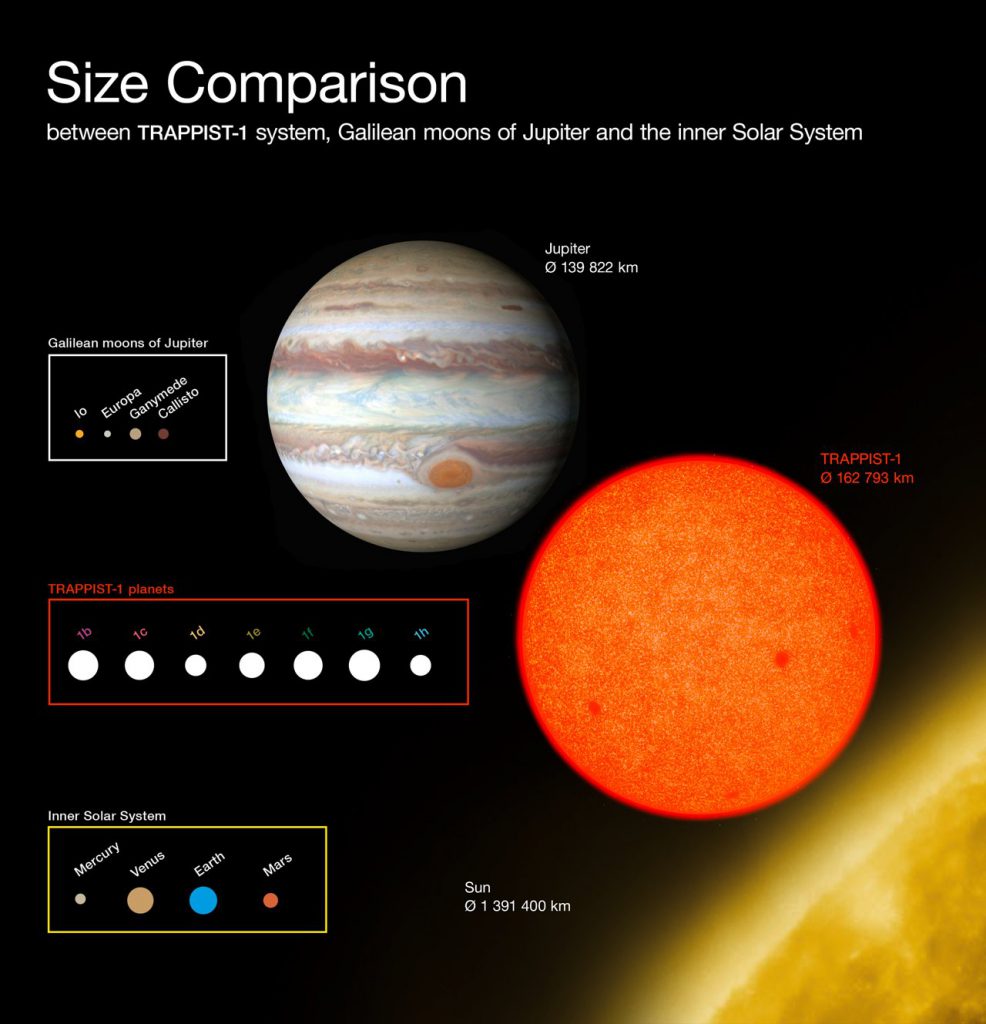 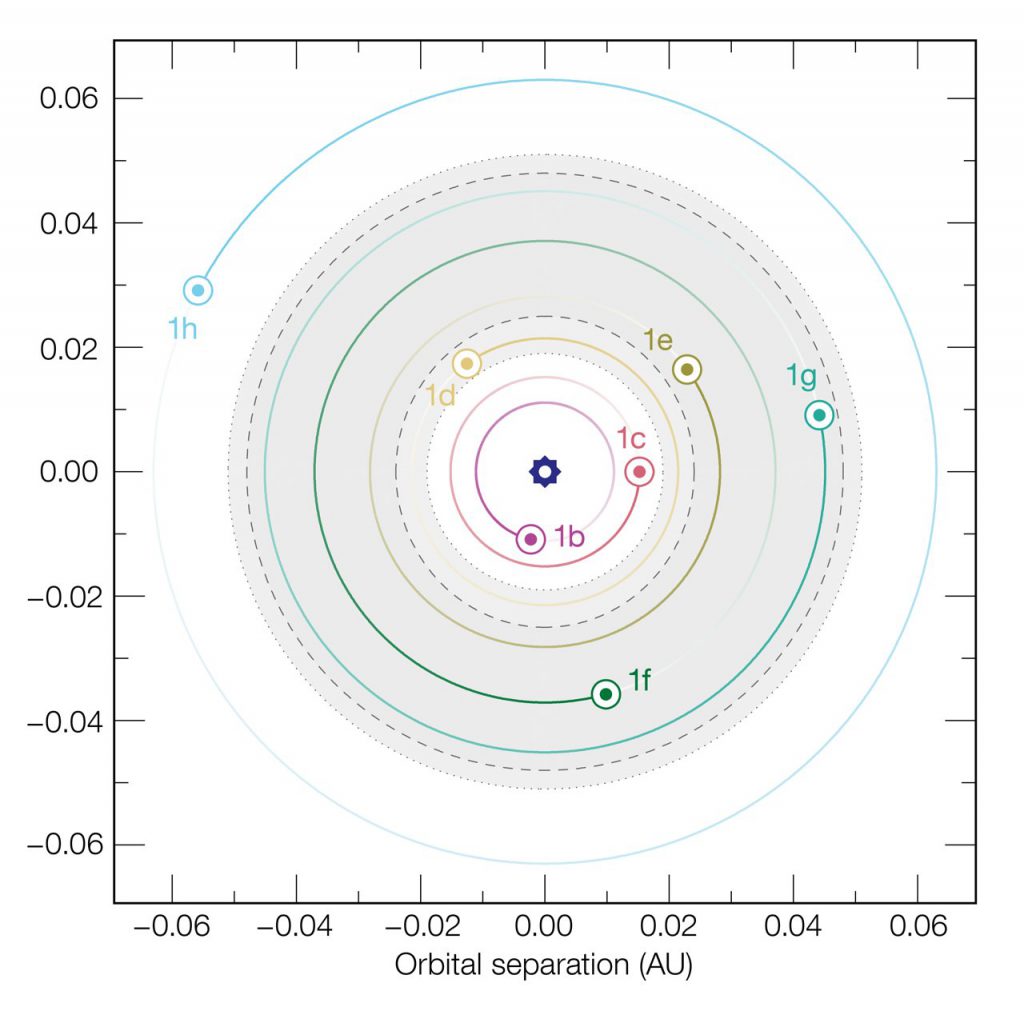 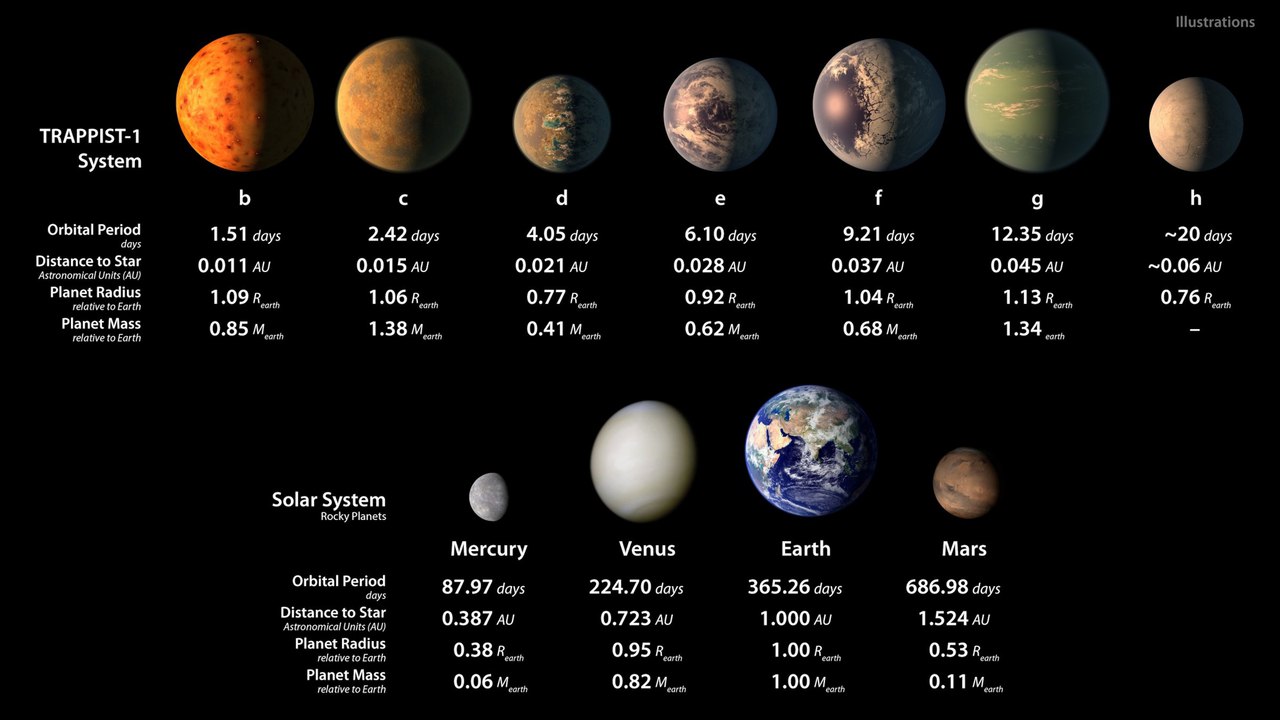 All seven exoplanets are located very close to each other. NASA even designed a poster: how the people of Earth see the Sun and the moon, the inhabitants of any of these planets seen in the sky six others. By the way, a curious detail. Astronomers believe that all these exoplanets are all the time facing the same side towards the star, i.e. one side is always day, the other always night.

The study was made possible thanks to the powerful Spitzer telescope, which is observing in the infrared range. Spitzer launched back in 2003, and while this is his greatest discovery for 14 years.

However, to check whether there is still life on these planets until you get it. Do not allow technology. Star TRAPPIST-1 is 40 light years from the Sun.

The spacecraft that would be able to get there will require radiation protection, and the invention of new generation engines and fuel. But this is a real prospect. Ultimately, we want to go beyond the Solar system. The main thing is not to stop. Because at the time, and the Spitzer telescope seemed a miracle, explains the assistant head of NASA Thomas Zurbuchen.

But to study the planet’s atmosphere – is quite real. And in 5 years when scientists will be technology that will allow it to do. That is one step closer to the answer, is there still life beyond Earth.