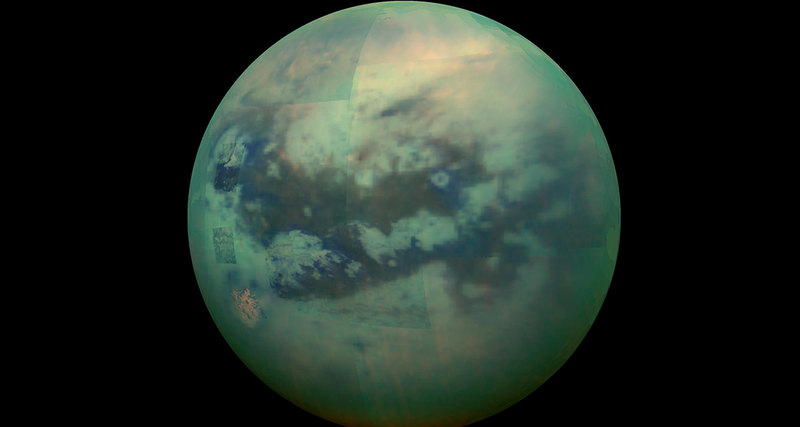 There are not many snapshots of Titan’s surface among scientists: those that are made by terrestrial telescopes are very blurred. It is not so much the distance that interferes as the dense opaque atmosphere of Titan, through which little can be discerned. There is also an array of photographs taken by the Huygens landing gear and transmitted to them on the radio orbiter Cassini: for today, these are the only photographs of the satellite’s surface in high resolution.

The samples collected by Huygens during the fall and after, made it possible to draw a conclusion about the composition of the atmosphere and soil of Titan. The world turned out to be unfriendly: although the basis of the atmosphere is nitrogen, as on the Earth, the second place is taken by methane. From it are clouds and rivers of Titan. Whence on Titan methane is taken, till now remains a riddle.

The river beds on all three celestial bodies – Earth, Mars and Titan – are formed in different ways, but the earth will remain “superfluous” in this series: its relief, mountains and valleys constantly change due to the movement of tectonic plates, and the rivers follow the changes in the relief. Neither on Mars, nor on Titan there are no tectonic pitches.

On Mars, the beds of long-dried rivers go along the hills, indicating that the latter formed much earlier than the water paved its way. On Titan, the flow of methane rivers has been influenced and continues to affect more modern geological processes – perhaps changes in the thickness of the ice crust under the influence of Saturn’s gravity.