What color is Mars really? 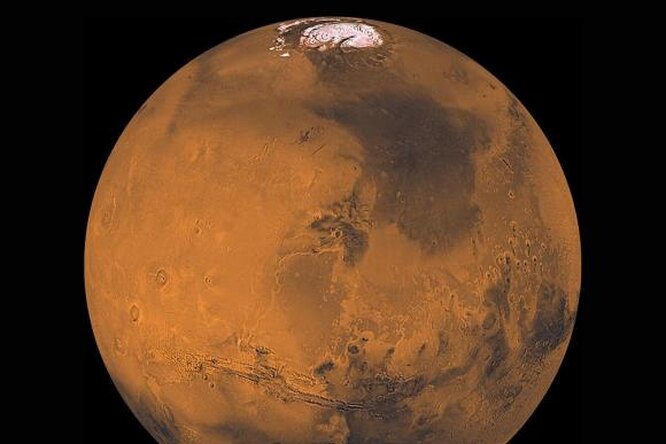 If you look into the evening sky, you will easily recognize Mars by its red color. However, photographs of Mars taken by rovers on the surface of the planet itself show that the color palette is much richer. So what makes Mars the “Red Planet” and why even in close-ups does its color look different?

Mars is often referred to as the “Red Planet”, although its actual color may surprise you

The short answer to the question of why Mars appears red, or at least red-orange, is that the surface of Mars contains a large amount of rust – iron oxide. Iron oxide forms a rusty dust that floats in the atmosphere and covers most of the landscape in a thick layer, painting it in appropriate colors. But then where does the rest of the palette come from on Mars?

Due to the dust in the atmosphere, Mars looks like a reddish-brown sphere of rusty iron from space. When viewed from the surface, other colors are visible, because rust comes in different colors – after all, the mineral composition of the planet is not limited to iron alone. But even in this case, everything is not so simple. While red is a common rust color, some iron oxides are brown, black, yellow, and even green! That is why just because you see green on Mars doesn’t mean plants are growing on the planet or bacterial life is thriving. As on Earth, the greenish tinge of Martian rocks is primarily due to minerals.

So, you might be wondering where all this rust comes from, since there is more iron oxide in the atmosphere of Mars than on any other planet. Scientists still have not come to a consensus on this score, but many believe that iron was pushed into the atmosphere by volcanoes, the eruptions of which shook Mars in the distant past. Solar radiation caused water vapor from the atmosphere to react with this iron, causing it to oxidize and form oxides. In addition, iron oxides can also enter the planet from iron meteorites, which likewise react with oxygen under the influence of solar ultraviolet radiation to form rust.