What could we miss, looking for life outside the Earth 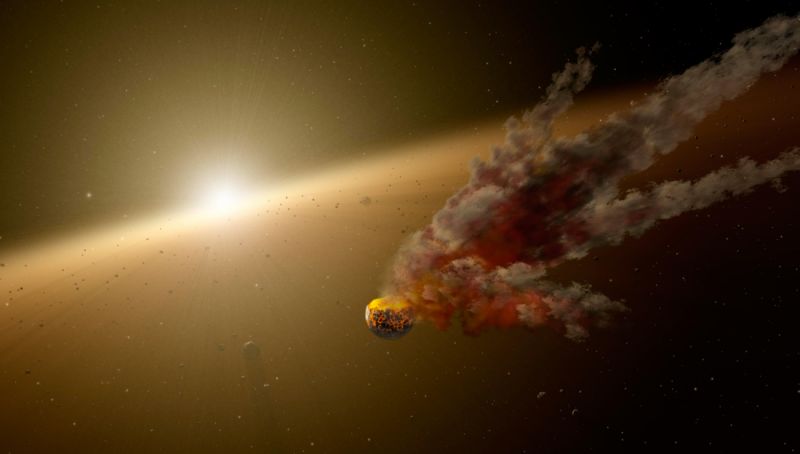 The icy moon of Saturn Enceladus is currently a priority candidate for traces of organic life within the solar system. It is believed that in a warm subsoil ocean, which heats the core of the moon through geothermal mines, contains all the necessary ingredients for the preservation and even vital activity of extraterrestrial microorganisms. If successful, their detection will be one of the largest scientific discoveries in the history of mankind.

A new article by astronomer Jason Wright called Prior Indigenous Technological Species raises the question: have we exhausted all the possibilities in search of a reasonable, and not just a microscopic life? Contrary to expectations, Wright does not offer evidence of the existence of extraterrestrial civilizations, but reflects on the fact that humanity could have missed some of the critically important “clues”.

Wright offers the idea of ​​searching for “technosignals” in the solar system. These signals are nothing more than traces of the activities of that life, which could hypothetically exist millions, and even billions of years ago on other planets. It is known that Mars, and after him Venus, in the opinion of astronomers, could once be suitable for the forms of life that we are accustomed to. But what are technosignals different from biosignals, which NASA intends to look for in the coming years?

The biosignal, according to Wright, is a sign of the simple existence of life, while techno-signal is a proof of its technological activity. An example of a techno-signal is, for example, an artificial radio signal or an architectural building. The astronomer believes that if one should look for traces of extraterrestrial civilizations, then first of all in underground caverns of natural or artificial origin. Such isolation could allow traces of man-made extraterrestrial activity to survive even after huge (by terrestrial measures) intervals of time. “When we say” ancient “as applied to terrestrial culture, we imply that the phenomenon is a thousand or several thousand years. But on a cosmic scale, “ancient” are civilizations whose age can be millions or even billions of years – in which case they could have already ceased to exist long before life appeared on the Earth, “the scientist explains.

So why have not we found traces of artificial activity on other planets so far? According to Wright, even earthlings excel “perfectly” the traces of their activities: despite the turbulent activity for tens of thousands of years, some cultures are known to ridiculously little – all thanks to the accidental finding of an archaeologist or paleontologist. Imagine how much traces of even a highly developed civilization will be erased in millions of years!

In his work, Wright encourages us not to lose hope and suggests studying, in the first place, the oldest rocks on Earth, in which unnatural isotope ratios can be found, which will at least give a hint of the potential activity of life that existed before people. Unlike the Earth, the age of the surface of Mars and Venus is huge, and therefore the study of their composition is much more promising: if no isotopic traces are found on their surface and under it, then the solar system was very unlikely indeed.