What do we know about the solar corona? 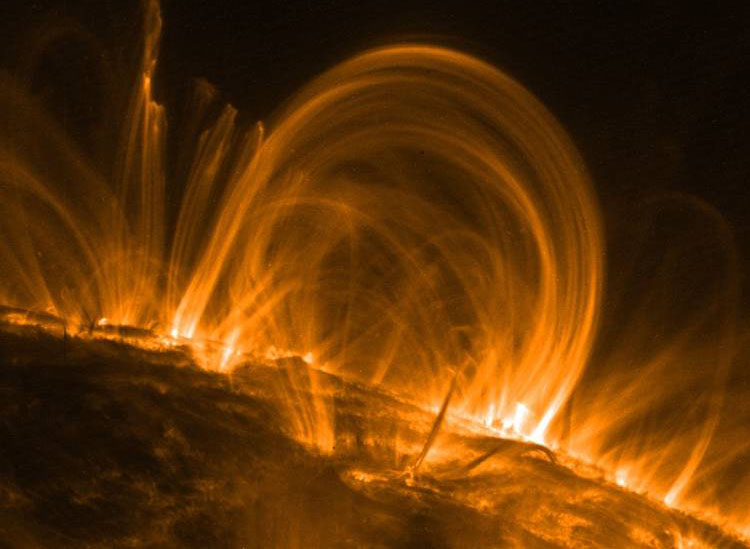 In the universe there are many things that we do not understand. And some of them are very close (on astronomical scales, of course). The heart of our solar system – the Sun – still hides many secrets. Full solar eclipses give a rare chance to learn more about the unusual external atmosphere of our star.

Over the past century, scientists have figured out the process of a nuclear explosion that feeds the Sun for billions of years, learned about neutrinos that are ejected as a result of violent reactions in the nucleus, simulated the process of energy transfer by conduction and predicted the fate of the Sun, which will become a white dwarf in a billion years.

But the crown is something else. The thin rarefied outer atmosphere of the Sun extends to millions of kilometers behind the photosphere – what we see and consider as the “surface” of the sun. Therefore, the crown is larger than the main body of the Sun.

The crown is so dull that it is usually completely suppressed by the light that the photosphere exudes. But during a total solar eclipse, this light is successfully blocked, and we see the moon, which is ringed by the solar halo. The crown finally has the ability to shine. If you are in the US on August 21, you may be able to witness this amazing spectacle.

You would not feel this warmth if you went through the crown. The crown is incredibly thin, and its temperature is an indicator of the average velocity of the particles that make it up. A high temperature means that a single particle will hit you at the speed of a bullet, but if there are not a number of particles, you can barely feel a warm breeze.

So, why is the crown so hot despite the fact that it extends far beyond the surface of the Sun? Scientists do not know for sure.

Perhaps it’s the magnetic fields. We know that, like a rotating ball of charged particles, the sun carries very hot magnetic energy. Magnetic fields are distorted and bent and, in the end, can break, releasing a huge amount of stored energy as a result.

Does the process of releasing magnetic energy feed the crown? The power of energy is associated with a cycle of sunspots, so, most likely, yes. But scientists have not proven this, despite years of research and simulation.

Therefore, if you suddenly manage to personally see the plasma greatness of the solar corona in August, try to unravel the mysterious nature of our star!