What does Hot Jupiter leave behind? 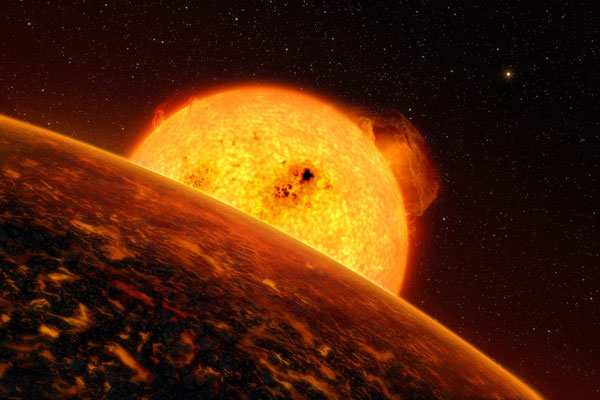 Among the various types of exoplanets is one very unusual category of planets. These are planets with an ultrashort period the size of our Earth. The period of their rotation is less than two days.

According to one theory, such planets could earlier be hot Jupiters, which revolve around their stars at a very short distance. Their close orbit led to the fact that the atmospheres of these planets evaporated, leaving behind only their dense nuclei.

In a new study, a team of astronomers led by Joshua Winn from Princeton University found a clever way to test this theory.

As a rule, stars, in orbit of which there are Hot Jupiters, possess metallic properties, which are much higher than in any other planets around traditional stars. Scientists suggest that this is due to the fact that the planets are born from the same materials as their parent stars. Hot Jupiter requires a large amount of metals for its formation.

Exoplanets with an ultrashort period are actually solid nuclei of the former Hot Jupiters, therefore their stars should have high metallic properties.