What form does the universe have and is it infinite 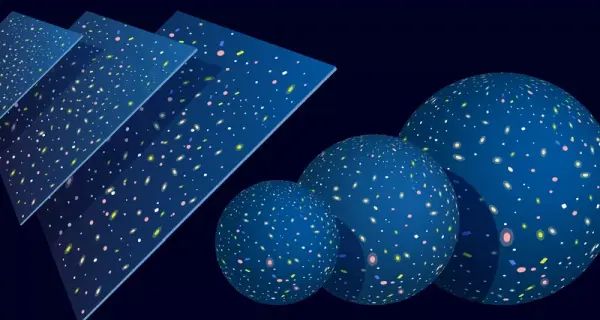 We live on a relatively small rocky planet that orbits a medium-sized star. It seems to us that the universe in which we live is infinite. But is it really so?

The question of the shape of the Universe is still open. The data that astronomers were able to obtain, being on the outskirts of not the largest galaxy, show that the shape of the space in which we live must be a three-dimensional Euclidean manifold. This means that at any point in space you can “cut” a sphere or a cube of any size and they will turn out to be the same.

Based on this data, the researchers were able to identify three possible geometries of our universe: flat Euclidean, spherical with positive curvature, and hyperbolic with negative curvature. They also differ in different laws: for example, if in Euclidean geometry the sum of the angles of a triangle is 180 degrees, then for the other two geometries this value will be different. On a small scale, we see that the angles of the triangle when added give exactly 180 degrees, which means that the Universe, when considered in this way, has a flat Euclidean geometry.

But Euclidean geometry includes 18 manifolds. Which of them best represents the space in which we live? Using astronomical observations, scientists were able to identify 10 possible options, but the exact shape has not yet been established. Data from the Planck Observatory, published in the journal Nature, suggests that the universe is not flat, but closed, but they do not show the exact shape.