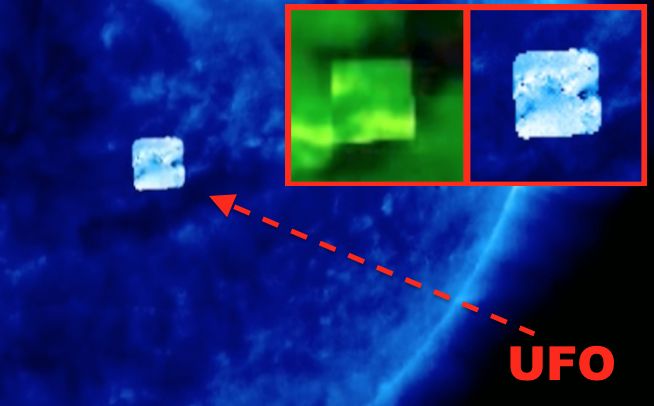 In 2016 ufologists managed to expose several new secrets and artful secrets of NASA. It is easy to do it because NASA posts on the Internet all scientific data and pictures taken by spacecrafts long ago.

In space ufologists know of existence of life long ago. These rumors were confirmed in 2014 when the Russian scientists found traces of sea plankton on windows outside of the International Space Station. The head flight of the Russian segment of the ISS Vladimir Solovyyov reported about this unique opening.

Poosteyshy microorganisms — it is terminating, not the single entities in near-earth space. On one of video filming from an ISS board last year many noticed the mysterious pink object hanging near the station. 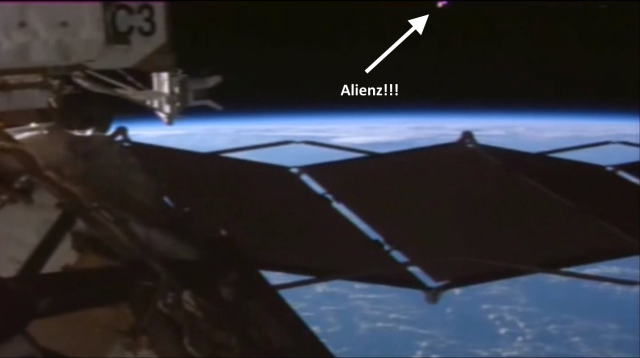 Scientists tried to give this object for some patch of light — reflection something in the station.

But it is not the single photo with the ISS with mysterious objects in a shot. For example, the lengthiest cigar-shaped object got into the shot during shooting of the Southern India from an ISS board in November, 2015. It it is well visible in the right top corner of the photo. 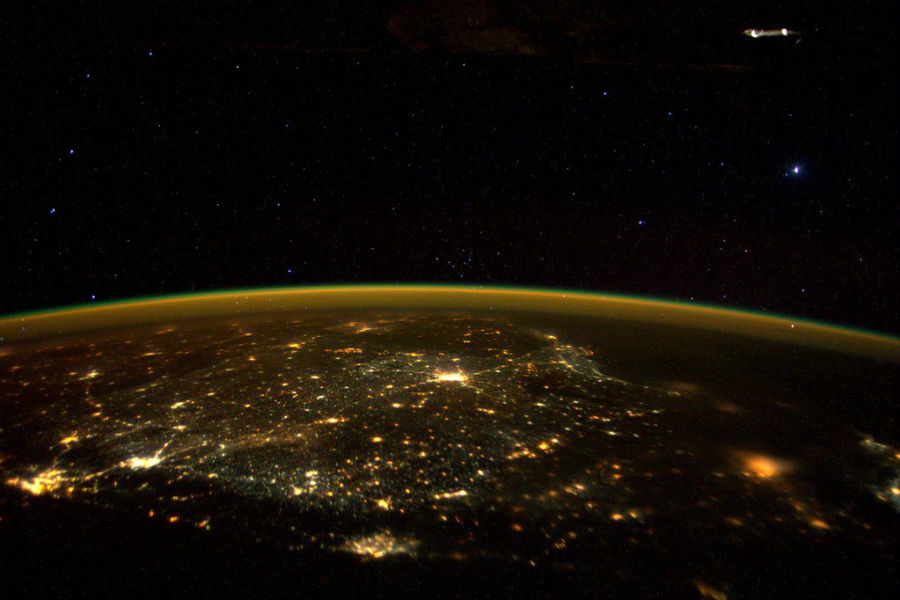 Information instantly dispersed on social networks, received thousands of retweets and likes. The video with the UFO gained nearly one million viewings. Scientists found a foreign explanation for a phenomenon again. They told that there allegedly a part of a structure of the ISS.

This year the administration of NASA had to work much too to explain mysterious objects which are periodically noticed in photos.

Conspiracy theorists are absolutely sure that NASA edits a video stream from an ISS board. These rumors especially amplified in July, 2016 when NASA suddenly turned off live video broadcasting from a board of the station just while the camera was come into the view by the unidentified flying object. 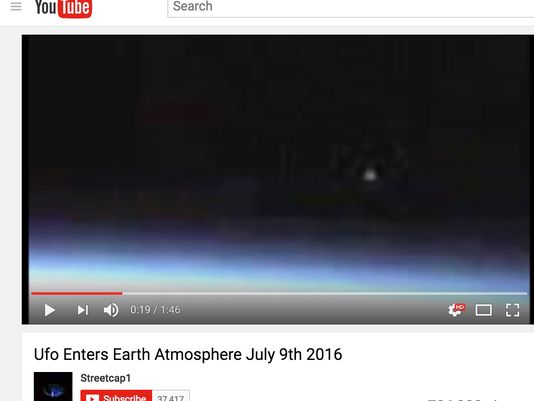 Object began to fall by Earth when broadcasting suddenly was interrupted because of technical problems sluggishly. The representative of NASA in the official comment declared that broadcasting was not interrupted expressly, and cameras onboard the ISS work in the automatic mode. Just the station periodically leaves a zone of reception of satellites of system of maintenance of objects and data transmission (TDRSS) which accept a video stream from cameras.

One of vigilant users under a nickname of Streetcap1 wrote down a video stream directly before broadcasting failure — and laid out it on YouTube. For last months videos looked at about 4 million times.

It is unknown how landing of the strange object to Earth is bound to a large hole directly on the North Pole of our planet which allegedly was discovered for few months before. In May, 2016 the concerned user of secureteam10 informed mankind on the portal. 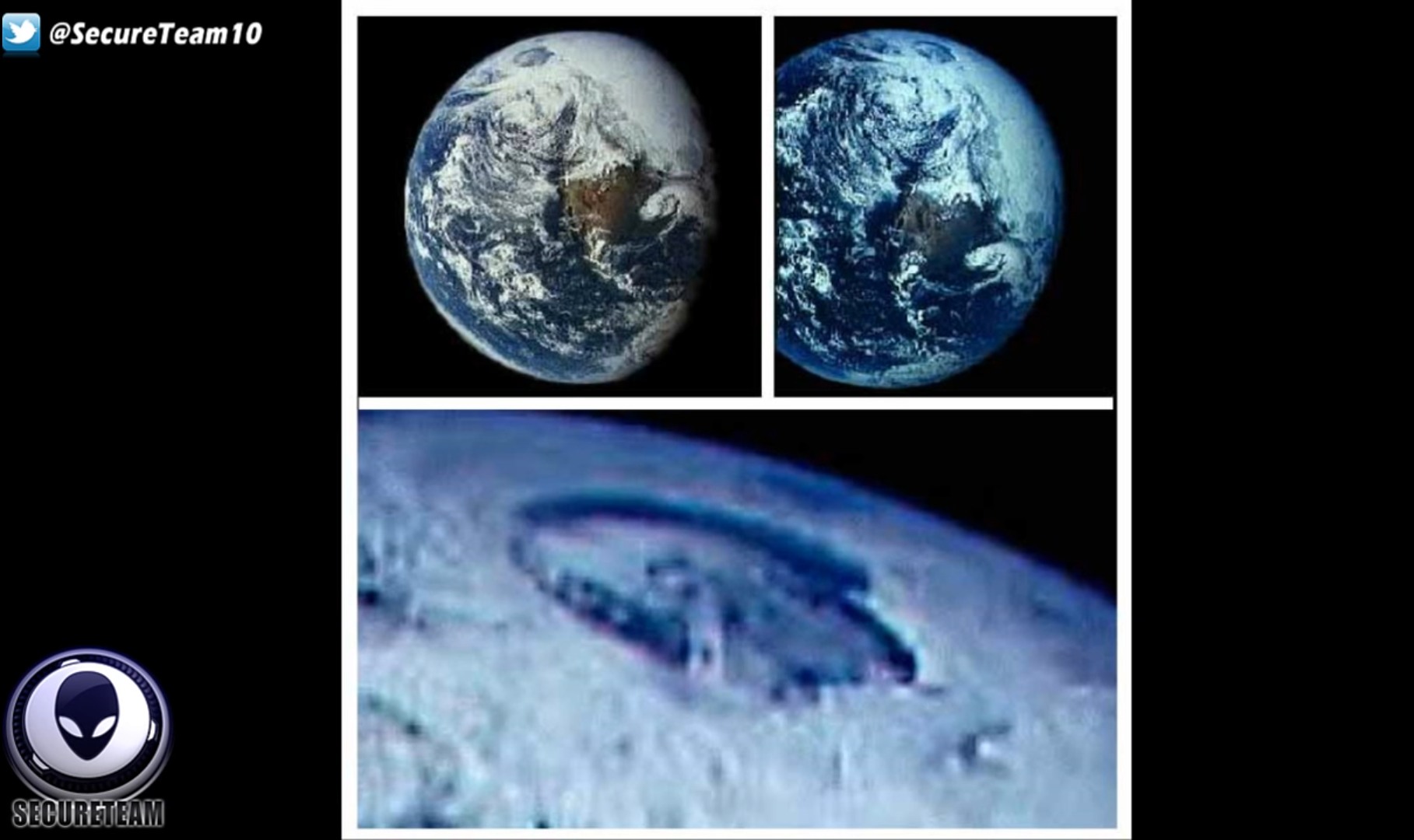 So far 13-minute video gained 2,3 million viewings. The author piles on the agony, compiling a set of aged satellite photos which prove what “is caught by NASA red-handed in attempts to hide the truth”.

At the movie there is a fragment of a video of NASA during flight over Antarctica when directly during approach to the portal the astronaut suddenly closes a camera lens. Very mysteriously.

It is strange that creators of the movie show aged photos while there is a large number of urgent photos of poles in much best quality. For some reason in photos of the North Pole no hole is visible. 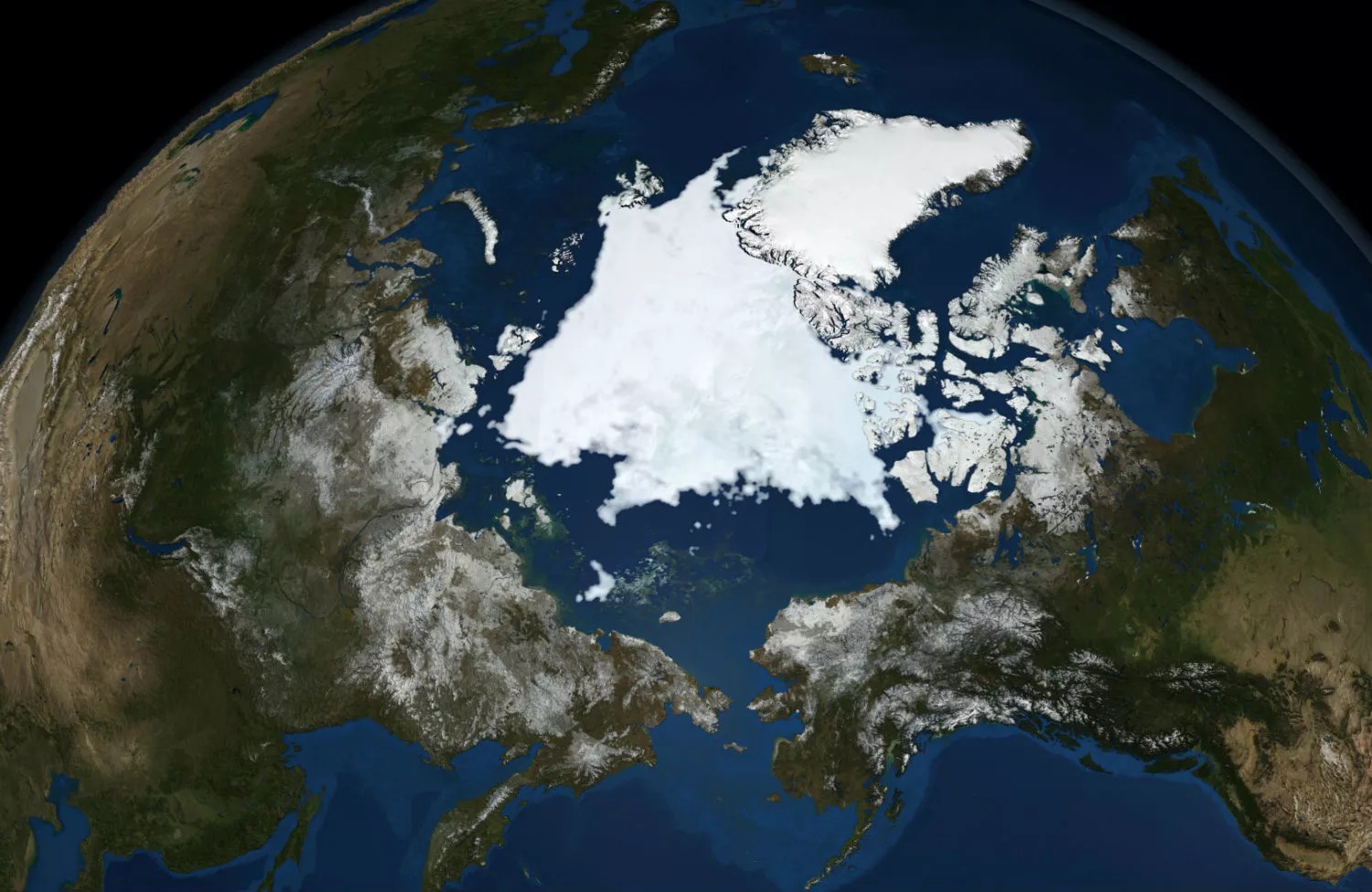 And still did not drain in the scientific station on the South Pole anywhere.

By the way, in other video above the made mention author of secureteam10 proves that NASA hides a certain object in the pictures of the Sun taken by the Solar and Heliospheric Observatory (SOHO) spacecraft.

This cubic object which “exhausts energy from the Sun” gives the NASA agency for “pixel glitches”. 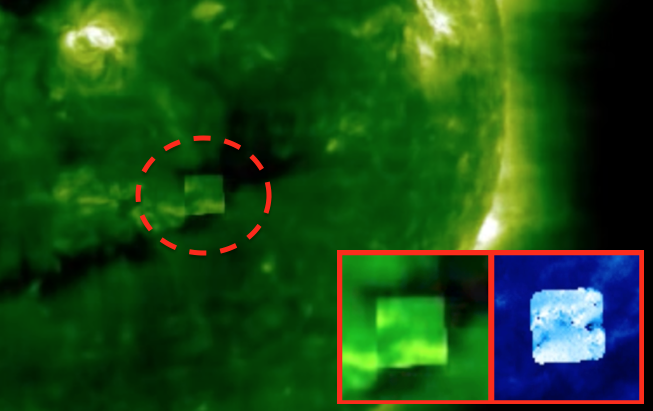 According to ufologists, the explanation of the government does not maintain to any criticism because a cubic object is photographed by two different cameras at different times, and the cube remained in the former place, “continuing to exhaust energy from our star”.

If you noticed the strange objects in photos of Mars, the Sun and from Earth orbit too, report in comments.