What sounds from Mars speak about 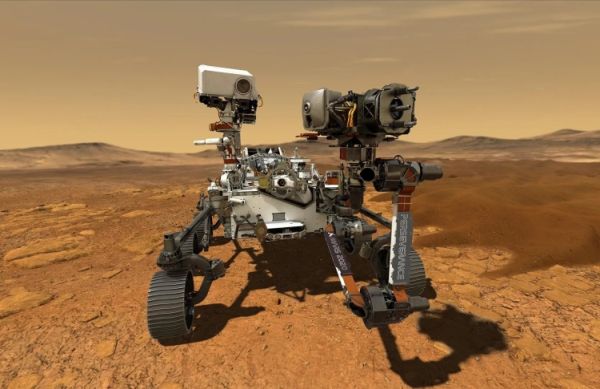 NASA has released sounds from the surface of Mars. Now you can not only admire the landscapes of the Red Planet, but also hear for the first time how it sounds.

Crackling and hum are heard on the recording. Sound can travel in any atmosphere. On Mars, it is, albeit a hundred times less dense than on Earth, which means that pressure fluctuations also occur there, which lead to the appearance of sound waves.

The audio recording was made by the Perseverance rover, which means persistence in English. On February 22, NASA showed a video of its landing on the surface of Mars. There are several cameras on the rover, and – for the first time for a Mars rover – two microphones. From a scientific point of view, audio recording is of little interest. Rather, it is a PR move – sounds from another planet. However, microphones can also come in handy in Mars exploration.

“The rover has a laser that shoots at stones at a distance of 5-10 meters from the rover. And at the moment when the plasma is formed, they hope to record a cotton with a microphone. And by the strength of this clap, there is a hope to get a certain correlation with how much the stone is. strong, with its density, “- said Daniil Rodionov, head of the laboratory at the Institute of Space Research of the Russian Academy of Sciences.

By the way, the rover of the Russian-European mission ExoMars-2022 will also have microphones. They will also record the sounds of the planet. And perhaps from a different point Mars will sound a little different.