What was the future of interstellar travel?

In 1973, the British Interplanetary Society, the first and oldest organization whose goal was exclusively space research, development and support of astronautics, launched a large-scale five-year project to find and create the most promising design of an unmanned spacecraft intended for interstellar travel. The first among the proposed solutions was “Daedalus”. This plan looked even more ambitious and set the key goal of finding the opportunity for manned travel to different stars with the aim of using technologies of the near future. 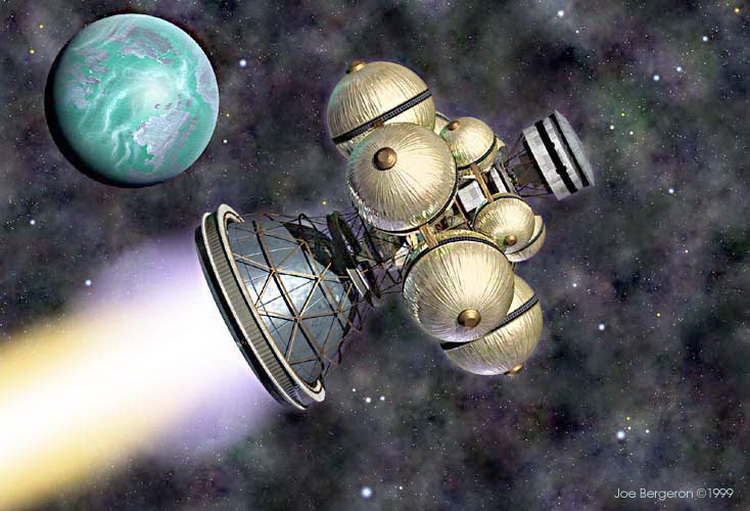 How to achieve the necessary speed, to accumulate a sufficient amount of energy and at the same time not to burn the spacecraft and people on board it to ashes? The tasks are clearly not simple. The Daedalus project team decided to use short-term nuclear acceleration, which would overcome such difficulties. The proposed system worked in this way: in the parabolic magnetic fields located behind the spacecraft, small thermonuclear explosions will be made, whose energy will accelerate the spacecraft with the maximum possible efficiency level.

Of course, for the realization of interstellar travel it will be necessary first to think of how to disperse the spacecraft to a speed exceeding 10,000 kilometers per second. But this is only part of the problem. The second question is, who in this case will manage the ship? As a probable solution, the possibility of using an independent autopilot system was considered. As fuel for the reactors, it was proposed to use the helium-3 isotope, which can be produced in the atmosphere of Jupiter or directly on the surface of the Moon.

Ultimately, in the final report of 1978, it was loudly stated that interstellar flights were indeed possible, but engineers did not begin to create a working prototype.

Nevertheless, it would be premature to call the project Daedalus an impossible dream. Numerous reports show that modern space agencies and universities of the world continue to study the ideas of using nuclear energy as the driving force of spacecraft, which were laid down by the Daedalus project more than 30 years ago. 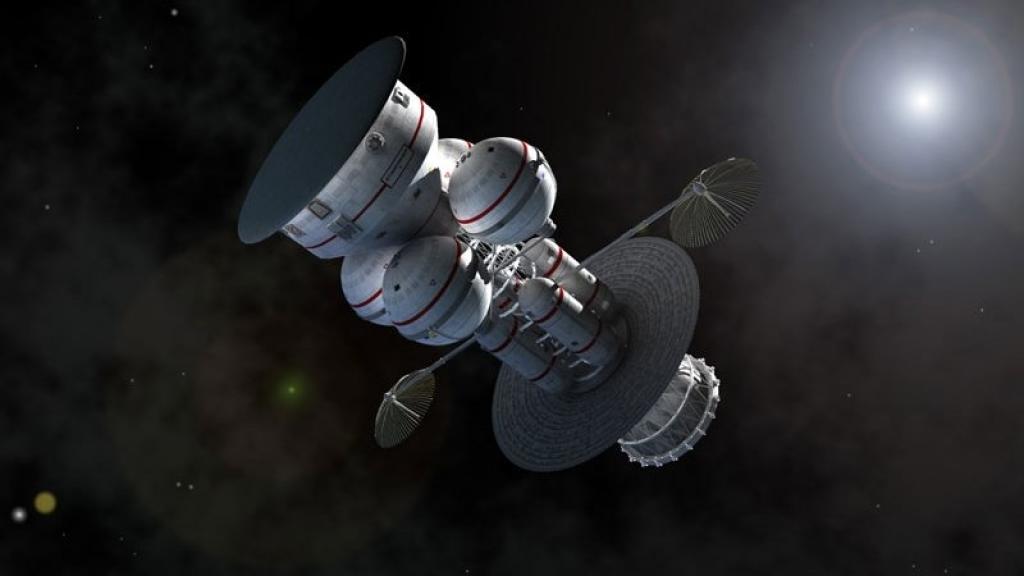 Members of the British Interplanetary Society and the Tau Zero Foundation in 2009 launched the Icarus project, whose goal is to theoretically assess the possibility of creating a spacecraft with a thermonuclear engine designed for interstellar travel. Subsequently, the results of the work can turn into the design of an unmanned space mission.

More than 20 scientists and engineers took part in the project. Their task was to design a propulsion system based on a thermonuclear reaction and capable of providing acceleration of the ship to 10-20% of the speed of light. In fact, Ida was based on the Daedalus project, but in the future Ikar was to become an independent project, with very little borrowing of Daedalus elements. “Ikar” was planned to be completed in 2014, but the work continues. At the moment, the organizers are looking for volunteers who could complete it. 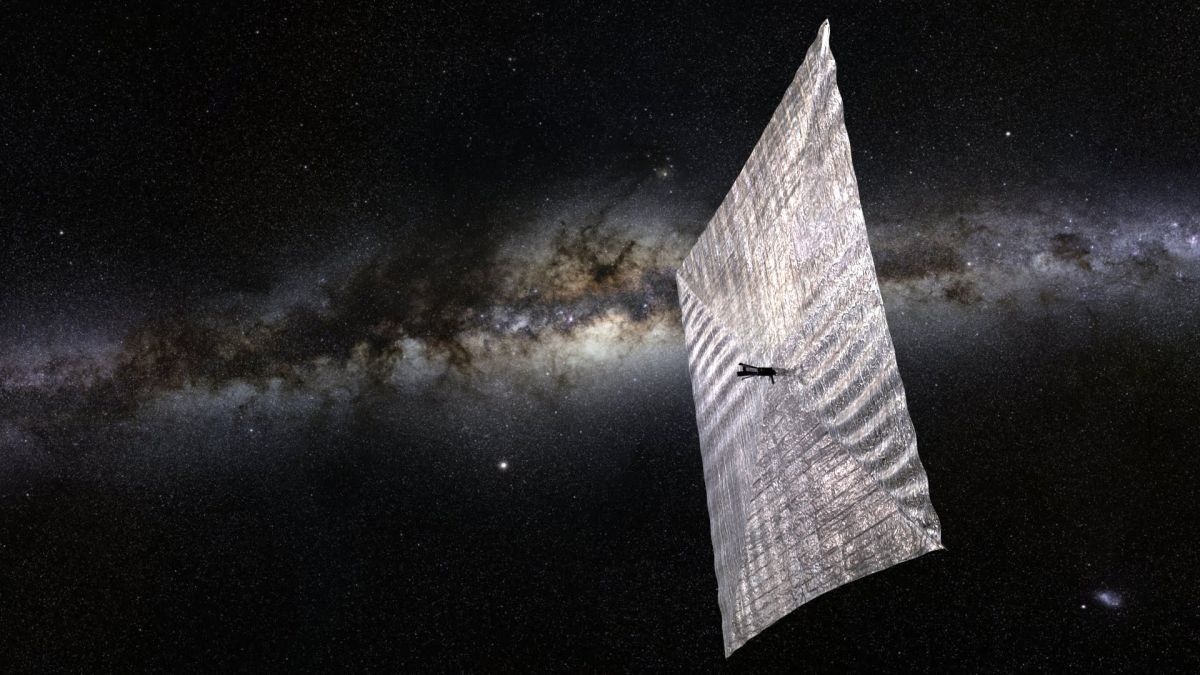 The planetary society launched a project called “LightSail” to study the possibility of developing a spacecraft operating entirely on solar energy and accelerated exclusively by sunlight. After several unsuccessful attempts of the LightSail 1 program in 2015, it was still possible to successfully complete the trial launch and the deployment of the solar sail. A new version of the solar sail, LightSail 2, is planned to be launched into the Earth’s orbit using the SpaceX Falcon Heavy rocket in 2018.

The concept of using solar sail as an engine system is far from new. Even with the discovery of the first photons, astronomers such as Johann Kepler began to dream and theorize in the 1600s on the possibility of collecting solar energy and converting it into a pulse to give another object acceleration.

Modern scientists have not lost this desire. Take at least Stephen Hawking and his project called Breakthrough Starshot. As part of his recent stay in Norway, Hawking talked about how a small space probe could “travel on a ray of light” at a speed of about 160 million kilometers per hour. Of course, like any ambitious project, Breakthrough Starshot will first have to overcome and no less ambitious problems, before something can happen. 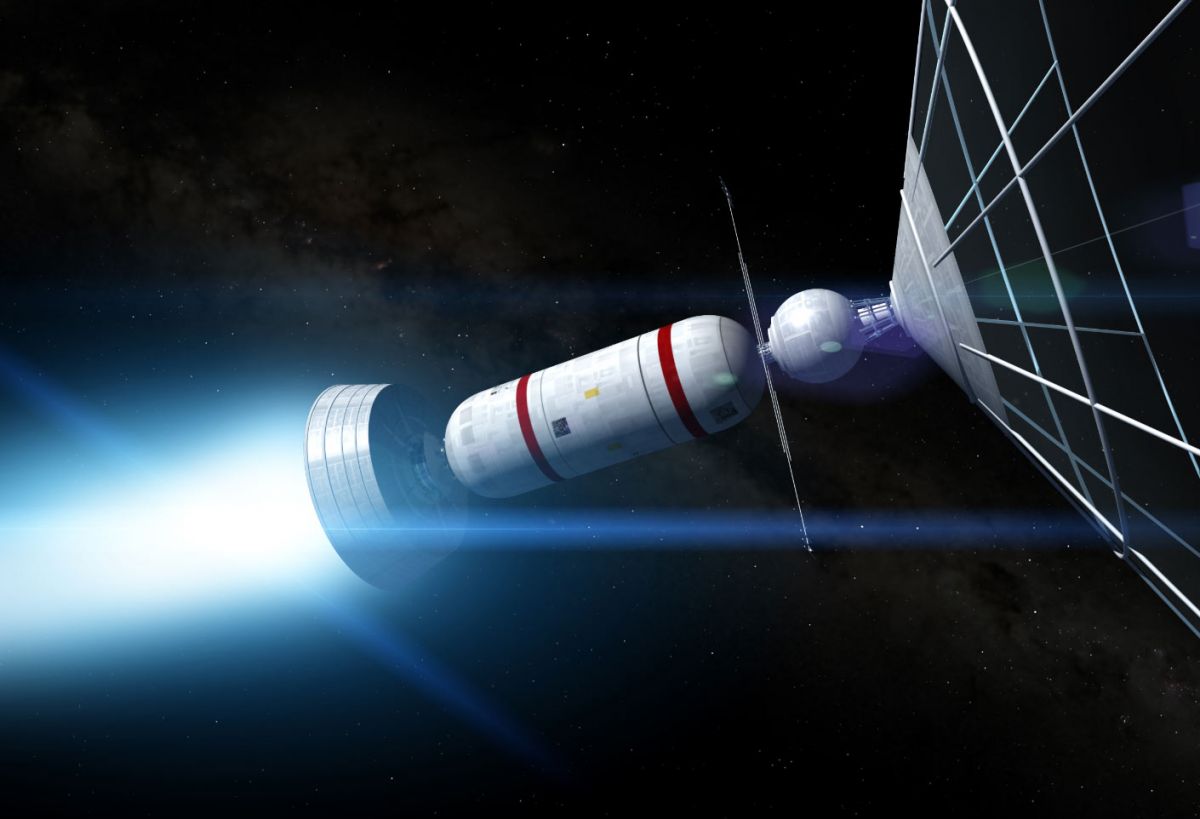 In 1960, the American physicist Robert Bassard introduced the concept of an interstellar spacecraft capable of moving with incredible speed. It is based on a system capable of capturing the substance of the interstellar medium (hydrogen and dust) and using it as a fuel in the thermonuclear engine of the ship.

According to Bassard’s calculations, the engine requires an intake of interstellar matter from an area of ​​almost 10,000 square kilometers. For this, in turn, the use of an electromagnetic (electrostatic ion) collecting collector of a huge diameter and an extremely high field strength will be required. Further analysis, however, showed that the mass of the collected matter would still be so low in this case that it would cast doubt on the effectiveness of the system. 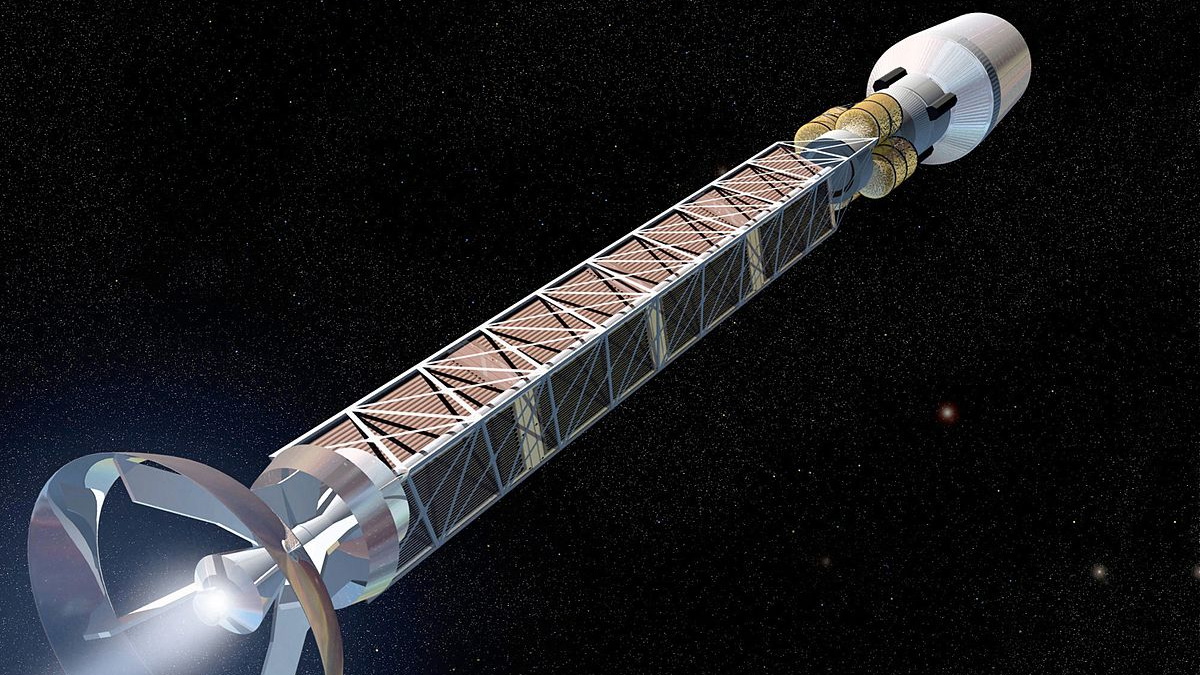 Using hydrogen isotopes as a fuel for nuclear reaction and producing the necessary traction for interstellar travel has become an impossible dream. A new direction of development was chosen rocket accelerators on antimatter, where the interaction between ordinary matter and antimatter causes annihilation of both and creates a colossal level of energy.

If we imagine the possibility of a directional release of a huge volume of this energy, then the created energy explosion caused by the mutual annihilation of colliding atoms could be used as a working medium for the motion of the spacecraft. However, we are still far from being able to conduct such tests in real conditions.

In addition, the use of antimatter as a fuel for rocket engines will impose a number of limitations: first, as a result of the reaction, an incredibly high level of gamma radiation will be created; secondly, it is difficult to obtain a sufficient amount of antimatter; and third, the amount of possible payload that can be taken with you becomes very limited.

Nevertheless, the NASA Institute for Advanced Concept Research has invested in research into the probability of creating a space vehicle for antimatter, which will be deprived of at least the first mentioned problem. According to the researchers, if we use positrons (antiparticles of electrons) as the main element of antimatter, then the energy parameters of gamma rays will be much lower.

Another study allows to solve the second problem in the list, by using the so-called sail on antimatter. The creator of this concept is Gerald Jackson, a former physicist at Fermilab. Jackson suggested a campaign to raise funds at the Kickstarter. To create and test the working prototype, it was necessary about $ 200,000. However, the actual amount of implementation and implementation of this technology will, of course, require much more financial costs.

The concept of the spacecraft IXS ENTERPRISE 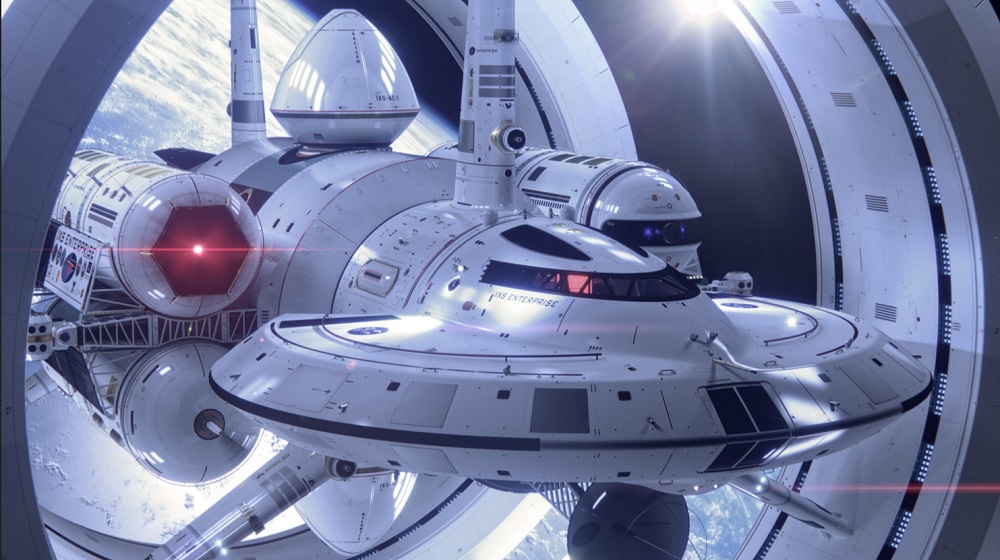 The NASA aerospace agency offered its version of a “start-up” -like spacecraft with the possibility of warp accelerations in 2016. In the presented photos you can easily see the details of the USS Enterprise ship from the iconic cable car. The creator of the concept Mark Rodmaker shared in an interview with the Washington Post that the purpose of this work was to inspire young people to choose the career of an engineer for the development of space vehicles.

According to the concept of this project, the ship IXS Enterprise uses not a nuclear reaction and antimatter to move in space, but a warp engine. Large ring-shaped structures around the ship create a “warp-bubble”, which reduces the amount of energy required to operate the warp engine.