What will bring us the coming solar minimum 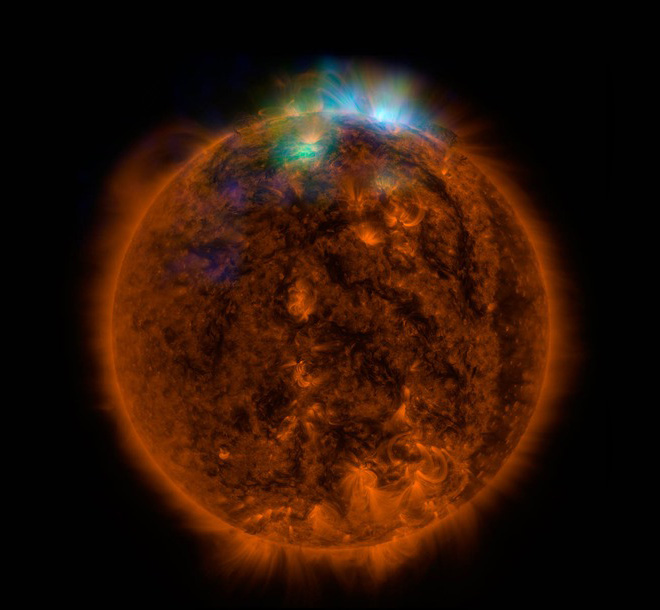 High in the clear blue midday sky, the sun seems to be the same every day, year after year. But astronomers have long known that this is not so. The sun is changing.

Correctly tuned telescopes show a riotous solar disk, often dotted with dark spots. Sunspots are strongly magnetized, and sometimes they are cracked by solar storms – magnetic explosions that illuminate the Earth with X-ray flashes and extreme ultraviolet radiation. Every 11 years, sunspots fade, marking the onset of a period of relative calm. “This is called the solar minimum,” says Dean Pesnell from NASA’s Goddard Space Flight Center. “And this is a regular part of the sunspot cycle.”

Now the Sun is approaching the solar minimum. The number of sunspots was relatively high in 2014, and now they are less and less. The minimum will begin in 2019 and will end in 2020.

The streams of the solar wind, floating from coronal holes, can affect the weather near the Earth. They hit the Earth’s magnetic fields and cause temporary excitement of the Earth’s magnetosphere. The result is geomagnetic storms, polar lights and disruptions in the operation of communication and navigation systems.

During the solar minimum, the influence of the Earth’s upper atmosphere on satellites in a low-earth orbit also changes. Usually the upper atmosphere of the Earth is heated and inflated because of ultraviolet radiation emanating from the Sun. Satellites in low-earth orbit experience friction when they run through the edges of our atmosphere. This friction creates traction, causing satellites to lose speed in time and eventually fall to Earth. Thrust is a good thing for space debris, natural and technogenic particles that float in orbit around the Earth. Thrust helps keep a low-Earth orbit free from debris.

But during the solar minimum, the natural heating mechanism subsides. The upper atmosphere of the Earth cools, and, to some extent, can collapse. Without a normal volume of thrust, space debris will hang out around our planet.

Some phenomena of cosmic weather become stronger during the solar minimum. For example, the number of galactic cosmic rays that reach the upper atmosphere of the Earth increases. Galactic cosmic rays are high-energy particles launched into the solar system by explosions of distant supernovae and other violent events in the galaxy.

Pesnell adds: “During the solar minimum, the solar magnetic field weakens and protects us less from these cosmic rays. This poses a threat to astronauts who travel through space. ”

The solar minimum brings many changes, but the decrease in solar activity does not make the Sun and the space that surrounds us less interesting.