What will happen if the Moon is destroyed? 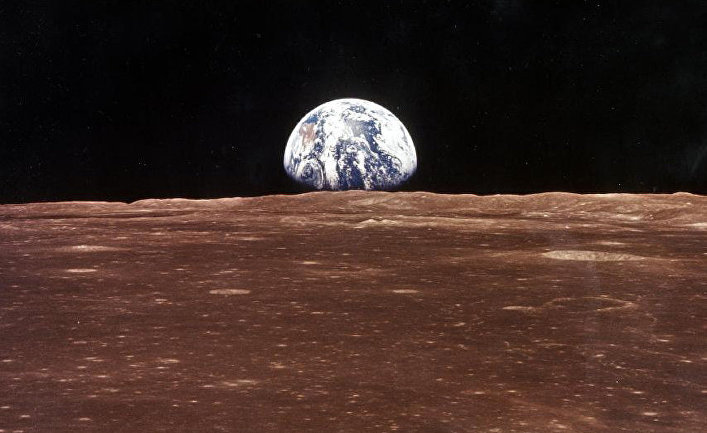 For almost the entire 4.5 billion year history of our Solar system the Earth was alone and revolved around the Sun. Our giant lunar companion is larger and much more massive than any of the other moons compared to the planets around which they revolve. In its full phase, the Moon shines brightly in the night and she during the whole of its history is associated with such phenomena as madness (or sleepwalking), animal behavior (howl at the moon), agriculture (the full moon before the autumnal equinox) and even women’s menstrual cycles. Its destruction would be a catastrophe, but it also forever changed our world some incredibly interesting ways.

1) the destruction of the moon, its fragments will fly towards the Earth, but it may not lead to the destruction of life. Imagine a weapon so deadly that it is capable of gravity release the moon and break it into pieces. For this you will need a piece of antimatter the size of a medium asteroid (kilometer in diameter), and then its parts will scatter in all directions. If the explosion is weak enough, the pieces will form one or more moons, and if he is strong then nothing at all will remain, and if it is the right force, it will create a ring system around the Earth. Over time, these lunar fragments will descend from an orbit due to the earth’s atmosphere, undergoes a series of collisions.

However, these clashes will not be as destructive as in the case of asteroids or comets, which we so fear today. Although the pieces of the moon can be massive, dense and even, perhaps, they will be more destroyed the dinosaurs asteroid, they, nevertheless, will have much less energy. An asteroid or comet colliding with the Earth, moving at a speed of 20, 50 or even over 100 kilometers per second, whereas the lunar fragments will move at a speed of only 8 kilometers per second, and they only tangentially enter our atmosphere. However, falling to the Ground pieces of the moon will have a destructive force, but this force at collision will be only 1% of the total energy in the collision with a comparable sized asteroid. But if the falling pieces are small enough, then humanity will easily survive their impact.

2) the Night sky, of course, will be much more vivid. After the Moon and all its remnants will disappear, the second brightest object in the sky the Earth will cease to exist. Although the Sun, of course, in 400 thousand times brighter than the full Moon in perigee, she, in turn, to 14 thousand times brighter than the next in brightness of the object in the sky — Venus. If you take the scale Bortle dark sky (Bortle Dark-Sky Scale), the full Moon can lead you from the 1st room — the most pure and natural the dark sky of all the possible options right up to 7-th or 8-th level, thus eclipsing even the brightest stars. Without the moon would not be interference for a clear, dark sky not for a single day of the year.

3) there will be no More eclipses. Whether we’re talking about solar eclipses — partial, total or annular, or about lunar eclipses, when the natural satellite of the Earth falls into our shadow, in any case, no more eclipses will not. Eclipse requires three objects and their specific alignment of the Sun, planets and moons of this planet. When the moon passes between the sun and the earth, the shadow can be cast onto the planet’s surface (total Eclipse), the moon can cross the surface of the sun (an annular Eclipse), or it may obscure only part of sunshine (partial Eclipse). However, if the moon is there at all, nothing like this happens. Our natural satellite will never be able to get into the Earth’s shadow, if it does not exist, and therefore the eclipses will be over.

4) the day Length becomes constant. You may especially have not thought about it, but the Moon represents the rotating Earth, a slight friction force, and as a result, the speed of rotation gradually decreases. We may lose here or there only second for many centuries, but they accumulate over time. In our modern 24-hour day was only 22 hours in the time of dinosaurs, and only 10 hours a few billion years ago. And in four million years we won’t add more days in our calendar, as the speed of rotation will slow and the length of day will continue to increase. However, without the moon it’ll all stop. We will have a 24-hour day every day for as long as the sun does not run out of energy, and it will not turn off.

5) Our tides would be negligible. The tides are interesting, significant differences for those of us who live near the coast, especially in the Bay, narrow Bay, Strait or other places where water accumulates. The tides on Earth occur mainly due to the influence of the moon, whereas the Sun has only a minor effect on the tides, that we see today. During the full moon and new moon, when lining up on a certain line of the Sun, Earth and Moon, we are the greatest, sizigijnye tide is highest from among the possible differences between the level of high tide and low tide. When they are relative to each other at a right angle during a quarter moon, we have the lowest level of water — and this time the smallest of changes. Sizigijnye tide two times more compared to the lowest level, but without the moon the tides would be very insignificant, and the magnitude they will make up only a quarter from the current maximum level.

6) Our axial tilt would be unstable. This is an unpleasant thing. The earth rotates around its axis with a tilt of 23.4 degrees relative to our orbital plane rotation around the Sun (this phenomenon is called the inclination or obliquity). You might think that the moon has no particular relationship, but for tens of thousands of years this tilt changes — from 22.1 degrees to 24.5 degrees. The moon is a stabilizing force, while worlds without large moons, such as Mars — have a change of slope in the tens of times greater. On Earth if not the moon, our deviation, it is estimated that at times will exceed 45 degrees, and it will make us a world that will rotate on our sides. At the poles will always be cold and the equator is not necessarily warm. Without the moon stabilizing our position, the ice age will be distributed in various parts of the world every few thousand years.

7) We will no longer have a convenient launch pad for flight to other parts of the universe. As far as we can tell, humanity is the only species that voluntarily joined to the surface of other worlds. Partially made in the period from 1969 to 1972 can be explained by the fact that the Moon is so close to the Ground. The distance is only 380 thousand kilometers, and the missile can make the journey in about three days, and the flight to the moon and back at light speed is only 2.5 seconds. As for the next nearest objects — Mars and Venus — in the flight before them will continue for several months, flying back and forth for more than a year, and the communications signal is to pass this distance for a large number of minutes.

Flight to the moon is the most easy “training journey”, about which we could ask the Universe, if our goal was to study the rest of the Solar system. Maybe someday again we will use her and all that she gives of Land and it is not such a distant time.

Ethan Siegel is an astrophysicist and writer,
he is also the founder and main author of the blog Starts With a Bang.