What will happen with the death of our Sun? 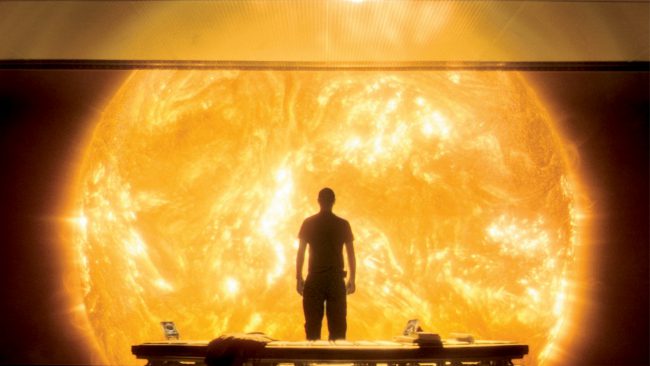 The fact that the life cycle of our star, the Sun, one day will come to its end, is a well-known fact. According to scientists, this cycle is about 10 billion years. The current age of our luminaries is approaching the mark of 5 billion years. This leads to a very interesting and important question: what exactly will happen when the sun reaches its limit? It all starts with the fact that over time the star will process all its hydrogen into helium. After that, it will begin to die. Fortunately for us, this will happen very soon. 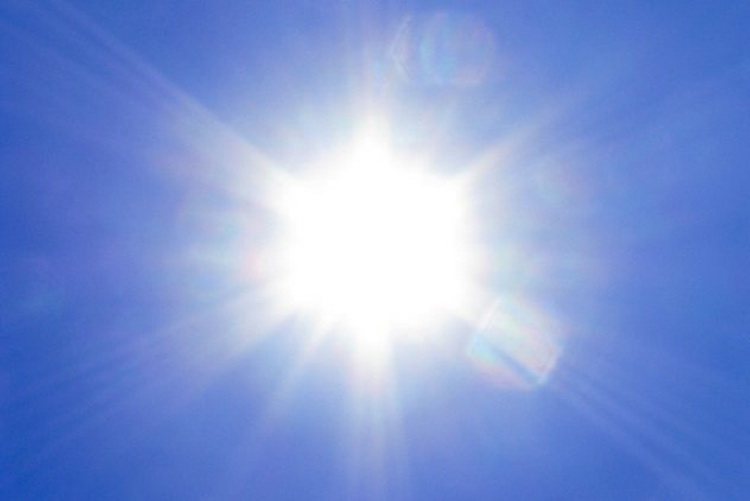 One of the first things that happens after the sun has exhausted all its hydrogen – it will become much brighter. The brighter the star becomes, the more solar energy our planet will receive. The gases contained in our atmosphere, such as carbon dioxide, methane and nitrogen oxide, work like a blanket, protecting our planet from the superfluous heat of the star and allowing it to sustain life on it. Since the Sun will actually work overtime, these gases will have to contain more energy. On Earth it will become very hot, the water on it will begin to evaporate and form dense clouds in the atmosphere.

These clouds for some time will protect the Earth from increased radioactive radiation. However, after some time of heat on the planet will accumulate too much, and the oceans will begin to literally boil. Since that moment life on Earth can not exist. If by this time we are not yet dead, we will eventually die from lack of water and very strong heat.

The sun will first expand … 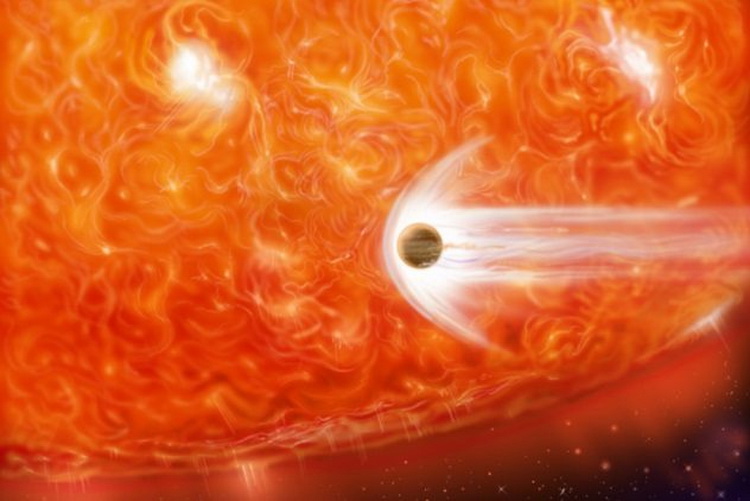 The sun will not only become brighter, but also significantly increase in size. As soon as the star has spent all its fuel for a thermonuclear reaction, it will move into a different phase of the life cycle. Becomes a red giant. Despite the increased size, the actual temperature of stars in the red giant phase is lower than that of other stars – only 2000-3000 degrees Celsius. At first glance, it may seem that this is a lot, but if you do not take into account the current temperature of the Sun, which can vary from 5000 to 9000 degrees Celsius.

Despite the fact that it is exactly such a fate awaits our star, it is not always the same with other stars. More compact, for example, which are called red dwarfs, are so weak that when they consume all their fuel, they simply go out. True, the very life cycle of such stars lasts much longer than in other species. On the other hand, blue and white giants can be so large that they can burn heavier chemical elements until eventually they develop a solid iron core. After that, they collapsed into supernovae. 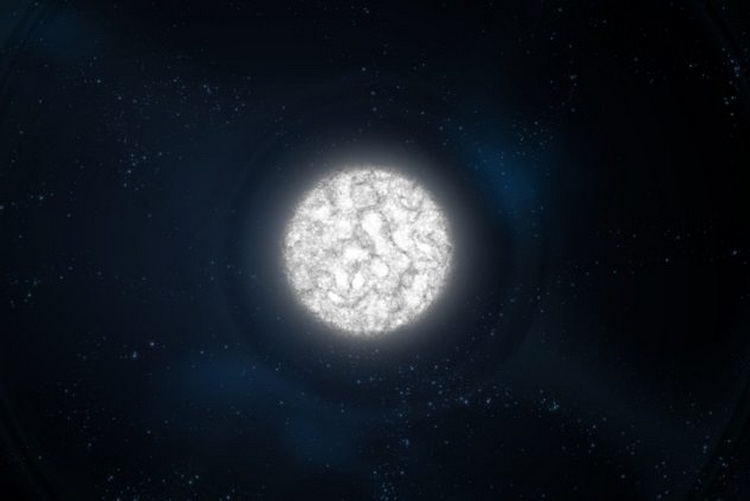 This changes the sun does not end. When a star burns all helium, it can not do the same with carbon and eventually shrinks to a white dwarf. In this phase, the luminary will become much smaller in size compared to the original species.

White dwarfs have a much smaller energy reserve, but they have a very long lifecycle. Stars of this type will continue to exist in this form for the next billions of years, until eventually they turn into so-called black dwarfs. Scientists can not say for sure how long this process will take, because the Universe is not yet so old that at least the first black dwarfs appeared!

The orbit of the Earth will change 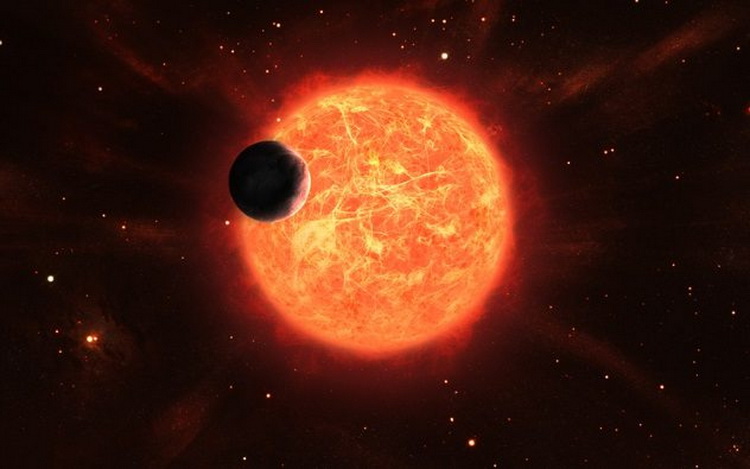 Obviously, by the time our Sun dies, everything on Earth will already perish, but that does not mean that the planet will stop. When the star reaches the red giant’s phase, it will expand at least three-quarters of the distance to the Earth.

Perhaps you thought that the Earth in this case will burn out to the ground. But surprisingly, everything will be completely different. With the expansion of the Sun and its approach to our planet, the gravitational forces of the Earth and other neighboring planets will be weakened. This weakening will lead to the fact that the planets will move away from the Sun and take safer orbits. For Mercury and Venus, fate will be much sadder – they will simply be devoured. Of course, on this planet by this time all life forms will disappear, so such a “escape” of the planet will actually be meaningless.

On other planets there can be a life 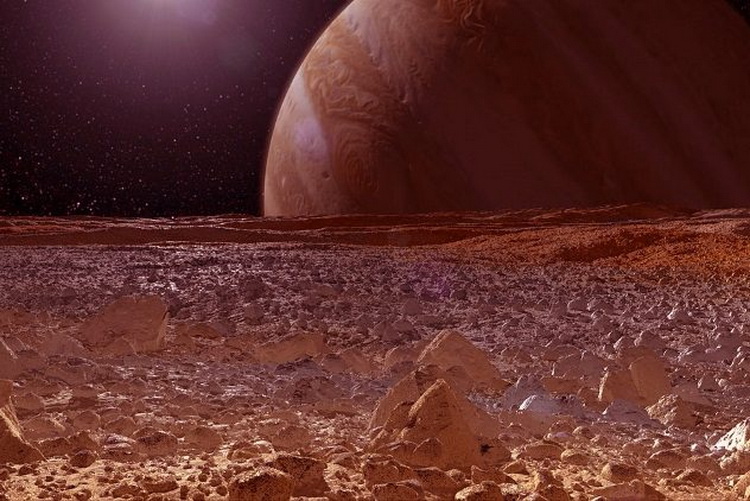 As noted above, by the time the Sun turns into a red giant, life on Earth will disappear, but that does not exclude the possibility that it will appear elsewhere. Jupiter and Saturn are two giant planets with many satellites that can become habitable.

Such satellites as Europe and Ganymede seem to be the most suitable. Yes, now they are completely covered with ice (in Europe there is generally a subsurface ocean, according to reports of astronomers), but with the increase in the size of the Sun, the area of ​​exposure to its light that can melt this ice, thereby creating an environment suitable for the existence of familiar to us Forms of life. 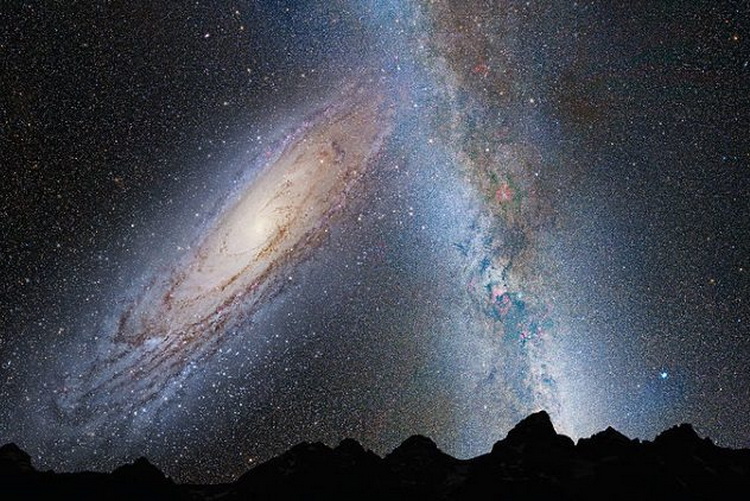 Of course, this event will not be caused by the death of our Sun, but will occur simultaneously with him. The Milky Way and Andromeda move towards each other at a speed of 402,000 kilometers per hour. Both galaxies will meet exactly when the life of our star will come to its end. Collision is inevitable. The collision event of such giant cosmic structures, of course, can frighten, but in reality our solar system, including the Sun itself, will not affect this event, and they will be in order.

True, everything will be all right until the moment when the star decides to complete its life cycle. Its phase transition will continue after two new galaxies appear on the basis of two galaxies. If it turns out that somehow life anywhere in our system will be preserved, we can only assume what an amazing picture of the colliding gases and stars will be visible to it in the night sky.

On the outer borders of the solar system will become warmer 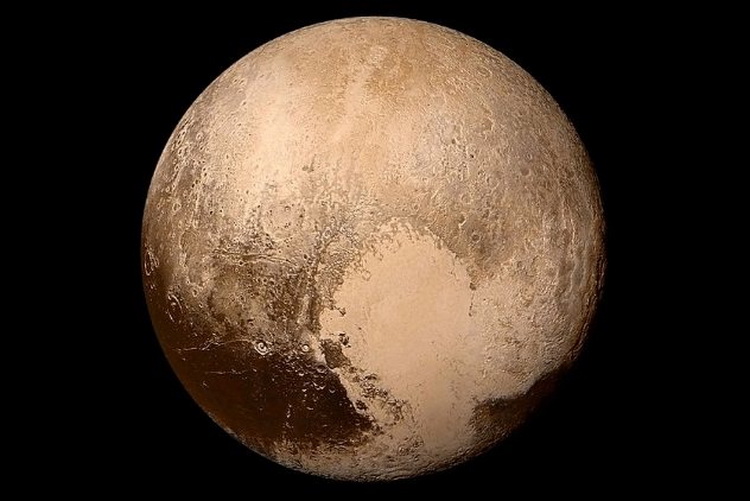 We have already said that the Sun will become bigger and brighter at some point in the process of its death. This will lead to the fact that the more closely located planets will turn into burnt heaths, but what will happen to the planets and dwarf planets that are now “freezing” in the distance?

Take, for example, Pluto. Right now the temperature on this dwarf planet varies from -233 to -223 degrees Celsius. But as soon as the radius of the Sun increases, Pluto, like other distant planets and cosmic bodies, will be able to receive heat from it. It is unlikely that as a result of this, life may appear on these planets, as this one heat will not be enough, but they will become really much warmer.

True, everything will change when the Sun turns into a white dwarf. But at least by that time the external boundaries of the solar system, too, at least once will be able to feel the warmth of our star.

People on Earth do not exactly survive 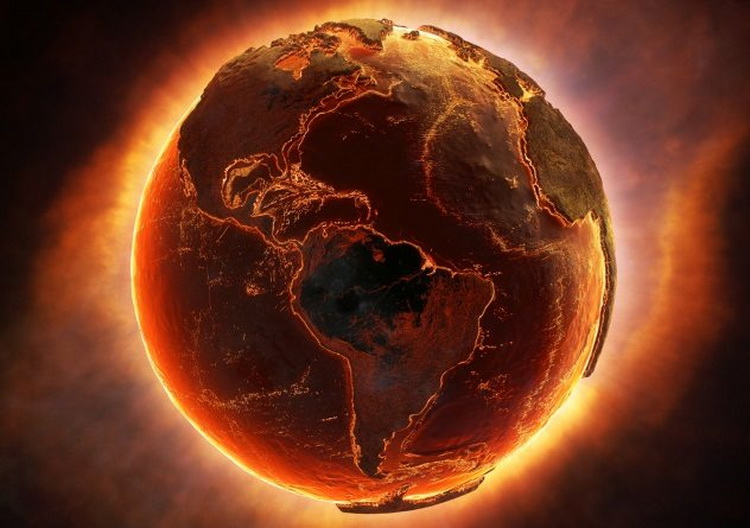 Perhaps life will appear somewhere else by the time of the Sun’s death, but on Earth its days will be considered unconditionally. Unfortunately, everything that we worked on and built, will be destroyed along with the death of our star. The surface of the planet will become so hot that it will be impossible to live on it. Even if we somehow create some technology to protect against extreme temperatures, we still can not grow something as food, however, and we will not have access to water either. Absolutely everything that is necessary for survival will cease to exist.

In general, to some extent it is strange to imagine that by now everything will completely lose its meaning. That’s why we can only hope that somewhere else life can start all over again. It is very unlikely that it will look or at least resemble a human race. And if it will have similar features, it will take at least several billion more years for the life forms to evolve even to our level today.

Asteroids will leave our system 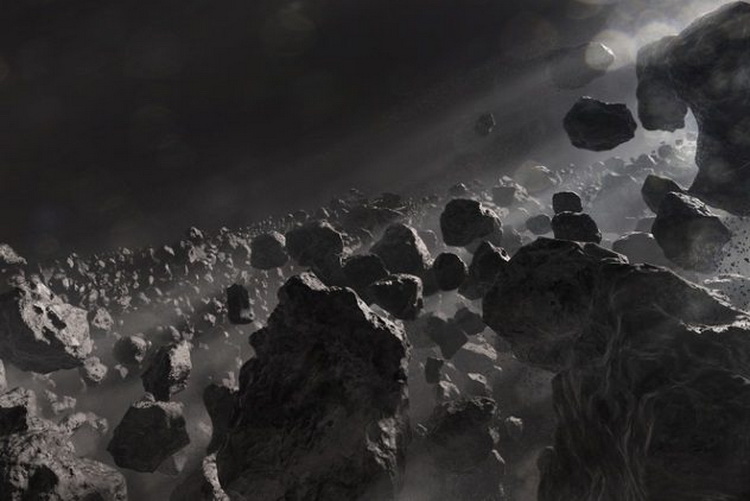 We are all used to the fact that in our solar system there are many different asteroids. But all of them will face a serious problem with the death of the Sun and the transition to the white dwarf phase. By this time, Jupiter and other distant planets will already change their orbits because of the radical changes associated with our luminary. Since Jupiter has a huge mass, then the center of mass in the system, most likely, it will be he. It has a very powerful gravitational force. It is quite enough to change the orbits of asteroids, and some of them and completely throw out the limits of the solar system. These cosmic cobblestones can also be thrown in the direction of a white dwarf or simply ground by gravitational changes in dust.

Scientists are able to make such predictions by observing existing white dwarf stars. Despite the fact that it is necessary to find out many more features about the Sun, when it enters this phase, scientists noted that the areas around white dwarfs contain a lot of dust. This is most likely a direct proof that earlier near the star could be some solid cosmic bodies that, with the death of their stars, turned into what the astronomers saw.

People can try to find another chance 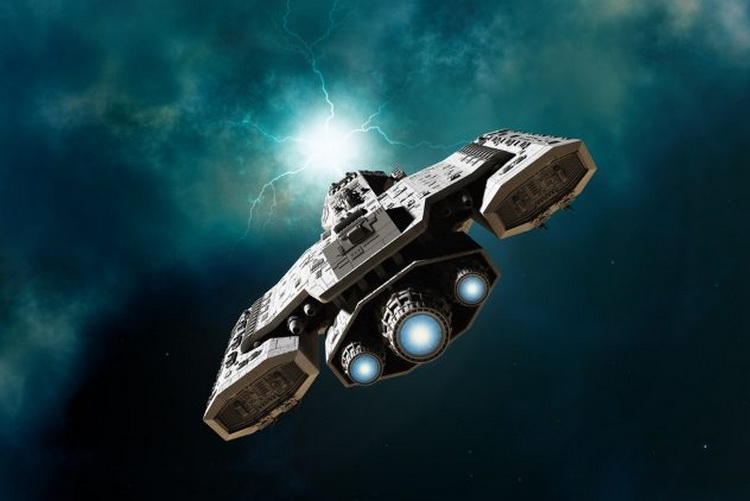 It is difficult to try to predict what level of technology we will be able to achieve in the future, but it is rather interesting to present such opportunities. We have already come close to seeing on the roads of public use self-governing cars and other futuristic means of transportation. Perhaps by the time everything goes for our solar system is very bad, we can already develop ways to travel to distant space distances. We already know places that could be inhabited, so when the time comes, we could go there. It is possible that by the time our race can already turn into an interplanetary species and will populate many other solar systems.

Today’s news is talking about preparing NASA for a flight to Mars. Many other companies, both private and public, also express their desire to become the first colonizers of the Red Planet. If such a mission really works out, then for the human future this will be a real revolution. Of course, the flight to Mars and its settlement will not be as large as it would be with the settling of another galaxy or at least the solar system, but as Neil Armstrong once said, “This is a small step for man and a huge leap for everything Humanity. ”

We can only hope that we can avoid catastrophic events until we have a chance to colonize the universe. Most of what is “there” remains unknown to us. Even our telescopes are not powerful enough to see the features of these or other planets in other systems. In most cases, everything is done on the basis of predictions and data analysis. We do not yet know all the scales of the Universe, as well as the scales of all our possibilities. But even if the death of the Sun can now seem to us as the death of all that is alive, what we know, in fact it may not be so. The only thing we know or at least very much like to hope for is that our minds will be able to send us to the Universe much further than we can now imagine.

Tags: death of our Sun