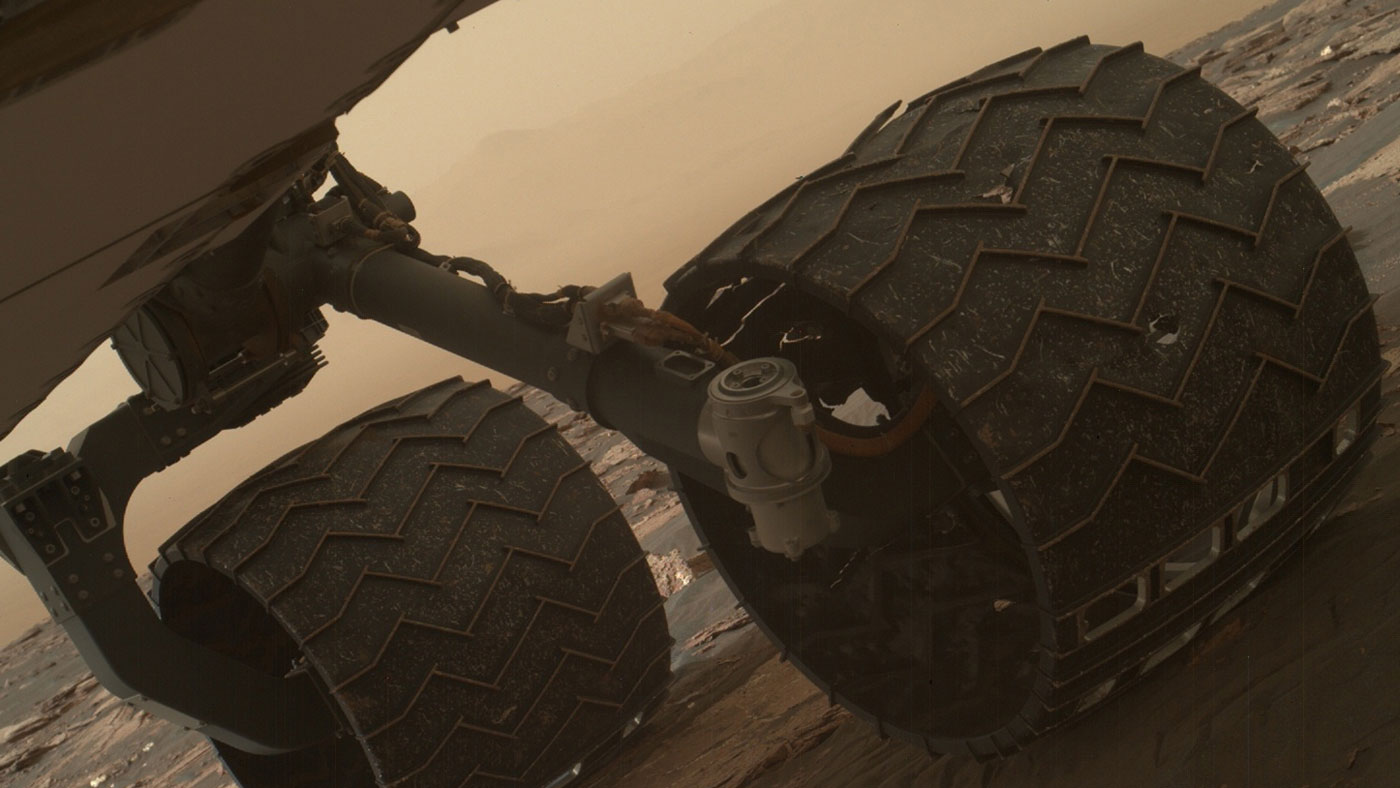 Scientists of the mission Curiosity noted the unexpectedly large wear of the wheels of the rover on the Red Planet.

As we already know, the aluminum wheels of the Curiosity rover are not particularly strong and as it turned out, they are not suitable for tough Martian conditions.

In the first quarter of 2017, the MAHLI camera detected new breaks on the wheels of Curiosity, which is an undeniable fact of catastrophic wear.

To date, the rover has passed through the surface of Mars for almost sixteen kilometers. During this time, the wheels of the automatic chemical laboratory were pretty shabby. They had not been sweet in the conditions of the Red Planet. A routine check revealed two new cracks on the middle left wheel of the rover.

According to the organizers of the mission Curiosity, periodic scheduled inspections, constantly reveal new and new signs of wear of the wheels of the rover. And for how long Curiosity can still survive in the functional mobile mode is not known exactly. Engineers do not undertake to give accurate estimates, but, nevertheless, they hope for the best.