Where are the aliens hiding? 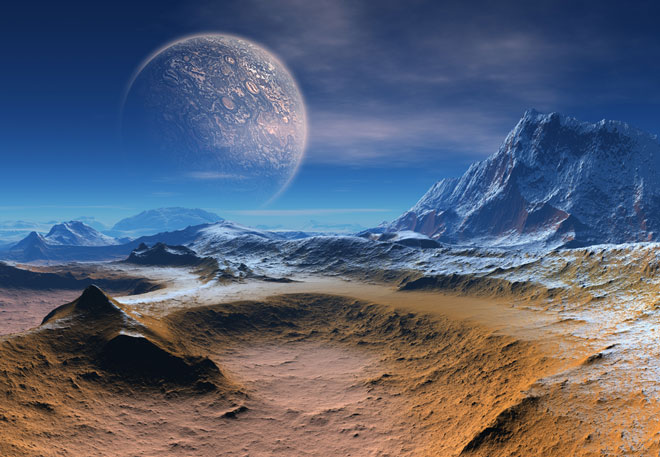 Lead researcher of the mission “New Horizons” Alan Stern proposed a logical version why we have not yet found signs of extraterrestrial life. According to the scientist, extraterrestrial beings dwell in the depths of their worlds, remaining invisible to outer space.

Such a life, according to Stern, can be concentrated in the subsurface oceans, hidden in the depths of the planets and their satellites. In the case of the evolution of organisms into intelligent beings, they probably will not even know that there is still a sky and an entire universe above them, the scientist believes.

If in our world the main source of energy is the light of the mother star, then on such celestial bodies this function should be performed by hydrothermal sources located at the bottom of the subsurface oceans. Protection from cosmic radiation there will not serve as a magnetic and atmospheric shell, but a thick layer of ice or stone.

Scientists believe that the solar system can contain many celestial bodies that hide under the surface liquid or frozen oceans. Among the “suspects” are the Jovian satellites Europe and Ganymede, Saturian Dione and Enceladus, as well as Pluto.

In addition, in the spring, “Cassini” discovered the presence of molecular hydrogen and carbon dioxide in water jets ejected from the bowels of Enceladus. These compounds are critically important for microorganisms and indicate the presence of hydrothermal sources in the ocean depths of the satellite.