Where are the Voyagers and Pioneers probes going, and how long will they fly there? 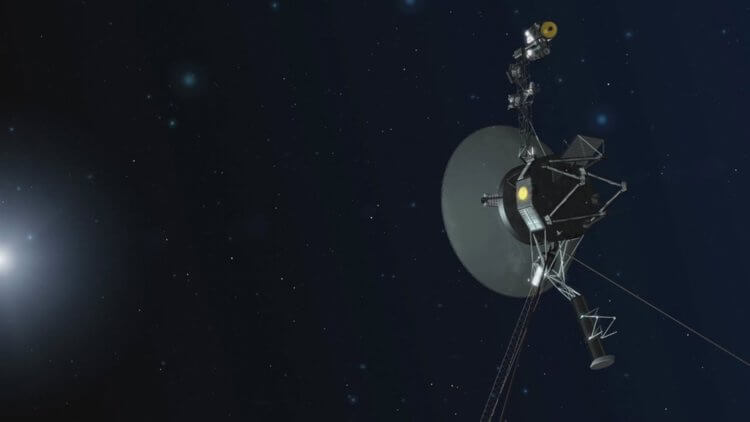 The Voyagers and Pioneers spacecraft launched from Earth in the 1970s continue to follow their own paths that took them outside the solar system. In a new report published in the journal IOPscience, scientists predict the future of these probes and try to determine next to which star systems they will fly several million years later, reports the portal Space.com.

On March 2, 1972, the NASA aerospace agency launched the Pioneer-10 space probe, which will be the first man-made spacecraft to overcome the main asteroid belt of the solar system, located between the orbits of Mars and Jupiter, and is a place where many objects of various sizes, mainly of irregular shape, accumulate called asteroids or small planets. About a year later, the Pioneer 11 will be launched into space. In 1977, with a difference of several weeks, NASA will launch Voyager 2 first, and then Voyager 1. These devices, as well as the more “fresh” probe “New Horizons” – the only spacecraft created by mankind and reached interstellar space.

To date, Voyage 1 and Voyager 2 have overcome this barrier. Nevertheless, if Pioneer 10, Pioneer 11 and New Horizons continue their journey, they will eventually break out of the sphere of solar exposure, called the heliosphere, and enter interstellar space.

Sooner or later, all these spacecraft will run out of power, and they will “die”; their scientific equipment will cease to function and the probes will no longer be able to communicate with the Earth. By the way, the last times when Pioneer 10 and Pioneer 11 sent signals back home were in 2003 and 1995, respectively. Despite the fact that these devices can no longer transmit data to Earth, scientists were able to find out near which stars they will fly in a few million years.

Scientists say that calculating these data was a very difficult task, since not only the probes are moving away from Earth, but the space around them too. Astronomers Korin A. L. Bailer-Jones from Max Planck Institute of Radio Astronomy (Germany) and David Farnokkya from the Center for the Study of Near-Earth Objects at NASA’s Jet Propulsion Laboratory (USA, California) were able to calculate the trajectories of the vehicles and their probable destinations using 3D location data and radial velocities of 7.2 million stars, which were obtained during the second analysis of data collected by the Gaia Space Observatory, whose goal is to study more than 1 billion surrounding our star system d.

In their study, Bailer-Jones and Farnokkya calculated that the next star, past which the Voyager-1 probe will fly past 16,700 light years, is Proxima Centauri. However, in this meeting there will be nothing interesting, since the probe and the apparatus will separate 1.1 parsec, which is equivalent to almost 3.59 light years. It is very, very far. In fact, at the moment, Voyager-1 is about 1.3 parsec from this star (4.24 light years), a little further from its upcoming meeting point with Proxim. For reference: The sun is in 1.29 parsec (4.24 light years) from Proxima Centauri.

The nearest star, which will meet the probes “Voyager-2” and “Pioneer-11” will also become Proxima Centauri, but the “Pioneer-10” scheduled rendezvous with another star – Ross 248, a small red dwarf in 10.3 light years from Earth, located in the constellation Andromeda.

Scientists have also calculated the later prospects for meetings of spacecraft with other stars. For example, Voyadezher-1 will get close enough to the star TYC 3135-52-1, located 46.9 light years away, in about 302,700 years. A probe will fly past the star at a distance of just 0.30 parsec, which is less than one light year close enough to penetrate the Oort cloud of this star, representing the hypothetical spherical region of the system serving as the source of long-period comets (if, of course, this star has an analog cloud Oort, which is in our system).

In a conversation with Space.com journalists, Bailer-Jones noted that their previous work pushed them into this study, which was to determine the possible homeland, as well as the further trajectory of the movement of the strange object called “Oumuamua”, which is still beaten over the mystery of nature. many astronomers around the world.

“It was quite fun. But this study once again reminds us how long it will take the spacecraft to reach the stars closest to the Solar System at the current achievable speeds, which now amounts to about 15 kilometers per second. If we want to study the nearest stars, we just need to figure out ways to accelerate our spacecraft to higher speeds, ”commented Bailer-Jones.