Where can I get energy from Titan? 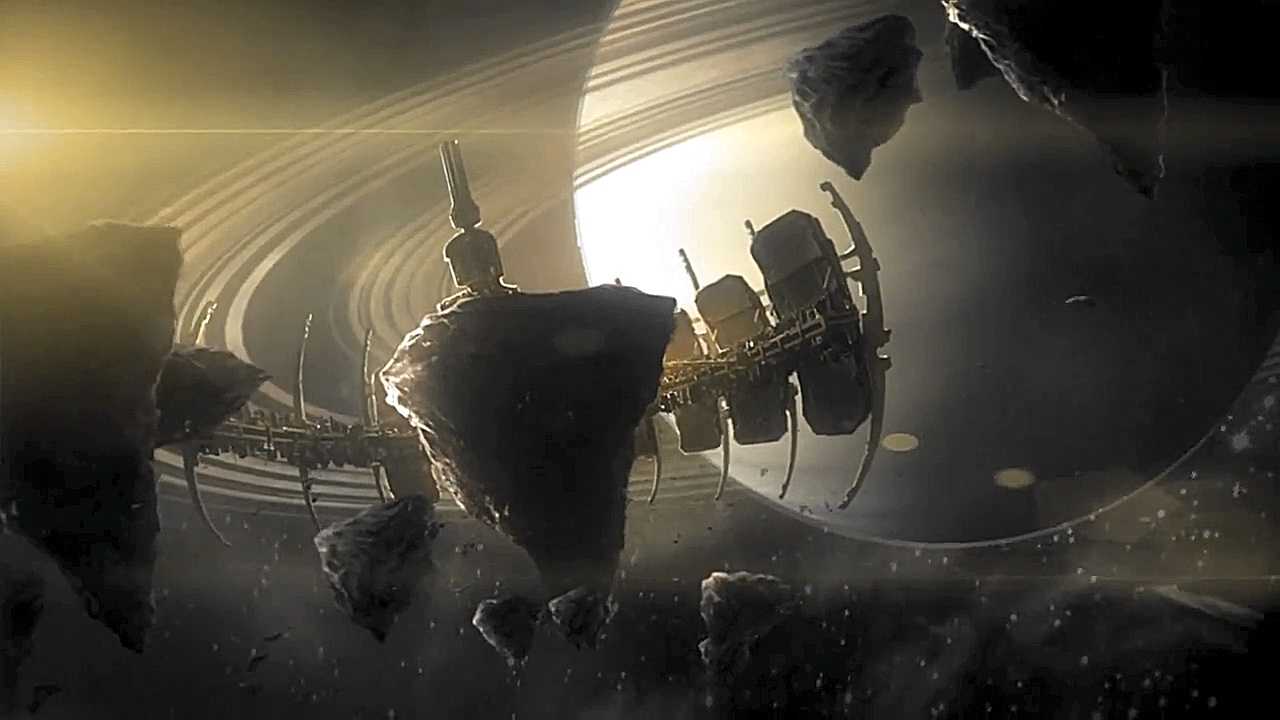 The largest of Saturn’s satellites, Titan, is the only place apart from the Earth in the entire solar system on which the fluid cycle takes place. And although this liquid is methane, and its rivers and lakes flow between the banks of asphalt under a very distant and dull Sun, on the whole Titan is considered one of the most promising places to search for extraterrestrial life. Of course, existing in such exotic conditions, it can hardly be like ours.

If we ourselves need to master Titan, then here it is necessary to erect the serious systems of protection and life support necessary for people and our satellites. However, the satellite should not be discounted: in the end, there are not so many bodies in the solar system that are suitable for mastering in principle, with a solid surface, minimal gravity, etc. American geophysicists Amanda Hendrix (Amanda Hendrix) and Yuk Yun (Yuk Yung) reviewed the energy of such a future inhabited colony on Titan. Their article is published by the Journal of Astrobiology & Outreach.

Of course, the colony on Titan can rely on the delivery of energy carriers from outside – for example, fuel for nuclear or thermonuclear reactors installed here. However, it will be much more effective to use the satellite’s local resources: after all, its reserves of combustible hydrocarbons are supposed to be in excess of everything that can be found on Earth. In the absence of readily available oxygen, it is not easy to burn them.

It is not simpler with hydropower. Rains on Titan – a rarity, the current current flows appear spontaneously and extremely rarely, and the local lakes are striking in the background of earthly tranquility. Theoretically, it is possible to create new channels to use the liquid of these lakes and establish dams. In principle, this is possible, although, according to the authors of the work, will become an extremely costly engineering project.

Much more interesting, in their opinion, tidal energy of Titan. Passing in a non-uniform gravitational field of mighty Saturn, the satellite experiences a powerful action of tidal forces that create strong tides in its lakes. The largest of them, the Sea of ​​Kraken, rises to a meter, and the energy of this whole wave rushes to a narrow strait that separates the northern and southern parts of the sea from the Seldon Fretum. Amanda Hendrix compares it with Gibraltar on Earth: in her opinion, it is quite possible to place turbines that would collect the energy of the daily flow of liquid and produce electricity. 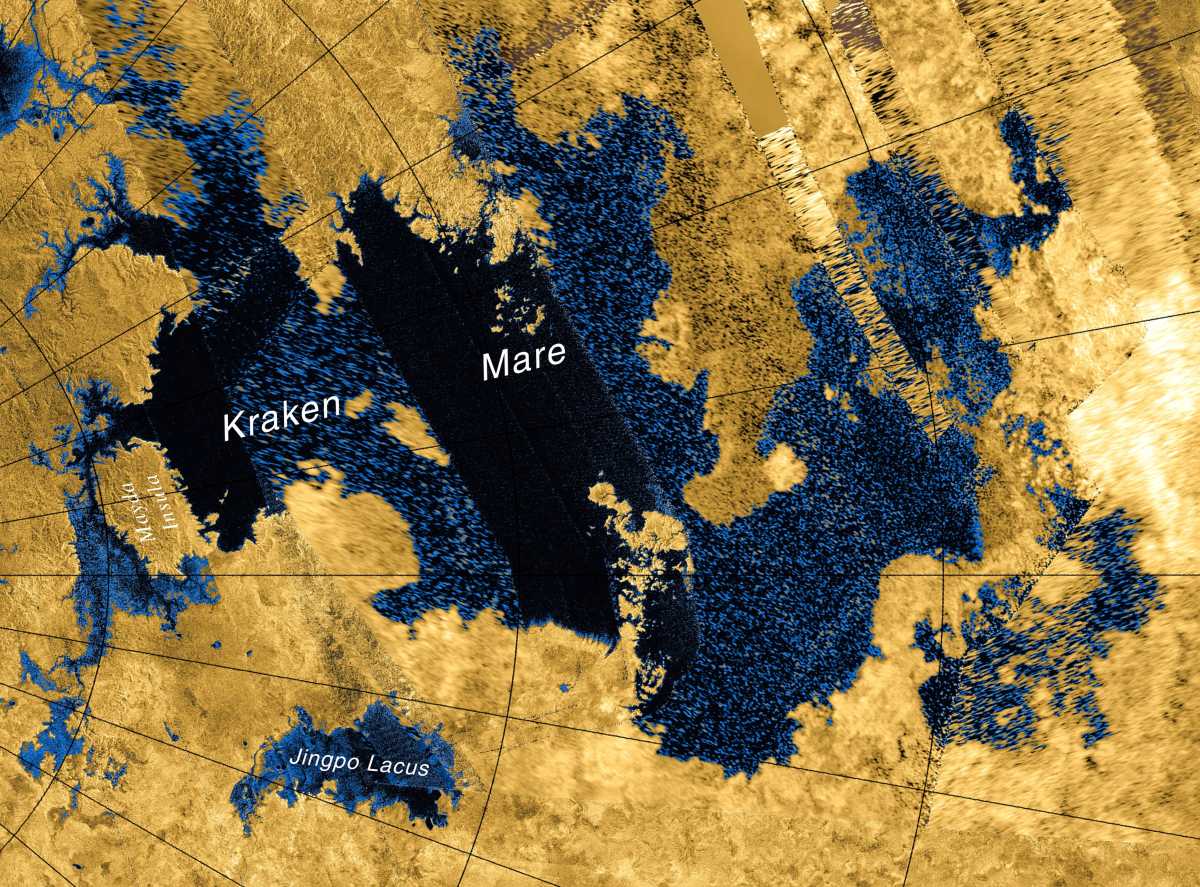 The sea of ​​Kraken in the Cassini probe image; Seldon Strait – or “Kraken’s Throat” – is visible just below and to the right of the image center / © NASA / JPL-Caltech / ASI / USGS

Wind turbines on Titan remain controversial. On the one hand, its atmosphere is rather dense (1.5 times denser than terrestrial), and the formation of dunes on the surface indicates that the winds are blowing at least from time to time. On the other hand, we have not yet received direct evidence of them, their strength and dynamics of change. Judging by the data of the probe Huygens, passed through the atmosphere of Titan in 2005, in the upper layers of its winds are still quite strong. Therefore, Hendricks and Yun believe that to use this energy will not require conventional windmills, but flying, located, for example, on airships or kites.

Finally, is solar energy possible at a distance ten times farther from the Sun than the Earth is? Here, under the often cloudy atmosphere, there is always a twilight, but scientists believe that this is not a problem either. If you deploy a fairly large array of panels on Titan, they will cope with securing the colony. Hendricks and Yoon estimated that for the needs of 300 million people (the US population), it would be necessary to cover about 10 percent of Titan’s area with panels.

This space is comparable to the US area; According to scientists, on Earth to the same number of people would be enough “less than 10 percent of the area of ​​Kansas.” On Titan it is necessary to solve and one more problem – cleaning of panels. In the environment of fluid organic materials, their surface will quickly become dirty, reducing the efficiency of energy generation. But if you cover them with 10 percent of the area of ​​the satellite of Saturn, for billions of kilometers from the Earth and under extremely unfavorable conditions, you will somehow manage to clean the panels.