Where did the stars in the halo of the Milky Way 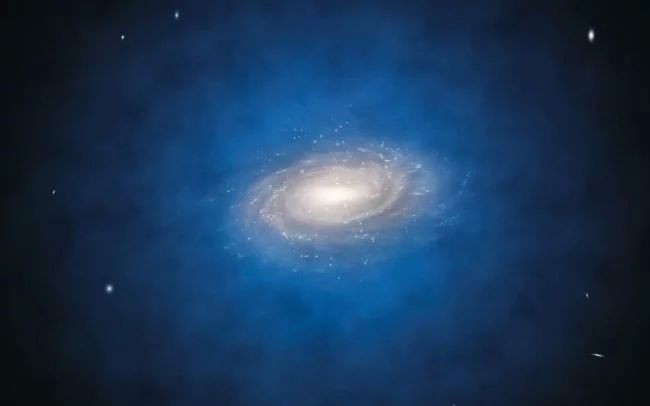 Despite many centuries of research and observation, our knowledge of our own Milky Way galaxy still contains a lot of gaps. To date, if you think about it, we have more or less figured out its estimated diameter – about 100-180 thousand light years, as well as the estimated number of stars, which can range from 100 to 400 billion. At the same time, during the last decades astronomers are very interested in the history of the evolution of our galaxy.

For example, scientists have long been looking for an answer to the question of where the halo of our galaxy came from – the giant structure of stars, dark matter and gas surrounding the galactic disk of the Milky Way from above and below. According to earlier assumptions, this halo could be formed from the remnants of more compact galaxies that once merged or were absorbed by the Milky Way. However, the results of a new study conducted by an international team of astronomers indicate that the stars in it could be born inside the Milky Way, and then were thrown out of it.

About its findings, a team of scientists from the Australian National University, the California Institute of Technology, as well as a number of other academic and scientific institutions, and led by Margie Bergmann from the Max Planck Institute for Astronomy, shared in the journal Nature. 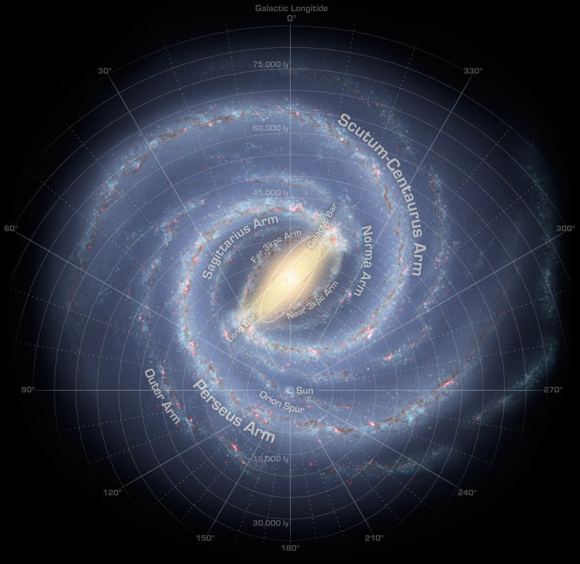 The artistic representation of the Milky Way galaxy

In their study, astronomers relied on data collected by the Hawaiian Observatory of Keck, with the help of which scientists found out the chemical composition of the 14 stars inside the galactic halo. These stars are in two different parts of this halo-star superclusters Tri-And and A13, each of which is located about 14,000 light-years above and below the plane of the galactic disk of the Milky Way.
“Analysis of the chemical composition is a very serious study that, by analogy with DNA, can determine the relationship of stars and their original population. Different initial populations, such as the galactic disk of the Milky Way or its halo, dwarf galaxies or globular star clusters, all have a different chemical composition. Therefore, as soon as we can find out what the stars consist of, we can immediately establish a connection between them and their original populations, “Bergman commented in a published press release from the Keck Observatory.

As an additional source of these spectra, the researchers used the Very Large Telescope (VLT) of the European Southern Observatory in Chile. Comparing the chemical composition of the stars studied with those found in other space structures, scientists noted that their chemical compositions were almost identical. They were similar not only to each other and the other groups studied, but also closely matched the star compositions found inside the outer disk of the Milky Way. 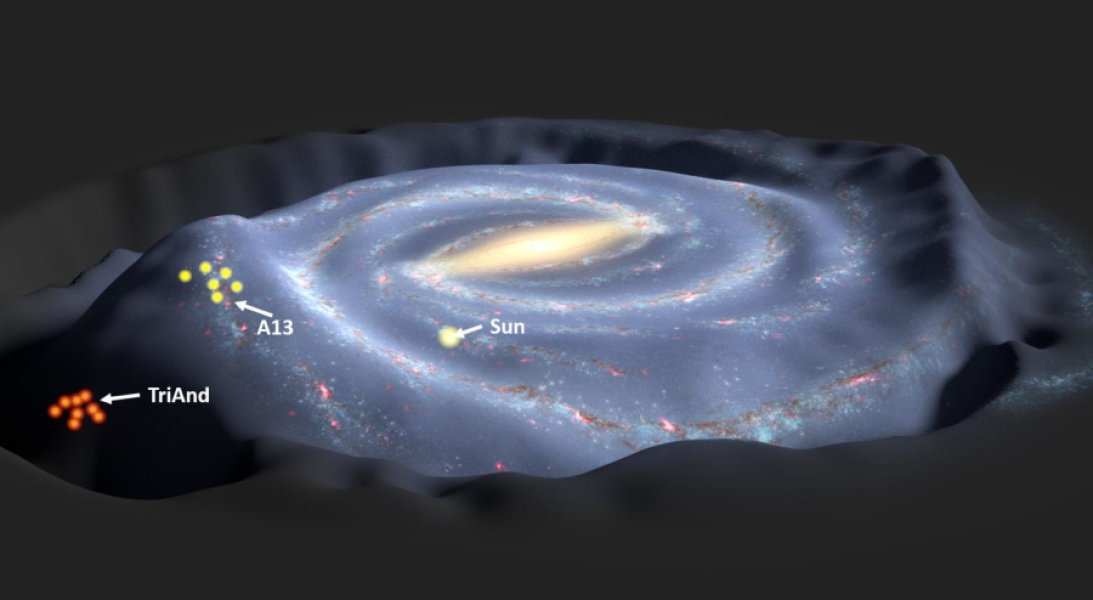 A computer model of the Milky Way and its compact neighbor, the dwarf galaxy of Sagittarius

Proceeding from this, the scientists concluded that star populations in the galactic halo were originally formed within the Milky Way, but then migrated into space above and under the galactic disk. This phenomenon is called “galactic eviction”. It is explained by the fact that the stars could be pushed out by other fairly massive dwarf galaxies that passed through the Milky Way in the past.

Simulation of perturbations caused by the gravitational interaction of the Milky Way with a close dwarf galaxy. The stars in the halo are shown, the positions of which were taken into account in the verification of the model

“They are pushed out of the plane of the Milky Way when a fairly massive dwarf galaxy passes through it. This passage creates oscillations, perturbations that throw stars out of the disk, up or down, depending on the direction of motion of the disturbed mass, “explains one of the authors of the work of Judy Cohen. 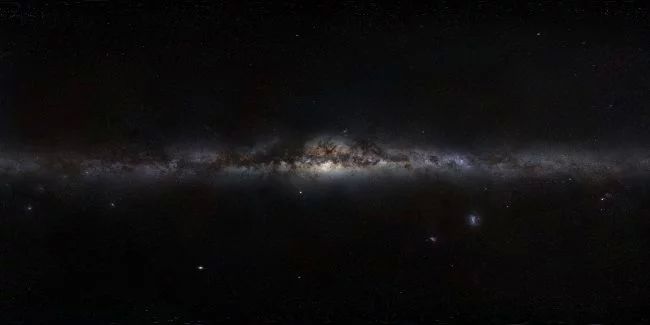 360-degree panorama of the Milky Way (consists of many photographs)

This discovery is interesting for two reasons. On the one hand, it supports the assumption that stars in the galactic halos initially appear inside galactic disks, and then can be thrown out beyond them. On the other hand, it shows that the galactic disk of the Milky Way and its dynamics represent a much more complex structure and phenomenon than was previously thought.
“We proved that the situation with the migration of stars to longer distances from their original places as a result of the influence of satellite galaxies is very common. At least in the realities of the Milky Way. It is possible that similar features associated with the chemical composition of stars can also occur in other galaxies, which in turn will indicate the universality of such galactic dynamic processes, “adds Ellison Sheffield, an astronomer from the Community College of La Guardia.

Further, astronomers plan to conduct a spectral analysis of additional stars from the supergroups Tri-And and A13, and also to study star clusters located further away from the galactic disk. In addition, scientists would like to determine the masses and age of these stars. On the basis of these data, researchers could make an assumption about when exactly this galactic eviction took place.

Such studies will allow us to more accurately understand the evolution of galaxies. And in combination with the current efforts of scientists to study the nuclei of galaxies, as well as the search for a connection between super-massive black holes and star formation located in them, we are gradually approaching a full understanding of how our universe evolved to the state in which it now is.