Where do meteorites come from? New study challenges established theories 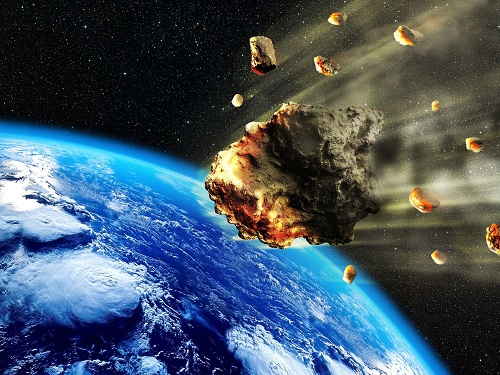 Geologist Birger Schmitz, a professor at Lund University, travels around the world looking for meteorites. He has recently traveled to California, Sweden, China and Russia, collecting 10,000 kilograms of cosmic sediment from 15 different time periods over the past 500 million years from meteorites that fell to Earth.

For years, the simple belief has been that different meteorites came from different bodies in the asteroid belt and came to Earth. But according to the data Schmitz collected, most meteorites hitting Earth come from the same cosmic object.

Schmitz’s findings from his round-the-world travels are detailed in a study published Monday in the journal Proceedings of the National Academy of Sciences.

Schmitz, the lead author of the new study, and his team studied the history of asteroid collisions and compared them to asteroids 500 million years old. They did not match any known collision events. What’s more, they seemed to come from an area of the asteroid belt that had yet to be determined.

Brief conclusions of the study:

Meteoritic material falling to Earth is thought to originate from major decay or cratering events in the asteroid belt. The flux of extraterrestrial material would then vary depending on the timing of such events forming the asteroid family. To confirm this, we examined marine sediments representing 15 time intervals in the Phanerozoic for micrometeoric relic chromospinel grains (>32 µm).

We compared these data with the timescales of the 15 largest decay events involving chromospinel asteroids (S- and V-types). Unexpectedly, our Phanerozoic time windows show a stable flux dominated by ordinary chondrites, similar to the modern flux. Only in the mid-Ordovician, due to the decay of the parent L-chondrite body, do we observe an anomalous micrometeoritic regime with an increase in L-chondritic chromium-spinel grain flux to Earth of two to three orders of magnitude.

This corresponds to a one order of magnitude increase in the number of impact craters in the mid-Ordovician after L-chondrite decay, the only resolvable peak in Phanerozoic craters indicative of an asteroid shower.

We argue that meteorites and small (<1 km in size) asteroids falling to Earth mostly select a very small region of orbital space in the asteroid belt. This selectivity has been remarkably stable over the past 500 million years.