Where is the center of the universe? 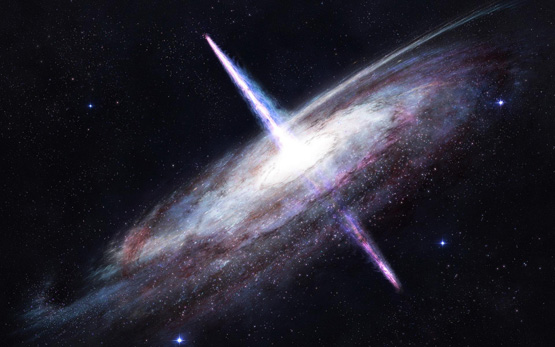 Since other galaxies are far from us, it may be false to us as if the Earth is in the center of the universe, but in fact, this is absolutely untrue. In fact, there is no center. According to the expansion model, we can say that any group of galaxies is moved away from another group.

In whatever galaxy you live, on whatever planet you live, everything around you will look about the same. And if the principle of expansion would act on our planet as well as in the universe, the distances between cities and various objects would constantly increase. The cities would move away from each other constantly, more and more. At the same time, none of the city can be considered as something special, central. From a global point of view, absolutely every city can be considered central.

But is not the center supposed to be somewhere, even if we can not define it?

Astronomers looking at the galaxy, which is five billion light-years away, see it as it was in the past, like it was five billion years ago, and not what it is now. Physicists are convinced that the speed of light is a cosmic speed limit – nothing can go faster. No matter how unusual and powerful our instruments are, there is a limit to how far we can peer into space.

This limit is set by the age of the universe. If it is 13.7 billion years old, we can not see anything more than 13.7 billion light years from us.

The universe does not have a center, as there are no edges. For us, the “Edge of the Universe” is just the entire limit of visibility.