Where is the ice on Ceres? 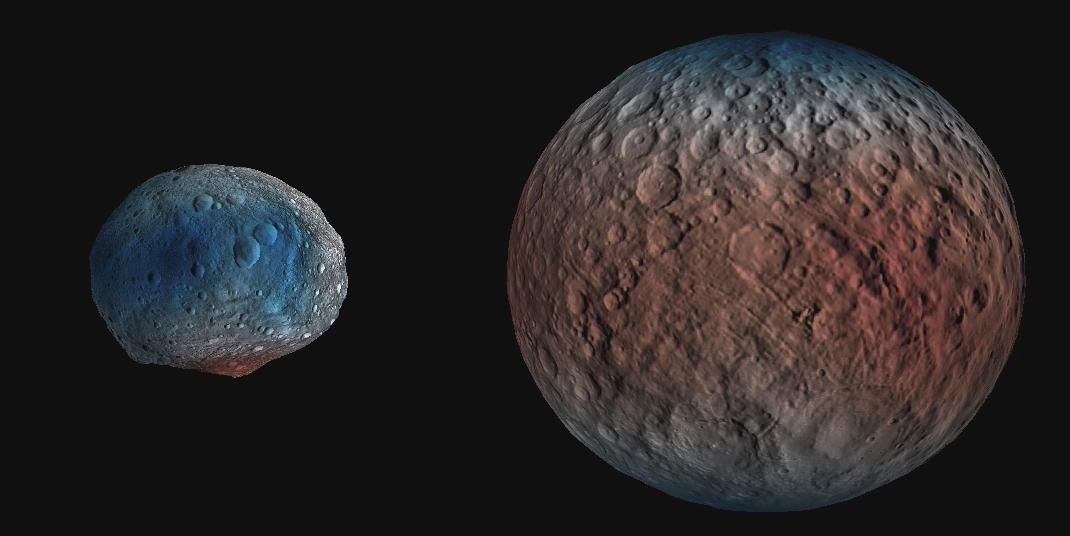 At first glance, Ceres, the largest celestial body in the Main asteroid belt does not look icy. Images obtained by the spacecraft NASA Dawn, reveal a dark, cratered surface, the bright area which consists of salts with high reflectivity – but not ice! But a new study published by the members of the science team of the Dawn probe, shows that the dwarf planet’s surface really is water ice.

In this study, researchers led by Thomas Prettyman (Thomas Prettyman) analysed using the Gamma ray and neutron detector (GRaND) probe Dawn of the hydrogen concentration in the surface layer (depth one metre) of soil Ceres. The results of these measurements show that under the surface of Ceres may be a layer of rocks, mixed with water ice. The content of water ice according to the results of the study may reach 10 per cent by weight.

Based on these data and other data collected during this study, Mrs. and his colleagues put forward the hypothesis that the origin of water ice on Ceres is due to the gravitational differentiation of the substance layers of the dwarf planet, which occurred as a result of heating and melting of rocks in its depths. The source of energy for the transformation of rocks into the melt is low enough to separate the layers of viscosity, the researchers called radioactive decay occurring in the depths of Ceres.