Where on Mars river and how they were 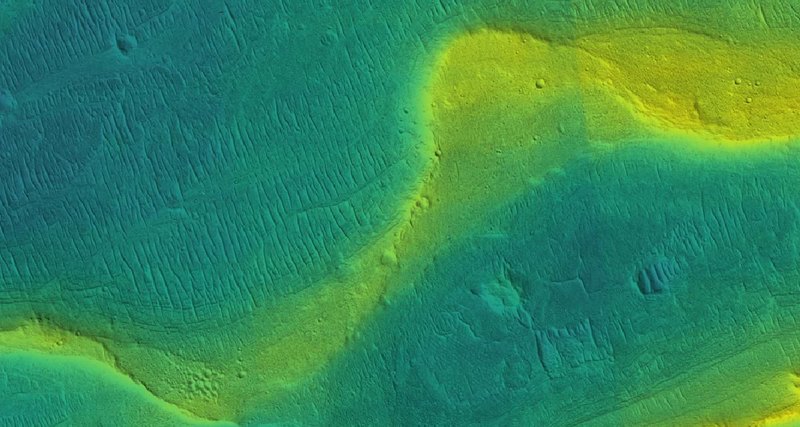 There was water on Mars, and much of it has been preserved to this day. Scientists have long suspected that rivers once flowed along the Red Planet, and the discoveries of the last twenty years only confirm this. But until recently, astronomers could not tell where and when this happened, and only a new study sheds light on this unusual circumstance.

In a new paper published in Science Advances, the researchers compared the dried river beds from photographs taken by the HIRISE camera of the Mars Reconnaissance Orbiter spacecraft. As a result of image analysis, it was possible to establish wide rivers that flowed on the surface of Mars about 1 billion years ago, already at sunset, the “era” of the surface waters of the Red Planet.

By studying the shape and depth of the river bed, you can set their age and time of shallowing. In addition, the sediment at the bottom of these ancient water arteries proved that the rivers continued to flow even when the smaller seas and lakes dried up. Considering the fact that on Mars, like on Earth, rivers periodically appeared and disappeared, they were influenced by many very different factors. Such familiar phenomena as snowfalls and heavy rains were known to the Red Planet, but it is very difficult to obtain more accurate information. One possible way is to search for fossils with traces of raindrops. True, they have not yet been found on Mars, and this field for research is open to future expeditions.

One of them could be the mission of Mars 2020. The landing of the research apparatus is scheduled for the crater Jezero, which, apparently, is nothing like the ancient delta of the river that flowed into the lake. Chances are high that a lot of sediment can be found at the bottom of the crater, but the river is quite old – about 3.7 billion years old. Probably, in the future, space agencies will be able to land rovers in the deltas of much younger rivers, and there they will find the details of interest to us of those times when Mars was full of liquid water.