Whether our Universe is infinite? 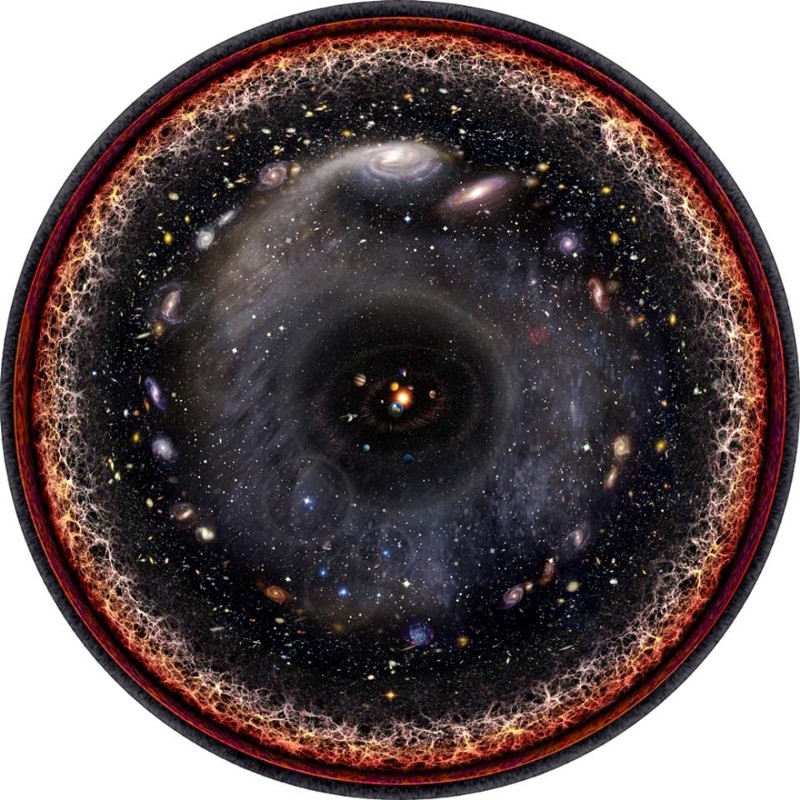 Perhaps, restrictions of what we can observe, just artificial; perhaps, there is no limit to what is on that side of observable.

13,8 billion years ago The Universe has begun with the Big Bang. Since then it extends and cools down, so was yesterday, today and will be tomorrow. From our point of view, we can observe it in 46 billion light years in all directions, thanks to the velocity of light and expansion of space. Though this long distance, it of course. But it is only a part of what is offered to us by the Universe. What is behind this part? Whether there can be a Universe infinite?

How it would be possible to prove it empirically?

First, what we see, tells us more, than 46 billion light years.

The further we look in any direction, the further back in time we look. The next galaxy, in 2,5 million light years from us, seems to us such what was 2,5 million years ago as light needs this time to get into our eyes from that place where it has been let out. The farthest galaxies we see such what they were millions, hundreds of millions or even billions years ago. We see light of the young Universe. Therefore if we will look for light which has been let out 13,8 billion years ago, left the Big Bang, we will find also him: space microwave background. 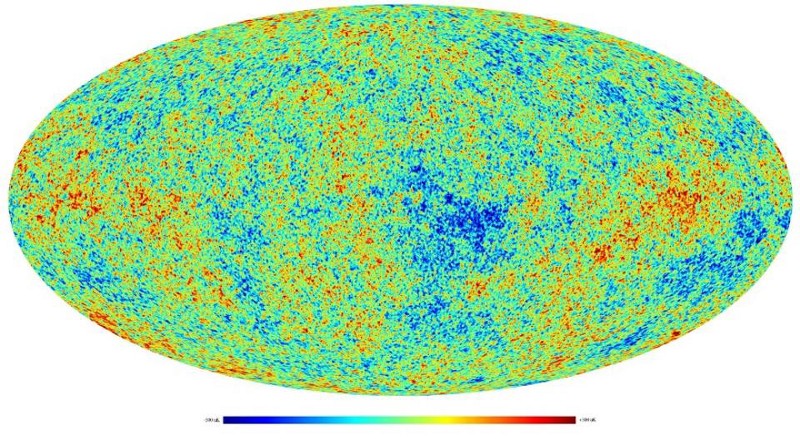 His picture of fluctuations incredibly difficult, at the different angular scales is available different differences in average temperatures. Also in him the improbable amount of information about the Universe including the amazing fact is coded: curvature of space as far as we can judge, absolutely flat. If the space has been positively bent if we lived on the surface of the four-dimensional sphere, we would see how these far rays of light meet. If the space has been bent negatively as though we lived on a four-dimensional saddle, we would see how far rays of light disperse. But isn’t present, the rays of light coming from far away continue to move in the initial direction, and fluctuations speak about the ideal plane.

The space microwave background and large-scale structure of the Universe in a combination allow us to draw a conclusion that if the Universe of course and becomes itself reserved, it has to be at least in 250 times more what we observe. And as we live in three dimensions, we receive (250)3 in the form of volume, or we multiply space in 15 million times. Whatever big this number was, it isn’t infinite. By the most modest assessment, the Universe has to be at least the 11th trillion light years in all directions. And it is a lot of, but … of course. 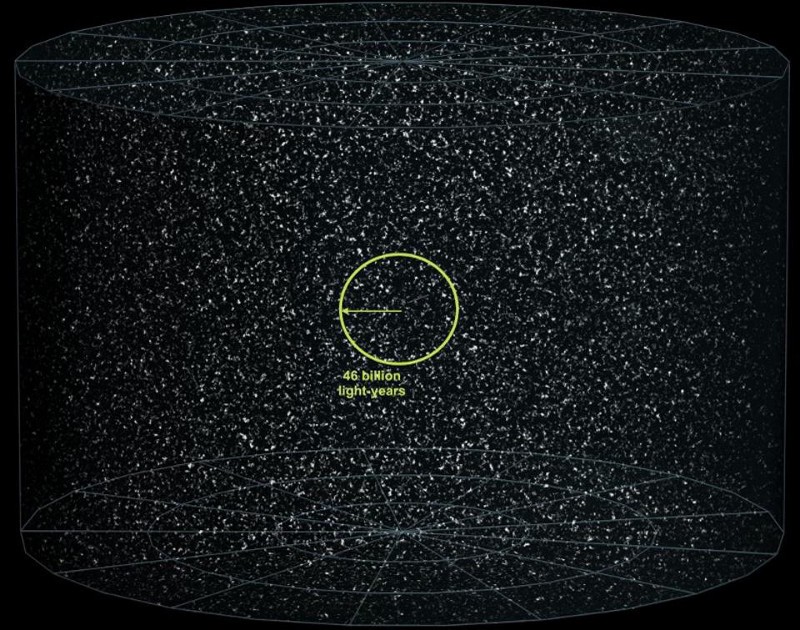 However, reasons to believe are had that it is more. The Big Bang could mark the beginning of the observed Universe what we know it, but it doesn’t mark the birth of time and space as such. To the Big Bang the Universe endured the period of space inflation. It wasn’t filled with matter and radiation and wasn’t hotter. It:

it was filled with the energy inherent in the space;
extended in a fixed exponential order;
created new space so quickly that the smallest physical length, Planck’s length, stretched to the sizes of the Universe observed today each 10-32 seconds.

Truly, in our region of the Universe inflation came to the end. But there are several questions on which we don’t know yet the answer which can determine the true size of the Universe, as well as that, it is infinite or not.

How big was area of the Universe after inflation in which our Big Bang was born?

Looking at our Universe today, at uniform afterglow of the Big Bang and at the Universe plane, we can take not so much. We can determine the highest limit of energy scale in case of which there was an inflation; we can determine what part of the Universe passed through inflation; we can determine a lower limit of that how many inflation shall continue. But the pocket of the inflation Universe in which was born our own maybe much more, is much more lower limit. It can be in hundreds, millions or gugola times more, than we can observe … or truly infinite. But so far we won’t be able to observe more Universe, than availablly to us now, we won’t obtain enough information to answer this question.

Whether Verna idea of “eternal inflation”?

If you consider that inflation shall be the quantum field, then at any time during this phase of exponential expansion there is a probability that inflation will end with the Big Bang, and probability that inflation will continue, creating more and more space. We can quite make these calculations (in case of several assumptions) and they will lead to an inevitable conclusion: if you need inflation which makes the Universe observed by us, then inflation will always create more space which continues to extend, in comparison with regions which already ended with Big Explosions. And if our observed Universe could appear as a result of the end of inflation in our region of space about 13,8 billion years ago, there are areas in which inflation continues — creating more and more space and giving rise Big Explosion — to this day. This idea carries the name of “eternal inflation” and in general is accepted by community of physicists-theorists. And then all not observed Universe is how big? 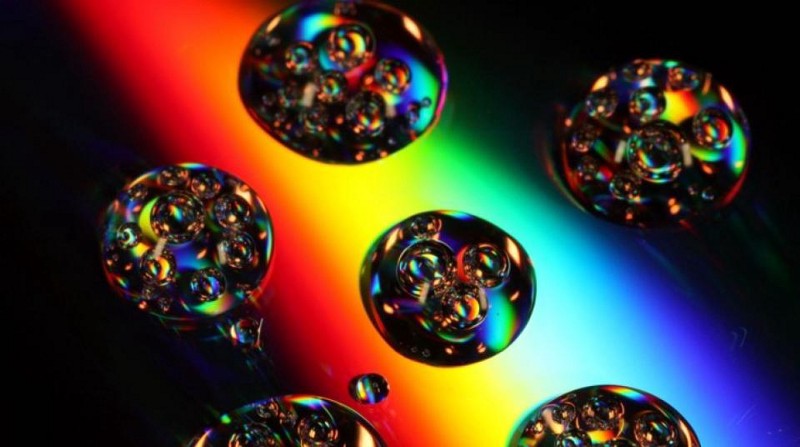 How inflation till the end and the Big Bang long proceeded?

We can see only the observed Universe created at the end of inflation and our Big Bang. We know that this inflation shall continue at least 10-32 seconds or near that, but quite could longer. But how longer? For seconds? Years? Billions of years? Or it is infinite? Whether inflation of the Universe always proceeded? Whether it had a beginning? Whether there was it from the previous condition which was eternal? Or, perhaps, all space and time arose from “nothing” some time ago? There is a lot of opportunities, but all of them aren’t checked and unprovable so far.

According to our best observations, we know that the Universe much more, is much more that part which we are lucky enough to observe. Outside what we see there is much more Universe, with the same laws of physics, with the same structures (stars, galaxies, accumulations, threads, emptiness, etc.) and with the same chances of development of a difficult life. Also there shall be final sizes of “bubbles” in which inflation, and huge quantity of such bubbles concluded in the huge, inflated in the course of inflation space time comes to an end. But to any large numbers there is a limit, they aren’t infinite. And only if inflation didn’t continue throughout infinitely extended time, the Universe shall be final.

Problem in all this what we know only how to get access to information available in our observed Universe: to these 46 billion light years in all directions. The answer to the biggest of all questions, be the Universe final or infinite, it can be coded in the most this Universe, but we are too connected on hands to learn it. Unfortunately, the physics which we have doesn’t give us other options.