Whether “rainbow” will prompt there is life on other planets 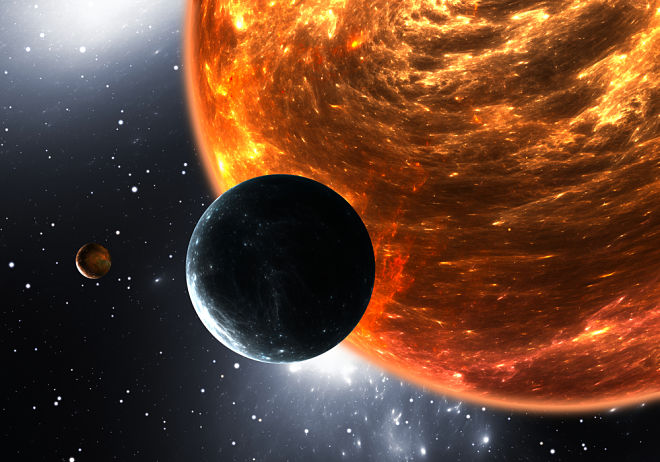 Matteo Broghi from Colorado University in the USA and his colleagues developed a technique of work with a range of exoplanets to find those from them on which there can be life. According to Broghi, around almost all small stars planets and as show calculations rotate, 30% of these planets are potentially manned.

Since launch of the Kepler telescope scientists found about two thousand exoplanets from which several dozens possess similar to terrestrial conditions — they are in “a habitability zone” of the stars, or their sizes are close to terrestrial. Any life affects the planet in the atmosphere the content of oxygen, methane and other gases, and also influences also a range in which the lines responsible for any substances appear. It is difficult to find similar lines as almost all candidate exoplanets (besides Prioksima of b) are from our planet at a great distance. As a rule, astronomers investigate chemical composition of stars by means of a high-res spectroscopy which allows to see the most thin lines of radiation and absorption in a range, but the radiation of planets much less, than at their stars therefore it is difficult to investigate their ranges.

Scientists found a way to separate a star range from a planet range, having drawn a conclusion that the range of the planet is a little displaced in the red or blue party as it comes nearer or moves away from us in process of rotation on an orbit. If to explore lines of absorption and radiation of the integrated range of the planet and its star, having used this technique, they can be divided. Lines are defined by means of a combination of spectrometer data of low accuracy which were obtained from orbital devices, with data of a high precision from land telescopes — it allows to clean from a line range, belonging to a star.

Brog and his team could already note 10 exoplanets which can be manned. However this technique is still impracticable at a research of planets which size does not exceed Earth as straight visions and pictures are necessary. Scientists intend to continue researches and wait for start of telescopes of new generation, including “James Webb”, the European extremely big telescope (E-ELT), the Huge Magellanic telescope (GMT) and the Thirty-meter telescope (TMT).