Whether there are stars consisting of dark matter?

Think of everything that exists in the Universe. Huge space furnaces like our Sun. Gas giants near which our planet will be just a dwarf. Lines of the asteroids rushing through the void. Far stars for thousands of light years from us. All this makes less than 5% of mass of the Universe. Where the rest? It is a riddle so far. Our huge Universe could be created by means of particles of dark matter which we had even no opportunity to observe. Scientists try to prove their existence, and together with them and existence of “dark stars”.

There is one element which can make the whole 25% of the Universe. We cannot feel or see it. It does not interact with light. It does not even consist of structural blocks habitual to us — electrons and protons in atoms of which all matter consists.

It “dark matter”, and scientists try to understand, than it is, decades. The astrophysicist-theorist Catherine Friz — one of those who hunts these mysterious bricks of life. Thirty years ago its theory about invisible glue which helped to be created by the Universe led to construction of underground accelerators of particles on all Earth, like cars in CERN. What do they look for? These particles are called vimpam (WIMP), and, in Friz’s opinion, the stars consisting of this illusive material could help space to be formed billions years ago.

Vimpa (poorly interacting large particles) are the larger particles which are not interacting with electromagnetic forces. It does them “dark” — they cannot be observed, using electromagnetic sensors by means of which people examined the Universe the last hundred years.

But thanks to the theory of a supersymmetry — from which follows that each known particle has a “anti-real” equivalent — in our current atlas of particles there was a gap, and vimpa can excellently fill this gap. They everywhere, but do not leave any marks because reluctantly interact with the routine particles surrounding them. 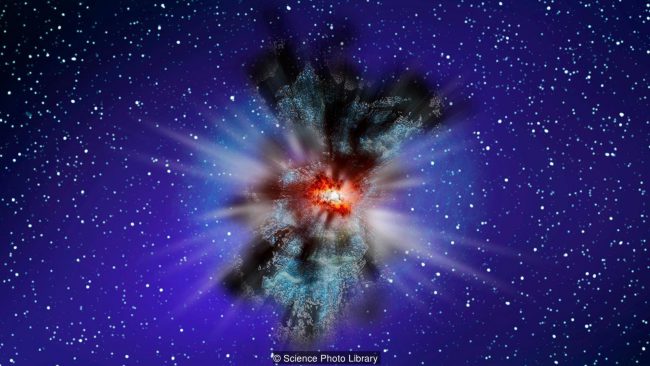 “Well, if we take all objects in our everyday life — your body, a chair on which it sits, air which breathes, walls around us, we will add the planet, we will add a star — all this consists of atoms which we understand, but all this atomic matter makes only 5% of our Universe — five percent! Therefore there are another 95% which we have to understand. And here dark matter and dark energy appear. When they pass through you — billions of particles every second — you do not notice it because the weak coupling really weak, occurs nothing”.

How to find that you have no opportunity to see?

If vimpa exist — and the Frieze is sure that yes — they had to appear soon after the Big Bang.

Frieze investigated this theory with colleagues astrophysicists of Paolo Gondolo from University of the State of Utah and Doug Spoliar from University of Stockholm in Sweden. They looked for the first “dark stars” which were created in early days of the Universe.

Despite the name, these ancient stars were dazzling — they lived an annihilation of dark matter. And some of them could live in distant corners of the Universe, is dazzling shining.

“Dark stars began with the same masses, as the Sun, but could grow more and more, yet did not become weighing millions sun and billions times more brightly”. 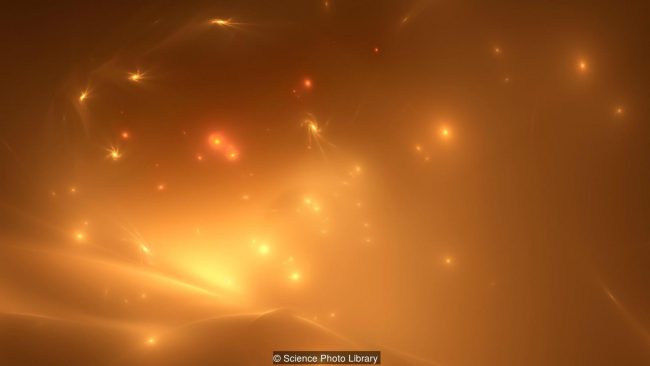 “The following big telescope, the space telescope of James Webb, continuation of the well-known space telescope of Hubble, will be able to find dark stars. Having made it, we not only will find brand new type of stars that already in itself is surprising, but also we will prove that they live at the expense of vimp. So the problem will be solved in itself”.

And it can mean the end for one of the complex challenges in the modern science. Scientists tried to solve a problem of dark matter from 1930th years, but hints on its existence appeared long before it.

“When people studied driving of the Sun and planets around, they understood that the central planets move quickly enough, but the farther from the center, the more slowly the movement”, tells the Frieze.

“Therefore they thought: well, it is Newton’s laws, we know them, these are laws of the nature, let’s look on structures more — on galaxies and congestions of galaxies”.

“But they found not it: they found out that in process of advance from the center of a galaxy everything moves with an identical speed. It was quite strange”. 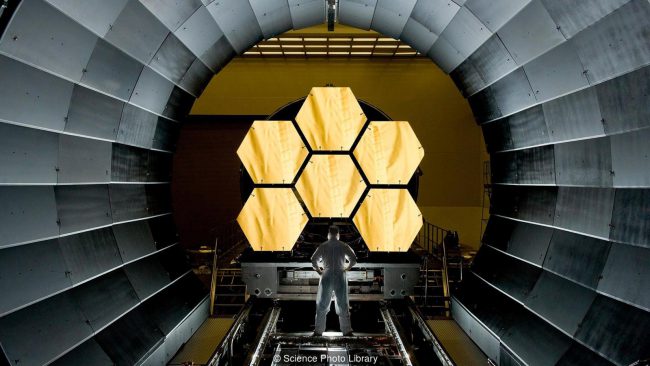 The frieze considers that stars and planets which we see in a night palate are the culmination in the lengthiest line-up of reactions which began with these poorly interacting particles. And she says that without particles of dark matter the Universe could not become such what is. “Structures in which we live, galaxies and congestions of galaxies could not be created if dark matter did not create space network in which we live”.

“That is at first dark matter was aggregated, and then routine atoms, neutrons and protons and so on, together with dark matter created protogalaxies which led to emergence of galaxies, planets and stars. But to start formation of this structure dark matter is necessary”.