Which countries are the most polluted in space? 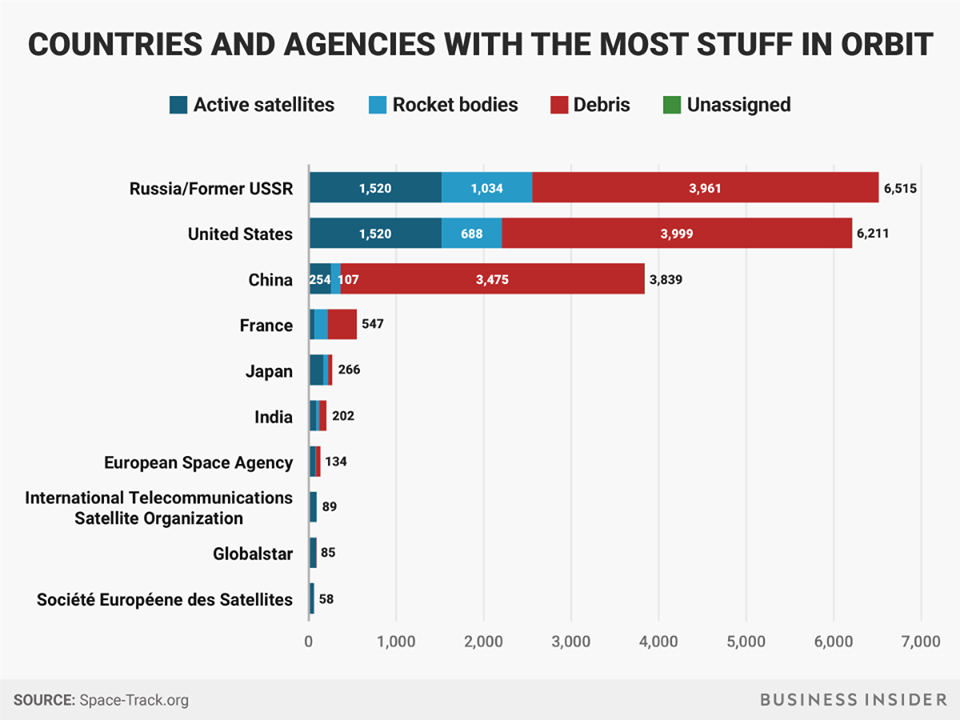 Space debris – spent satellites, detached parts of missiles and lost by astronauts fly around the Earth faster than bullets, and create a danger to operating orbital vehicles. All cosmic powers are littered, but some are bigger than others.

Portal Space-Track.org published statistics on space debris. Table data can be viewed by registering on the site. Most of all in the orbit of Russian (Soviet) objects – more than 6500. But for space debris, Russia is not a leader: our fragments and your vehicles around the Earth 3961 (at least those that are large enough to be tracked from Earth) , and American – four thousand. The Chinese space program is younger than both the Soviet and American, but the number of useless orbital objects launched by the Chinese has already reached 3,475. Most of them were formed as a result of the tests of 2007 when the Chinese military tested an anti-satellite system and destroyed its own satellite.