Who lives on the moon? 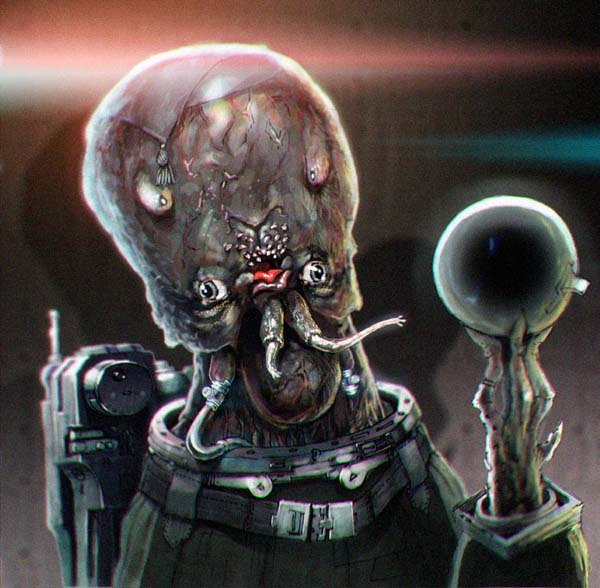 In 1996, the book “Lost Space” was published for the authorship of one of the participants in the project “Apollo” – a certain doctor Edwin Rice, in which Rice claimed: during the expedition “Appolon-17” astronauts allegedly encountered the unknown inhabitants of the Moon who spoke to them on Latin language!

Traveling on the “Rover” on the surface of the moon, the astronauts allegedly met a small dome-shaped structure, from which suddenly sprinkled about a dozen crustaceans. The creatures did not attempt to attack the rover, but the Rover ceased to obey the astronauts. The situation was tense.

At that time, at a close connection, they heard a clear, sonorous speech in a Latin language, which was transferred to Houston, where it was translated, – the astronauts themselves, naturally, did not speak the Latin language in sufficient volume to conduct the dialogue.

The astronauts said that they had invaded foreign territory and that they should now leave home. Attempts to negotiate the inhabitants of the moon-the Senemen – rejected and only repeated the proposal. After that, control over the “Rover” was restored, and the astronauts hurried to the lunar compartment.

The existence of the Selenites on the Moon was immediately declared a state secret in the USA. They believed that the dissemination of information can lead to unpredictable consequences, up to the collapse of the state apparatus. The news of some kind of super-civilization, which is very near, can cause panic, fear and, in any case, an inferiority complex.

The return of “Apollo-17” to Earth was successful, but the question arose – how to be further? With whom, in fact, did they meet on the Moon – with true selenites, with aliens from other worlds, or maybe with Russians? The latter at first seemed most likely: the Russians created their own secret colony on the Moon. However, analysis of the treatment of selenites showed – it was pronounced not by the human larynx. Machine sound?

Urgently prepared the reconnaissance vehicle “Lunar Scout”, which was launched secretly to the Moon in the spring of 1973. The descent vehicle of the station landed near the landing site of Apollo-17. “Scout” went to a known place, the orbital compartment reached a high selenocentric orbit and began to observe the surface of the planet, using the equipment used for reconnaissance purposes over the Earth.

“Scout” did not reach the destination – in the way the connection with him was interrupted. The orbital module transmitted to the Earth an encoded signal: “Landing on the Moon is forbidden. Proof of the force will be at 15.00 GMT “, – further the coordinates of one of the national parks were indicated.

At the appointed time, expected anything, anything – a fire, an explosion, a storm. But something completely different happened. On an area of ​​four hectares, all the trees lost first small branches, then large ones, and only bare trunks remained.

Experts decided that they witnessed the use of gravitational weapons. It was necessary to recognize the extraterrestrial origin of the civilization of the Selenites. And the fact that this civilization can be an undeniable threat to the Earth.

Analysts of various departments began to develop scenarios of the interplanetary conflict – and all agreed on the opinion that the conflict should be avoided by every possible means. The behavior of the Selenites suggests that this is a closed-type civilization that does not seek to establish contacts and is ready to defend its territory. How much it is developed is not known, but the abilities demonstrated by the selenites force us to act with the utmost care. In the first place – no provoking movements. And the Americans left the Moon.

However, an excuse was needed for the curtailment of the lunar programs, and it was found quickly – the Luna de does not represent any interest and it is useless to spend taxpayers’ money on it.

At the same time, contacts were made with the Russians. It turned out that they also faced the problem of selenites.

The experimental flight Apollo-Soyuz, carried out in the summer of 1975, was of political significance-two space powers showed that they were ready for unity before a possible external threat.

Edwin Rice had a reputation as a serious man, to mystifications not inclined. An indirect confirmation of his words is that both the US and the USSR actually closed the lunar programs since the mid-1970s.

The modern development of both technology and economics makes it possible to set tasks that are incomparably larger than simply examining the lunar surface. Colonization of the Moon is a task worthy of the XXI century. But the US government, without blinking an eye spending tens of tens of billions of dollars on the Iraqi campaign, shows a strange stinginess when it comes to the resumption of lunar expeditions.

This strangeness becomes quite understandable if the testimonies of compatriots involved in lunar programs and Rice’s work are considered reliable, true.

Who are they, selenites? Why do they communicate in dead, Latin language – from political correctness, so as not to show preferences of any of the existing countries? Or did they have contacts with the Roman Empire in the past and, therefore, are capable of landing on Earth?

Or the Roman, and before – ancient Greek mythology, the basis of its really real events and the ancient divine pantheon is the super civilization, described by the ancient mind?

Or are their agents among us now?

And then there are two questions.

First: is modern civilization on earth not a careless civilization? We declare ourselves to the whole Universe at the top of our voice: every day thousands and thousands of transmitters radiate information about our civilization in all directions, including space. Sooner or later these information can reach civilizations-predators. Are we ready for their arrival?

Second: if the selenites exist, does this mean that the rest of the planet are occupied by the inhabitants jealously guarding their territory? Probably, like the Selenites, they do not constantly control every meter of the surface of their planets – as, incidentally, we do not control the Earth either. But when the device gets directly into the populated area, it can be attacked.