Why can’t the Mars module of Beagle-2? 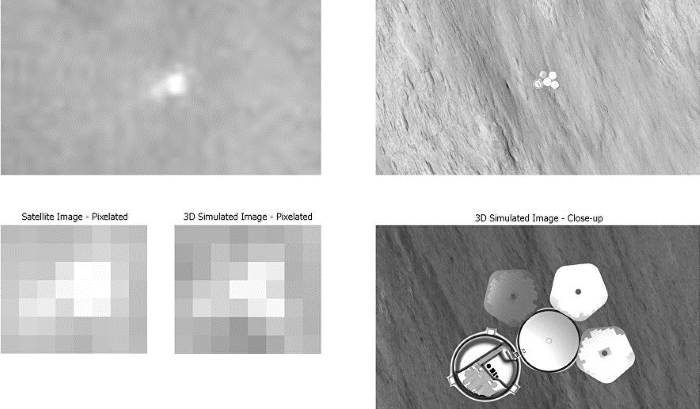 Ill-fated predecessor Schiaparelli, the lander Beagle-2 failed stranded on Mars in 2003, has successfully deployed three or even all four solar panels after landing on the red planet that deepens the mystery of his failure, the press service of the University of Leicester.

Thanks to my idea and to realize its programmers from the University of de Montfort, we are one step closer to solving the mystery of why the Beagle-2 has not made contact after landing on Mars. Of course, it’s possible that we will never know what happened to him – now we know that the landing was completely successful, which was a huge success for us. We stayed in a painful step from the study of the red planet, — said mark Sims (Mark Sims), head of mission of the Beagle 2 and one of the authors of the opening.

The lander Beagle-2 was a kind of unexpected and unexpected addition to the European mission Mars Express. The lender was originally developed in the late 90’s as a home hobby has a group of planetary scientists and other scientists from the University of Leicester and open University in Britain. Therefore, initially, the opportunities and the mission budget was more than modest. The entire budget for the mission amounted to about 80 million pounds sterling, a very modest figure in the cosmic sense.

Subsequently, however, the Beagle 2, due to the rapid activity of the founding father of the mission, Colin Pillinger, received the state support and became one of the components of the pan-European mission Mars Express, sent to Mars in early 2003. At the end of December 2003, at the time of arrival to Mars, the Beagle 2 separated from the probe and tried to make a soft landing on the red planet, after which he disappeared without a trace.

Over the next 12 years, scientists, officials and journalists tried to understand what happened to the Beagle, and who is to assign blame, but a complete lack of data on the process of planting prevented to draw conclusions. Only in January last year, the American probe Mars reconnaissance Orbiter was able to photograph the landing of Beagle-2, which confirmed that the lender really made a soft landing on Mars, but for some reason were not contacted.

These pictures, as told by Sims, made his team and other scientists to assume that the reason for the failure was that not all solar panels Beagle opened fully. The fact that the batteries of the Beagle, because of ultrabudgetary nature of the mission, was a unique set of blades that are attached to each other, and raskladyvanija one by one, and a bad landing or wrongful disclosure of the first or second petal should have the energy to stifle the probe.

Camera HiRISE, installed on Board the MRO, has a very high resolution, but because of the extremely small size of the Beagle, scientists could not immediately see all the details in the pictures. For the past two years, Sims and his colleagues were looking for ways to improve them and understand, just if their first theory.

For this, it tells the astronomer, his team had to go by contradiction – they have created a few dozen computer models of the Beagle with deployed or undeployed petals, put them on a virtual Mars, ograbili image and compared with the images obtained by MRO.

As shown by comparison of virtual and real images, taken at different times of day and at different angles to the surface of Mars, the Beagle 2 revealed at least three solar panels with a very high likelihood that properly blossomed all four petals. Accordingly, to speak about energomachine the lender is now extremely difficult – three panels was sufficient for the Beagle could include its own radio transmitter and contact Earth.

What happened then? While a clear answer to this question is no, but Simms and his colleagues believe that the British Robo-Martian was able to end his life due to problems with the antenna. According to their calculations, the disclosure of the three lobes of solar panels in the configuration that they were on the surface of Mars, prevented normal operation of the antenna of the lender that did not allow him to establish contact with the Ground and transmit collected data on Mars.