Why do billionaires finance the search for extraterrestrial life? 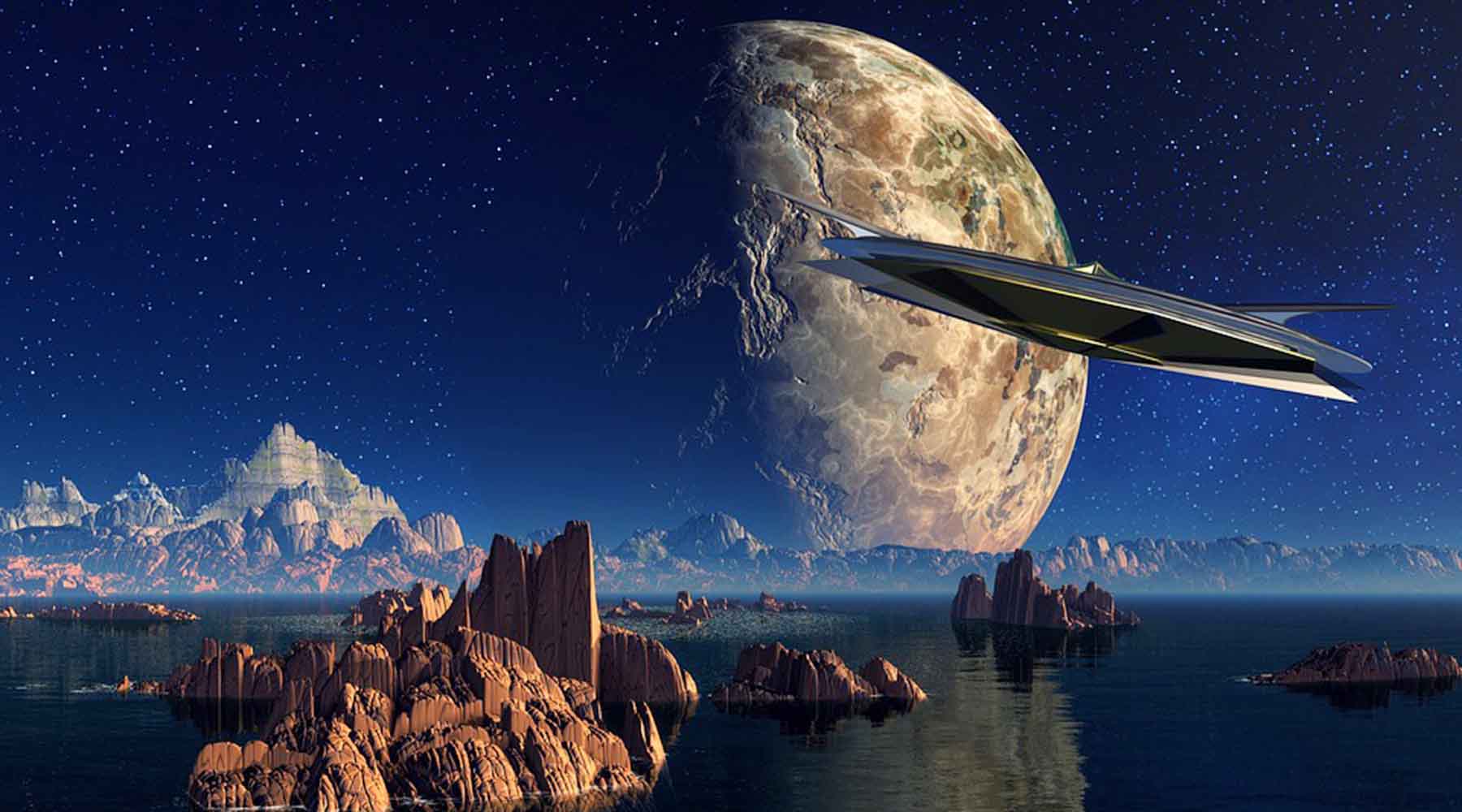 Robert Bigelow, the founder of Bigelow Aerospace and the partner of the agency NASA, on the air of the prestigious social and political program “60 Minutes” on CBS said that he did not doubt the existence of aliens. Moreover, he is sure that representatives of extraterrestrial civilizations are already among us.

“I am absolutely convinced of this. I’m saying how it is, “Bigel Logan told reporters.

The businessman also affirmatively answered the question about visiting the Earth aliens.

“This presence was and continues, the presence of alien beings. I spent millions and millions – probably more than anyone else in the US – on studying this issue, “the billionaire explained. He added that representatives of extraterrestrial civilizations “are right under our noses”.

The presenter of the program asked Bigelow whether he considered such statements risky for a public person and a big businessman, to which the tycoon replied that he was not interested in the opinion of others, since it “does not change the essence of what I know.”

Robert Bigelow was born and raised in Nevada, a place inextricably linked with UFO stories and alien visits to our planet. At 133 km north of Las Vegas, there is a classified airfield and air base Groom Lake, which in the popular culture was named “Zone 51”.

The real purpose of the base of the public is not known, but historical evidence indicates that it is testing experimental flight equipment and weapons systems. It was there that the test flights of the famous U2 reconnaissance aircraft passed. In ufological folklore, the aerodrome is the testing center of technology manufactured using alien technology obtained by the US Air Force as a result of the Roswell incident in 1947. The legendary base, also known as Houmi Airport, was named after the declassified letter from the Director of the CIA, Richard Helms, during the Vietnam War.

Thousands of tourists come to the neighborhood of Groom Lake to see the famous “black triangles” – UFOs, which, according to eyewitnesses, appear from time to time in the sky above “Zone 51”.

Hunters for UFOs regularly post on YouTube and in their blogs pictures of the “black triangles” that they captured in the sky over the deserts of Nevada, Arizona and New Mexico. The authenticity of these materials is highly questionable.

Bigelow himself informed journalists that he had been interested in space since early childhood. At the age of 12, he decided to get rich enough to afford to hire a team to launch his own space program. Until the full implementation of his intention in life, he kept these plans in secret, even from his own wife.

Developing a successful hotel business under the Budget Suites of America brand, Bigelow founded the aerospace company Bigelow Aerospace in 1999. She successfully launched two experimental modules – Genesis I and Genesis II, and the BEAM module was delivered to Space Station by the SpaceX in April 2016. The billionaire himself said that he plans to spend up to $ 500 million to develop the first commercial orbital station.

Bigelow really should not be afraid of condemnation from other captains of the industry – after all, he is not the only billionaire seriously concerned with the search for extraterrestrial civilizations.

In addition to a short period in the 1950s and early 1960s, the search for extraterrestrial life for a long time interested only conspiracy and ufologists who are in the backyard of society, and public figures like the hotel tycoon Bigelow did not advocate the development of such studies, fearing to damage their reputation.

However, recent discoveries in the field of exoplanet studies have returned the interest of official science to this issue. However, despite a new round of popularity of these studies, scientists did not receive additional funding. Support for them began to provide a new class of patrons, providing scientists with money and research facilities for the search for life and developed civilizations on other planets.

Among them is the Russian billionaire Yuri Milner. With the participation of the legendary astrophysicist Stephen Hawking and the creator of Facebook Mark Zuckerberg, he launched the Breakthrough Starshot project, whose goal is to ship the spacecraft in the next 20 years to search for habitable planets and traces of extraterrestrial civilizations in the Alpha Centauri system. Milner has already spent about $ 100 million on high-tech radio telescopes to search for signals of extraterrestrial origin.

The main competitor of Milner and Bigelow is Ilon Mask, who founded SpaceX aerospace company for the delivery of mankind to Mars. Mask also declared his commitment to the search for extraterrestrial life forms. For this, he has serious reasons.

In the past two years, the attention of all scientists and enthusiasts interested in extraterrestrial civilizations has been riveted to the star KIC 8462852, also known as the star Tabbi. In 2015, astronomers recorded a constant change in the intensity of the light emitted by it. The nature of the changes has provided the basis for assumptions that the star can be surrounded not by a series of natural objects like asteroids, but by artificial structures.

A number of popular science media published an assumption that the Tabbi star can be enclosed in the so-called Dyson sphere (artificial construction around the star for maximum use of its energy) or girded with an orbital ring of artificial origin. In 2016, Harvard astronomers published a study in which they reported that they can not say with certainty that there are any artificial objects around the star, but they also can not attribute unusual processes occurring in the stellar system to natural phenomena that can be observed in Space.

Food for thought to the seekers of extraterrestrial life was also given by the statement of the Chilean authorities in January 2017. The State Committee for the Study of Abnormal Phenomena in the Atmosphere (CEFAA), part of the Department of Civil Aeronautics under the jurisdiction of the Chilean Air Force, reported that the crew of the military helicopter managed to obtain very unusual personnel.

In 2014, while patrolling the coastal zone west of Santiago, the crew managed to capture an unidentified flying object with the help of a thermal camera, which the military described as a flat extended platform with two heat centers.

In their official Air Force report, Chile and CEFAA stated that this facility was not an airplane, hang-glider, parachutist, a piece of space debris or an atmospheric anomaly. To date, the report and videotape are the most official of the available evidence of the UFO incident. Given these findings, we can assume that the pursuit of billionaires for aliens will only gain momentum.