Why do not we meet aliens? Theory of the “Big Filter” 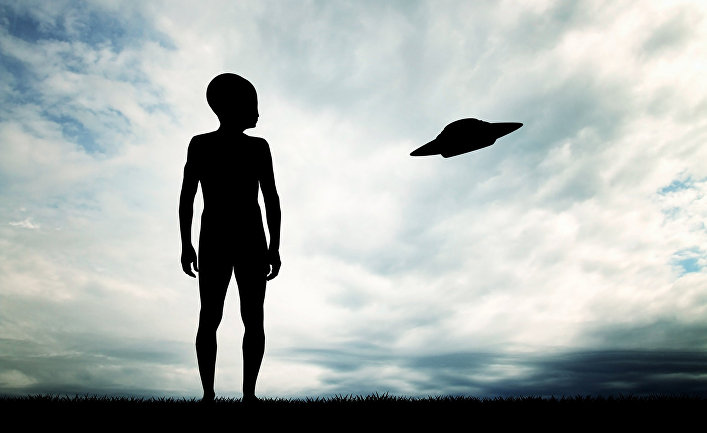 Billions and billions of planets, but with no extraterrestrials, we have not yet come into contact. The explanation can be a stunning theory, which scientists dubbed the “Big Filter”: ”

“It may happen that all civilizations in the world are simply doomed to disappear,” said Professor James D. Miller to the newspaper Aftonbladet.

The universe is just teeming with stars and planets.

Around the majority of stars, planets rotate, and it is assumed that many of them can theoretically be life. Therefore, from the point of view of statistics, the universe should swarm with advanced civilizations, which by now should have solved the riddle of interstellar space travel. But so far there is still no clear evidence that they exist at all.

This amazes many scientists. If, for example, life is only 0.1% of the exoplanets in our galaxy, which are considered to be potentially suitable for life, it means about a million planets with life.

So where are the aliens? Why do not we have contact with them?

The answer can be found in a theory as exciting as it is frightening:

“There are many planets in our universe, but we do not observe life on any of them. Probably, there is something that practically on all planets prevents the emergence of an intelligent life that can somehow manifest itself. “Big Filter,” that’s the name of the theory that is trying to find an explanation for this, “says James Miller, professor of economics at Smith College in Massachusetts, USA.

The concept of “Big Filter” first arose in 1996 in an article by American economist Robin Hanson (Robin Hanson). To put it simply, the idea is that there is a kind of “threshold” for which any life in our universe inexorably ceases – a certain barrier that stops a technically advanced civilization capable of colonizing the universe without letting it succeed:

“Everything can be very simple: life does not occur at all on other planets, or it does, but does not develop to a sufficiently reasonable state. Either – and this is the most terrible scenario – countless advanced, technologically advanced civilizations have already arisen over the years on different planets. Civilizations who learned to make calculations that landed on their moons, but then something happened with them that prevented them from moving on, “says James Miller.

“We are also doomed”

“If civilizations like our own were a common thing, we would have already received some evidence of this. The only explanation: something led to the fact that they all disappeared. So if we had found any evidence of the existence of extinct extraterrestrial civilizations, this would be a monstrous news for us Earthlings. It would mean that we, too, are doomed to perish. ”

But what is this inevitable obstacle? Destruction of nature, nuclear war or something else, from which one civilization after another suffers? And whether it will be for us in the future – which means that we will soon probably cease to exist – or have we become an exception and have already managed to pass through the “Big Filter”, saving life?

A nuclear bomb would destroy the atmosphere

“If we have already passed it, it means that we are very unusual. If the “filter” is still ahead of us, then probably this fate will befall us. In my opinion, we must strengthen our attempts to find evidence of the existence of extraterrestrial civilizations, even if they are extinct. Perhaps, we can answer the question, what with They may have sent signals shortly before they died out, with the help of which, say, they told that they were going to conduct a high-tech physical experiment, “says James Miller.

“According to my theory, this is some kind of hidden obstacle. If we knew in advance that we could destroy civilization, we could avoid it. When the atomic bomb was being developed in Los Alamos, some scientists were worried that the bombs would destroy the atmosphere. This did not happen, but there is a risk that such an experiment in the future may trigger a chain reaction that will destroy us. Perhaps something similar happened to other civilizations before us, “he continues.

Not all, however, believe that the concept of the “Big Filter” well explains why we have not yet come into contact with aliens.

“There are those who claim that the process of the emergence of life is simply much more difficult than many people think,” says James Miller.

Perhaps the strangest of all theories related to the “Big Filter” is that we do not exist at all, but only are part of a giant computer simulator. This would explain why we do not come into contact with extraterrestrials: they are simply not in the simulator.

“If the” Big Filter “is already behind, it would be in a sense very strange, it would mean that we are simply incredibly unique, and then we can admit the simulator theory. Maybe we are part of a simulator belonging to someone, who wants to see how we will act in the future? “- says James Miller.

The idea that there is a kind of “filter” that prevents intelligent life from developing beyond a certain stage may seem gloomy. But, according to James Miller, we have a small advantage on Earth – it concerns the age of our planet. It is estimated that the age of our universe is 13.8 billion years, but our own sun appeared “only” 4.6 billion years ago.

“If the” Big Filter “really destroyed most of the other civilizations that existed before us, we have an advantage in any case.If we emerged at a very early stage of the development of the universe, it would not be so surprising that we are alone. But our civilization arose relatively late, so it is very strange that we do not find any evidence of the existence of extraterrestrial life, “believes James Miller.

“Therefore, we have a significant reason to invest more in astronomy and in search of extinct civilizations. If it turns out that by now thousands of civilizations existed and died out, we have serious reasons to find out why this happened, so that we would not suffer the same fate, “he continues.

Is there a “Big Filter”? Or is it just a theory without any real reason?

The answer, as they say, knows only the sky.

The theory of the “Big Filter” arose in the course of attempts to explain the so-called Fermi paradox.

It boils down to a description of the contradiction between the high probability of extraterrestrial life in the universe and the fact that we have not yet found any evidence of this.

The Fermi paradox got its name after the Italian-American Nobel laureate Enrico Fermi, who in 1950 exclaimed “Well and where are they?” Due to the fact that people did not find any evidence of the existence of extraterrestrial civilizations.