The Chinese National Space Administration launched the satellite Queqiao, reports NASASpaceFlight. This is the first stage of the new lunar program “Chang’e-4”, within the framework of which the launch of the same-named automatic interplanetary station is scheduled for the end of the year.

If the launch is successful, then Chang’e-4 will be the first device to make a soft landing on the far side of the Moon.

To date, China – the only country that has the technology of landing on the moon, said the popularizer of astronautics Vitaly Egorov. Moreover, the plans of space management are backed up by previous successes: the first lunar expedition “Chang’e-1” was launched in 2007, the second – “Chang’e-2” – in 2010.

In 2013, the Chinese National Space Administration launched the “Chang’e-3” apparatus, consisting of a landing module and a lunar rover, to the Earth satellite. Then the apparatus made the first successful landing on the Earth satellite since the time of the mission “Apollo 16” in 1972. “Then the Americans managed to do the same thing, only by hand,” Yegorov specified.

“The mission of 2013 was devoted more to technology than to astrophysics. Nevertheless, the Chinese managed to make several scientific discoveries at once, – he continues. – First, they managed to master the landing on the Moon: those specialists who were engaged in this within the framework of the Soviet and American space programs, at best, are already retired. But before the launch of the mission, Chinese experts came to Russia to get acquainted with the developments of 40 years ago. ” 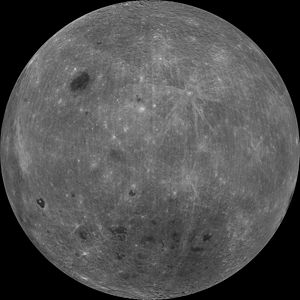 Chang’e-3, equipped with cameras and a spectrometer, was able to study the Earth’s plasmasphere in the ultraviolet range: the plasmosphere is the shell of the Earth from charged gas, surrounding the planet about 90 kilometers from the earth’s surface. Thanks to the radar, “Chang’e-3” was able to “enlighten” the Moon from the visible side to a depth of 400 meters and determine that it has a layered structure, which indicates multiple lava eruptions. Theoretically this was known about before, but now it was proved on a scientific basis.

But all this gives us knowledge only about the visible side, which the Moon is always turned to the Earth.

As for the reverse side, before her space ships from Earth had never before arrived.

It is known that it has a completely different structure: if there are many seas and dark spots on the near side, then the continental relief prevails on the reverse side. Here there are only two seas – the Sea of ​​Moscow and the Sea of ​​Dreams.

The Chang’e-4 station will have to sit in the deepest crater on the Moon, which is of great interest to scientists and a problem for engineers: a device operating on the reverse side can not transmit signals to Earth, so the control will be carried out via a Queqiao satellite transponder, which will work near the Lagrange point L2 of the Earth-Moon system – it is located on a single straight line connecting the planet and the satellite behind the Moon.

One of the main tasks of the mission will be the study of the ultra-long-wave radio range of the universe, which can not be studied from the Earth because of the “noise” that the planet itself produces.

Therefore, until now no one knows how the universe sounds in its pure form. The second thing Chang-4 will do is to study the lunar soil in an attempt to answer the question of why the reverse side has another geological structure.

The competition of the Chinese mission can be made only by India: the launch of the automatic station “Chandrayaan-2”, designed by the Indian Space Research Organization for the study of the moon, is planned in 2018. The lunar mission “Luna-25”, the first in modern Russia, is planned for 2019, “Luna-26” – for 2021, and “Luna-27” for 2022 respectively. This numbering continues a number of Soviet space research.

Also aware of the US plans for the resumption of the lunar US program: in December 2017, Donald Trump signed a directive on space policy for the 2019 financial year, which provides for cooperation with the private sector, the sending of people to the moon and the implementation of the Martian mission.