Why is the crown of the sun so hot? 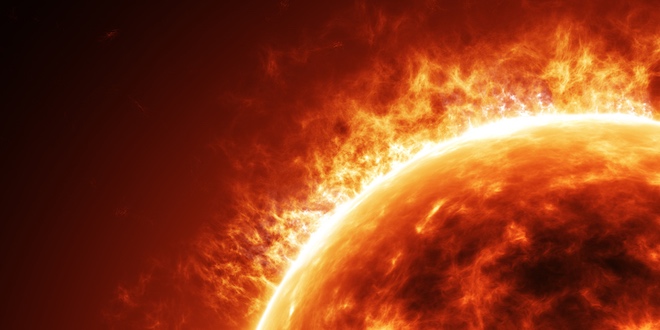 The solar corona, invisible to the human eye, except for the moment when it appears for a short time as a plasma halo during a solar eclipse, remains a mystery even for scientists who study it. Situated 2000 km from the surface of the star, the crown is more than 100 times hotter than the lower layers, which are much closer to the thermonuclear reactor in the Sun’s core.

A team of physicists, led by Gregory Fleischman of the New Jersey Institute of Technology (USA), recently discovered a phenomenon that will help to find out which physical mechanisms heat the upper atmosphere to 500,000 degrees Celsius and above.

The NASA Solar Dynamics Observatory has discovered regions in the corona where the level of heavy metal ions has been increased, namely, magnetic flux tubes.

Iron ions are located in the so-called “ion traps”, which are located at the base of the coronal loops, arches from electrified plasma controlled by lines of magnetic fields. The existence of these “traps” means that there are high-energy coronal loops devoid of iron ions, which, therefore, have not been detected in the extreme ultraviolet light range. Only metal ions produce emissions that make them visible.

Observations suggest that the corona may contain even more thermal energy than studies in the extreme ultraviolet range show.

There are various theories that explain the scorching heat of the crown. For example, some scientists suggest that the lines of the magnetic field are connected in the upper atmosphere and throw an explosive. energy. Energy waves fall into the corona, where they transform into thermal energy.

Scientists note that before finding out how the energy is produced in the corona, it is necessary to compile its map and quantify the thermal composition.

Metal ions enter the corona, when solar flares of different sizes destroy the “traps” and they evaporate in the flow loop in the upper atmosphere.

Energy emissions in solar flares and accompanying forms of explosions occur when the magnetic field lines with their powerful underlying electric flows curl. The strongest of explosions cause cosmic weather – radiation, energy particles and a magnetic field, which ejects the surface of the Sun.

Now scientists can make measurements of vectors of the photospheric magnetic field, from which the vertical component of electric flows is calculated and at the same time the emissions of extreme ultraviolet radiation produced by heavy ions are calculated.

Scientists from the Solar Observatory “The Big Bear” at the New Jersey Institute of Technology made the first images in high resolution magnetic fields and plasma streams that originated deep beneath the surface of the Sun. Thanks to the photographs, the researchers managed to track the evolution of sunspots and magnetic currents from appearing in the chromosphere to their spectacular appearance in the crown as flaming loops.

Conclusions about the temperature structure of the corona and whether it allows the Sun to transmit more heat to the solar system – the subject of future research, say scientists.