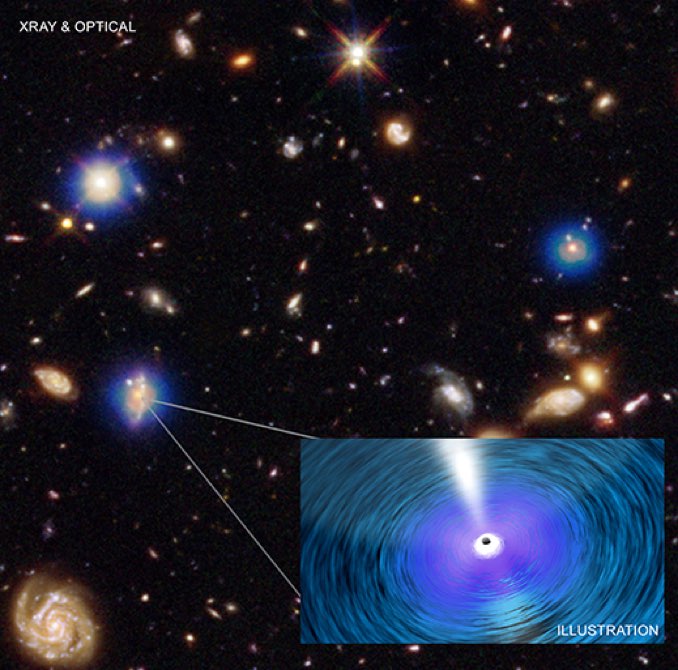 European scientists conducted a study using the Chandra X-ray Observatory and the Hubble Space Telescope and found that supermassive black holes become much faster than the rate of stellar formation in the large galaxies in which they inhabit.

Earlier scientists made scientists think that the rate of star formation in galaxies corresponded to the growth rates of supermassive black holes. However, within the framework of the new study, scientists saw a certain dissonance of this phenomenon.

As it turned out, over time black holes, inhabiting the hearts of large galaxies, become much faster than those that live in smaller ones.

“We are trying to restore the race that began billions of years ago,” said Huang Yang, a researcher at the University of Pennsylvania, who led one of two studies of the growth rate of a black hole.

“We use special data made by various telescopes to find out how this space competition unfolded.”

“We found black holes that are much larger than we expected,” said Mar Mezqua of the Space Research Institute in Spain.