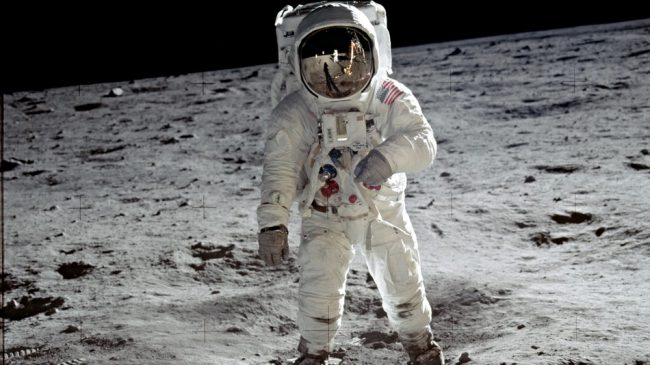 The hope for the colonization of Mars is based on the premise that we can terraform the Red Planet, making it suitable for human habitation, with a normal atmosphere and an acceptable temperature. But one of the latest studies questioned this idea and concluded that terraforming is impossible with the use of existing technologies.

And if we pause the colonization of Mars, it’s time to reconsider the relations that we have with our nearest space neighbor: the Moon. The first successfully landing on the surface of the natural satellite of the Earth was the Russian spacecraft Luna-9 in 1966. This mission for the first time revealed to people a barren lunar landscape.

Since the beginning of the space age, more than 60 successful missions have been sent to the Moon, including eight manned missions. The most famous was the mission of “Apollo 11” in July 1969, which brought the first person to the surface of the Moon.

Why Mars, not the Moon?

These pioneers of space have expanded our understanding of the Earth and the Universe. Mission “Apollo 15” in 1971, for example, restored the so-called “stone of creation” – one of the oldest samples of rocks that were extracted from the crater on the Moon. The analysis of other surface samples confirmed the “giant impact hypothesis”, which now represents a generally accepted view of the formation of the Moon in the process of a powerful impact on Earth 4.5 billion years ago. Since then, however, our view has shifted from the Moon to Mars. In the 1990s, after a series of failures, Mars Pathfinder delivered the first rover to the surface of Mars. This was the first successful landing on Mars since the Viking days, sent there in the late 1970s. The photos the probe showed sparked the imagination of people, sparked interest in new missions to the Red Planet.

Instead of mourning the immediate future of a manned mission to Mars today, let’s look at five facts that speak in favor of the Moon.

To overcome gravity and reach another body in space, you need to move at a certain speed. Travel to Mars from the surface of the Earth requires a minimum speed of 13.1 kilometers per second. This requires large rockets, tons of fuel and complex orbital maneuvers. Due to the weaker gravitational field of the Moon, the same journey from the lunar surface will require a speed of only 2.9 kilometers per second. This is about one third of what is needed to achieve the International Space Station from Earth.

The moon also has certain mineral resources, including valuable metals and rocket fuel ingredients, which are formed in the process of breaking up water ice (and its presence on the surface of the moon has also been confirmed) for hydrogen fuel and oxidizer.

Mineral troilite, iron-sulfur compound, quite rare on Earth, is also present in the lunar crust. Sulfur from troilite can be extracted and combined with lunar soil to produce building material that is stronger than portland cement. This means that the lunar settlement could have been built on the moon using improvised material.

The creation of the lunar base, from which missions will be sent to deep space, will significantly increase the ratio of payload and fuel, allowing us to explore the solar system cheaper and easier.

Energy of the future

Nuclear fusion, the very process that gives life to the stars, can provide us with energy for many years to come. Future synthesis reactors will use helium-3, a lighter version of helium, which is filled with balloons. This isotope is a rarity on Earth, but is abundant on the Moon, where it can be extracted, which attracts interest from a number of enterprises and governments ready to send it to Earth.

The initial burst of commercial interest could provide the incentives and finances needed for the first raids on the useful pools of the moon to then establish a permanent human presence on the moon.

The moon is an inactive world. There have been no major geological changes for three billion years. On Earth, surface details change under the influence of rain, tides, wind or plant growth. The lunar landscape proudly demonstrates its forcible past, featuring impact craters and offering a saved history of the solar system ready for exploration.

The density of the atmosphere on the Moon is very low, ten trillion times lower than the terrestrial density. The absence of an atmosphere provides ideal conditions for the location of astronomical observatories across the entire width of the electromagnetic spectrum. The radio observatory on the far side of the Moon will be completely protected from the radio noise of the Earth.

Atmosphere with low density also makes it possible to build ground-based X-ray or gamma-telescopes, unlike the Earth, where short-wave light is blocked from space. Such observatories could be maintained and updated by the inhabitants of the moon much easier than the orbiting telescope.
People in space