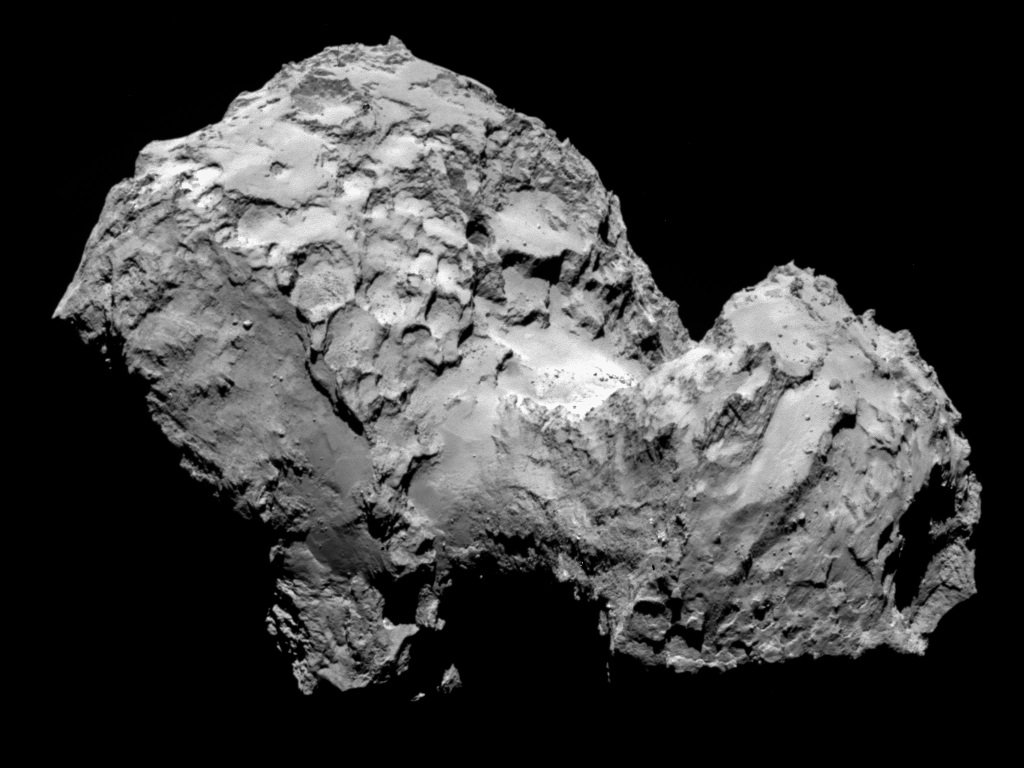 Almost six months have passed since the Rosetta spacecraft completed its activity on a controlled descent to the surface of the comet 67P / Churyumov-Gerasimenko. Landing, after which the Rosetta could no longer keep in touch with the Earth, may have marked the end of the collection of data on the comet – but not the end of news on the 67P. The archive of information accumulated during the mission will be a rich source of material for many years. In fact, the phase of interpreting the mission data has just begun.

And two new studies say that Rosetta managed to shoot both the surface cracking and the landslide, which caused a large release of dust on the comet – an event that allowed us to see the primordial depths of the comet.

One of the most exciting and interesting finds of the “Rosetta” mission was the 67P landscape. After a series of images taken by the NavCam camera in July 2014, which showed that the comet’s core is in the form of a “rubber duckling”, the observation of the comet’s surface became more and more interesting as the spacecraft approached it. So we saw ice fields and faults, characteristic for a body, mainly consisting of ice.

The model of the comet as a “dirty ice ball” has long been replaced by the idea of ​​an “ice dirty ball”. But the images taken in high resolution by the camera “Rosetta” OSIRIS, showed very little ice and a lot of stone. Ice was definitely present, and some of the most iconic images of 67P show the silhouette of the comet’s core against the background of jets and jets flying off the surface. Scientists assumed that ice evaporates from the surface during the sublimation caused by exposure to sunlight, which leads to collapse of cracks and dust and volatile matter emissions.

In two new studies, scientists began to study how the topography of 67P varies as it approaches the Sun and then leaves it. It turned out that it is more diverse than imagined before, suggesting that the main agent of change and erosion is ordinary sunlight.

In a study published in Science, parts of the northern hemisphere are considered in detail, up to the equatorial regions. The spread of cracks is undoubtedly an important mechanism for changing the landscape: a separate line of faults in the “neck” of the comet – initially 500 meters in length – has grown by 50-150 meters in a six-month period. The authors suggest that the cracking was caused by the activity in the 67P core in response to the heat of the sun, which led to a torque-induced increase in the speed of rotation of the comet. This change, in turn, led to the stress that caused the cracking.

Fractures expose fresh material in the bowels of the comet in front of sunlight, which leads to increased activity, when some of these materials sublimate. This mechanism should ultimately lead, presumably, to a break in the comet, to its disintegration. However, when the comet moves away from the sun, activity decreases. But there is no data on self-treatment of cracks – therefore 67P can self-destruct in one of the future journeys to the sun. Comet approaches the sun quite often: every 6.45 years. 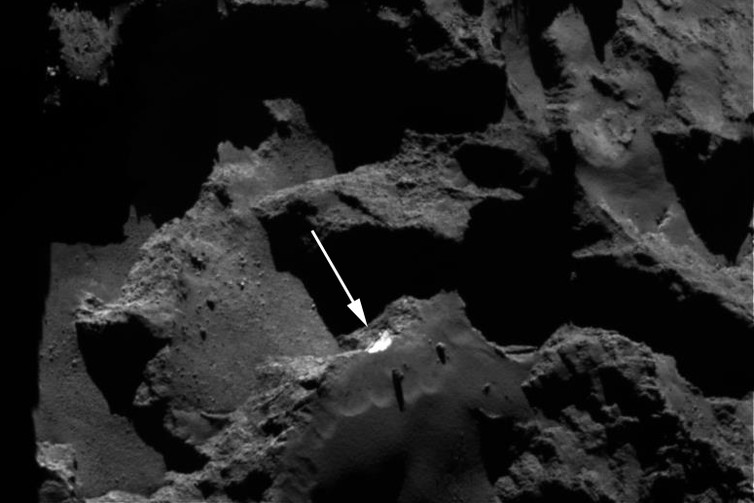 Another work, published in Nature Astronomy, is devoted not to fractures, but to crumbling rocks. Images of NavCam showed a separate large release of gas and dust in 2015, and a few days later the OSIRIS system took detailed photographs in the Aswan region, which reflects more sunlight than the surrounding areas. The authors note a “fresh, sharp and bright edge” on the slope of Aswan, which was definitely formed by a landslide after the collapse of a part of the cliff. 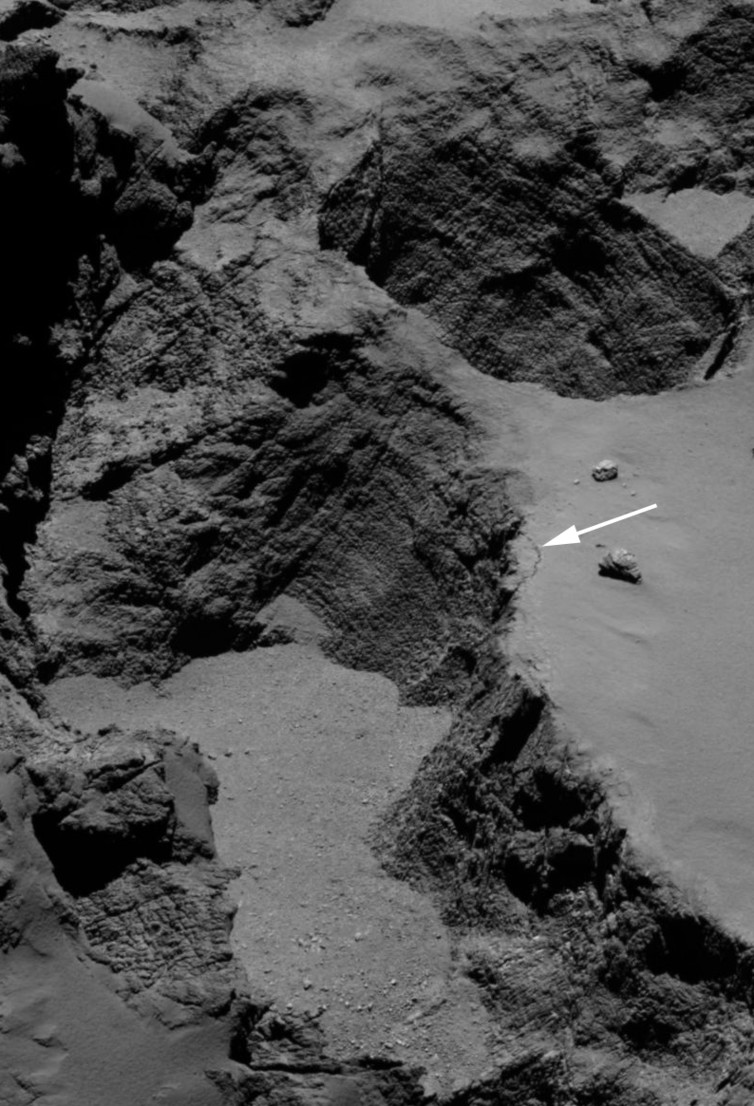 The brightness of the edge is due to the fact that the ice, usually hiding in the bowels of the comet, came out, and it reflects more light. A subsequent set of shots in five months showed that the brightness returned to the normal value for 67P, the ice evaporated, and the cliff covered with dust again. This observation is especially important, since it is the first recorded activity with ejection.

Two of these works have led to a better understanding of the number of mechanisms that form the surface of a comet today. But so far, these are very superficial changes that decrease as the comet moves. What processes were the cause of these cracks and rocks? Collisions? Enhanced activity of volatile content? It’s not clear yet. It remains to visit one more comet to understand.