Will the self-destruct module help to cope with space debris? 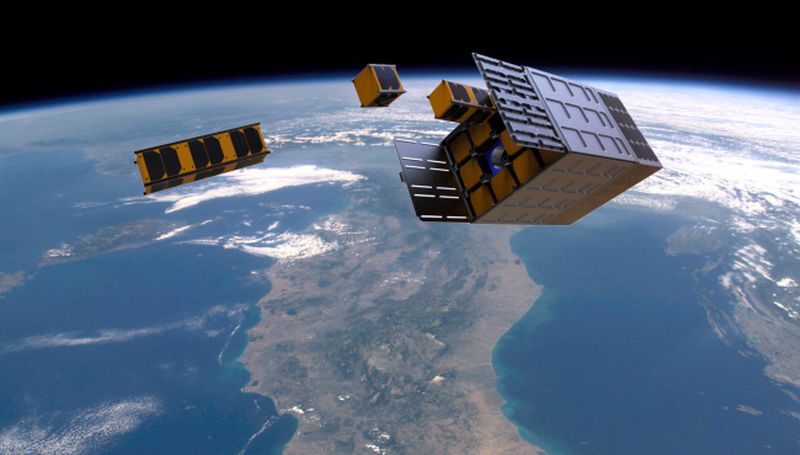 People have learned to launch all sorts of things into space – but they do not really know how to get them back. In low Earth orbit, along with thousands of workable satellites, there is a lot of debris: space debris, space debris, debris from higher orbits. According to the European Space Agency, in the sky above us about 29 000 pieces of garbage more than 10 centimeters, 750 000 – from 1 to 10 centimeters, and 166 million – from 1 millimeter to 1 centimeter.

But there are many smaller things. Earlier NASA studied these trifles on the small craters that they leave on the space shuttle, like acne scars. But since 2011, space shuttles no longer fly. So last month, to return to this task, NASA installed a new 300-kilogram tool on the space station: Space Debris Sensor. This object area of ​​a square meter serves one task: to take blows. They, in turn, tell scientists about the origin of the garbage and help them make extrapolations about larger and more dangerous garbage.

There are other projects that try to solve the problem, and not just measure it – and the world is full of ideas for reducing astronomical debris. For example, it is possible to reduce new satellites after a certain time from orbit, harpoon old ones and collect them into giant seines or cling to sails.

One of the companies called D-Orbit recently tested a new way to get rid of debris: a kind of plug-in engine that drives any satellite that is attached to heat death in the atmosphere. In June, a test satellite with a “decommissioning system”, D3, was launched, and this fall he completed his journey – the first test was successful.

The founder of the company Luca Rossetti seriously refers to space debris. “There is already a lot of garbage in space,” he says. “Let’s be more specific: not in” the whole cosmos, “but in the part that we use for satellites. This space is limited and very valuable, but we have already puzzled it. ” Rossettini hopes that his customers will someday be able to attach the D3 as a LEGO to their own spacecraft, and then – voila – to ensure that when the satellites reach the end of their useful life, they will be destroyed. 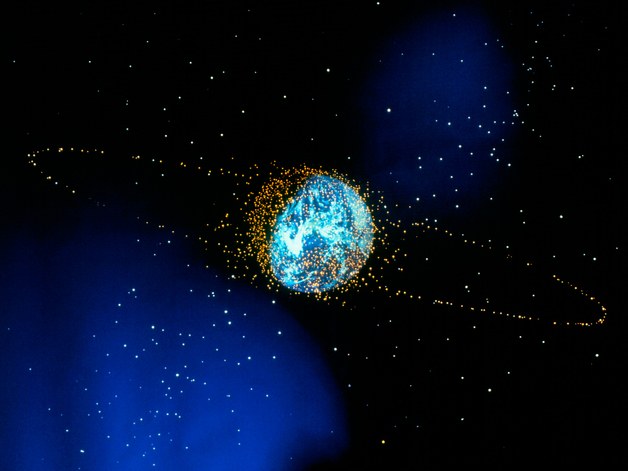 When D-Orbit wanted to test its flagship system, the company tried to persuade other companies to install it on their satellites. In spite of the fact that D-Orbit offered to do it for free, not yet proven technologies proved difficult to convince to accept. That’s why Rossetti, who works on small satellites at the Ames Research Center in NASA, together with Planet, which surveys the Earth, decided that D-Orbit needs its own satellite.

In June, D-Orbit launched the D-Sat – CubeSat with a D3 death device on board. D-Sat circled around the Earth for about three months, conducted several experiments. And then, at the end of his short life, people from D-Orbit were ready to bring the D3 into action.

“We knew we were setting ourselves a big task, especially with a big engine on such a tiny satellite,” says Rossetti. “But D3 should have worked.” That fall, the day appointed, Rossettini sat in the control room, put his finger on the big red button. Before launching the D3, he was instructed to spin the satellite to 700 rpm to stabilize it. Then Rossetti pressed the “die” button. D3 came into effect. “Everything worked as it should, but something happened.”

The satellite did not enter the spiral of death. Although D-Orbit is still completing the flight analysis, Rossetti thinks the team found out what the problem is: D3, due to human error, was not exactly aligned with the satellite’s gravity center. A few millimeters of deviation meant that the thrust of D3 partially twisted the satellite instead of just pushing it.

“The good news is that the D3 has worked as expected,” says Rossetti, even if his work did not produce the expected results.

Despite the dubious result, Rossetti says that the company has received more requests – from mysterious customers – to attach the D3 to future satellites. D-Orbit communicates with unnamed potential customers in Europe, the US and the Middle East. The company also has a contract with the European Commission to create the first decommissioning system for medium and large satellites, as well as with Airbus. “Airbus is creating a platform for testing various technologies for passive decommissioning,” says Rossetti, “and our D3 can put an end to all experiments on this platform.”

Currently, D-Orbit is working only to put the D3 on the satellites that have not yet been launched. But in the future, with the help of partners, the company hopes to put the power system on already operating satellites to enable them to die. Perhaps D3 will be able to solve the problem of space debris, at least in part.