With the help of neural networks, six hyper-speed stars 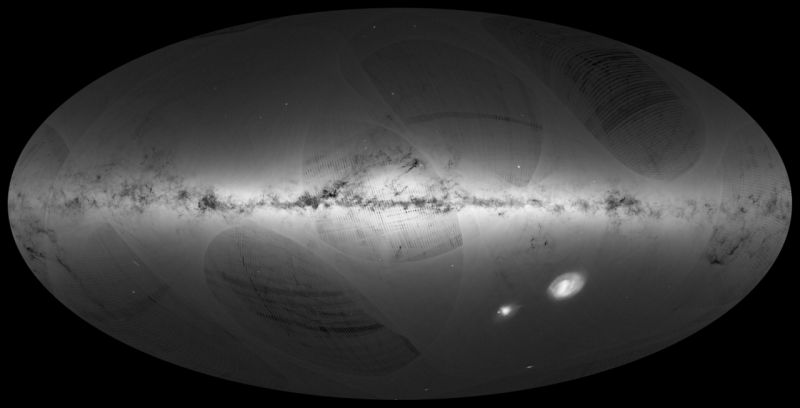 The main part of the stars of the Milky Way is in the galactic disk. The remaining luminaries are dispersed in a halo – spherical structure, stretching for hundreds of thousands of light years. But wherever the stars are, they revolve around the center of our galaxy in orbits. For example, the average velocity of halo stars is 150 km / s. Our Sun is moving at a speed of 220 km / s. For one complete revolution around the center of the Milky Way, it takes about a quarter of a billion years.

But some of the stars in the Milky Way are moving at speeds much greater than the mean values. They are also called hyper-speed. There are several possible causes, because of which the luminary can accelerate to an abnormally high speed. Sometimes the whole blame is a supernova explosion, literally catapulting the companion star, or a close rapprochement between two star systems.

But there is one more scenario. In the center of the Milky Way is the supermassive black hole Sagittarius A *, whose mass is 4.3 million times the solar. Its powerful gravity can seriously speed up a closely approaching star. Until recently, astronomers knew about 20 luminaries, due to their speed Sagittarius A *. But now this list has increased by several more positions. In this, scientists helped the neural network.

With the help of a neural network, researchers analyzed the first part of the Gaia catalog published in the fall of 2016, containing data on the position, parallax, stellar magnitude and the proper motion of two million stars of the Milky Way. Already after an hour of work, the network reduced this sample to 20,000 promising candidates. Soon it was reduced to 80 stars.

After that, the astronomers carried out the check of the list, checking with the data of other catalogs and, if necessary, conducting additional observations. As a result, they managed to identify six hyper-speed stars whose orbits lie near the center of the Milky Way. On average, they move at a speed of about 360 km / s. But one of the stars accelerated to a mark above 500 km / s. And this means that it will overcome the attraction of the Milky Way and in the future it will leave it forever, leaving for the intergalactic space.