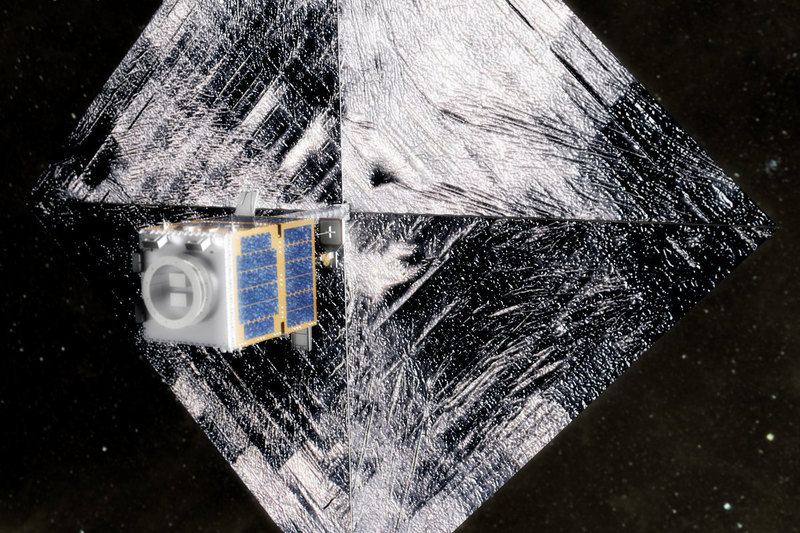 The International Space Station (ISS) recently launched the experimental satellite RemoveDEBRIS, equipped with a network and harpoon. With the help of the device, they plan to test the technologies for space debris harvesting.

The RemoveDEBRIS satellite – among other scientific instruments – was delivered to the ISS by the Dragon spacecraft launched by SpaceX company using the Falcon 9 launch vehicle in April. The other day, a 100-kilogram experimental device, with the help of which they hope to test the technology for space debris harvesting, was launched from the station, NASASpaceFlight.com reports.

In the next two months, ground-based operators will include and verify all subsystems of the satellite. Scientific experiments are planned to start around September, for each of them, it is supposed, it will take from three to four weeks (this is due to the fact that each of the experiments the scientists plan to record on video with high resolution). It is reported that three of the four planned experiments were developed by Airbus.

First, RemoveDEBRIS will launch one of the two CubeSat satellites to a distance of approximately five to seven meters, then use the network to catch it. In December, within the framework of the second experiment, using a navigation system using 2D cameras and a 3D lidar, RemoveDEBRIS will track the second launched microsatellite. In February 2019, the third experiment will take place: RemoveDEBRIS will launch the third object – its main satellite will have to be caught with a special harpoon, thrown at a speed of 20 meters per second. At the end of the mission, sometime in March 2019, the device will have to deploy a sail, with which it can quickly descend from orbit.