X-37B does not have high maneuverability 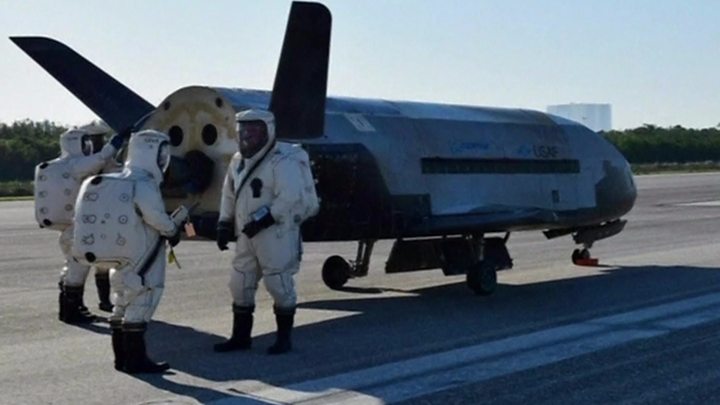 The expert notes that the X-37B often changes the height of the orbit, but its inclination remains almost constant. In his opinion, wings are necessary for an aircraft only when entering the upper layers of the atmosphere for the subsequent landing of an aircraft type.

Statement by former US Air Force Minister Heather Wilson, according to which the X-37B has high maneuverability, Langbrooke called “myth-making”, however, admitted that the aircraft can use the entry into the upper atmosphere for the subsequent change of the inclination of the orbit, but still “clearly not demonstrated this opportunity. ”

Boeing X-37 is able to go into orbit and land in the same way as the Space Shuttle series. The length of the reusable orbital aircraft is 8.83 meters, which is four times less than that of the Space Shuttle, the wingspan is 4.6 meters. The Pentagon has two Boeing X-37s, the military alternate the launches of each of them. The first launch of the mini-shuttle took place on April 22, 2010.