In Buryatia the icon was mitered 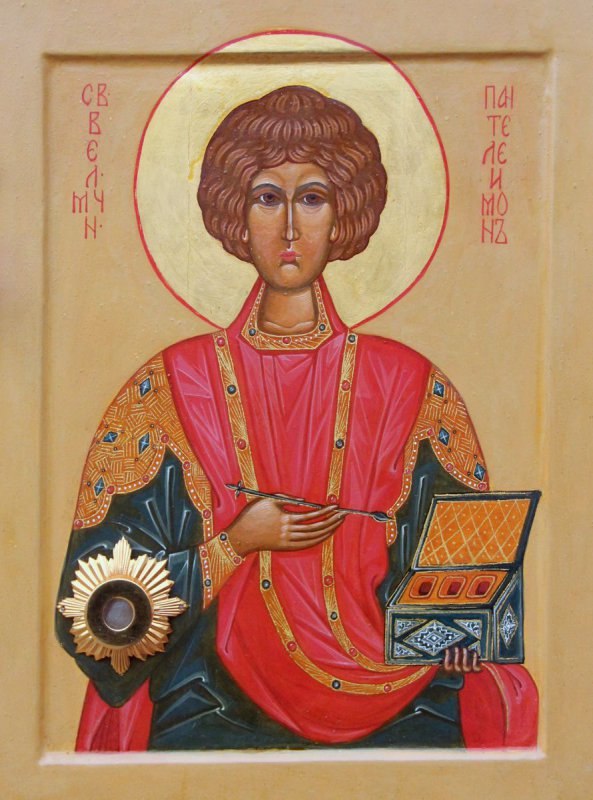 In the Sretensky Monastery in the village. Baturino Pribaikalsky district of Buryatia, the icon of St. Panteleimon was fixed.

Mother Superior of the Sretensky Monastery Nick commented on the incident: Miro appeared a few days ago – before the memory of the saint. The icon was given to the house of invalids in the house of the church along with the relics, and they had a freeze. They were very surprised, at first there was a drop, then a trickle appeared. When they returned it to us, the mirotoculation increased.

The icon was written several years ago in the Chita monastery, after which it was transferred to the monastery in Baturino. On the icon the healer is depicted with a brush in his hands. Mirotochenie manifested itself on the nimbus (pictured), near the hand, even on a tassel. On the chest of the worlds and on the nimbus, the world is very visible. From the brush comes the miracle, as if he is going to anoint us, there is a trickle. The icon gives out an oil, and not some gum, which is given by a pine board, but an oily liquid in large quantities. 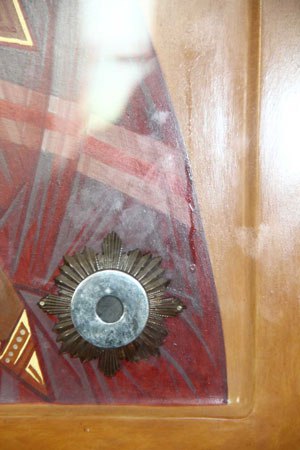 More facts of the myrrh content of icons in Buryatia:

October 30, 1999. In the Holy Odigitrievsky Cathedral in Ulan-Ude, the icon of the Mother of God Odigitriya Smolenskaya was concealed. Mirotochenie was accompanied by a fragrance. In the prayer room at the cathedral began a pilgrimage. A forensic examination was conducted, indicating the actual mirotoculation, it lasted twelve days.

In the middle of the 2000s, the Rector of the Epiphany Church in the village of Ilinka in the Pribaikalsky District of Buryatia, Evgeny bought, on the occasion, an old icon, “The Prophets David and Isaiah.” When the priest brought her home and cleared it of dust, she abundantly mended it.