A Ghost in a hospital 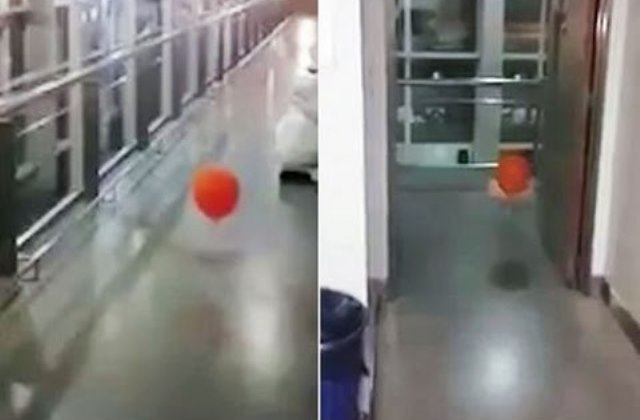 Balloon, which is wandering the corridors of children’s hospital in Argentina, so scared of health workers, they even asked the question, were not returned “from the dead” one of the former patients.

In the video filmed by one of the nurses, it is clear that floating in the air, the red ball moves as if someone is manipulating him.

One of the witnesses even thought that the ball chases him. His excited companion came to him and said, “a Woman in the house said that something touched her leg,” and then anxiously said: “He swims to us.”

They went into the next room, but continued to remove the doorway that connects the hallway. Imagine their shock when the balloon turned into the room right behind them. It seems that they’ve experienced real horror, the video ends abruptly when they try to run out of room.