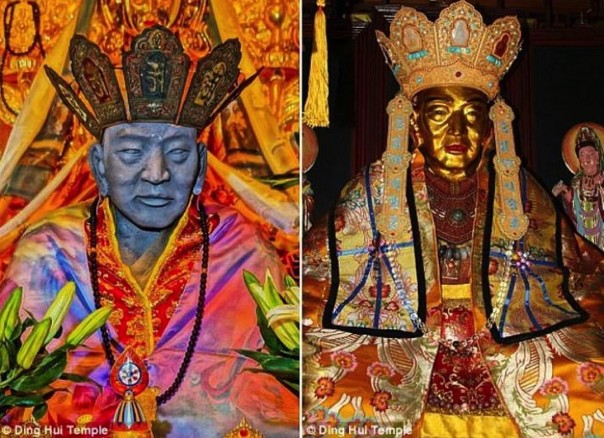 Monks from the Buddhist monastery of Dinghui located in Vuana, Hebei Province in the north of China, appealed to the doctors to scan the monastery and the very revered mummy of the master Tsa Xian, which was recently gilded as a sign of the highest respect.

The request was eagerly answered by doctors who did not even expect to receive such a unique opportunity to study the mummy, which is already 1000 years old. The procedure took place in the presence of the monks of the monastery, pilgrims and journalists. A tomography of the mummy was made right in the monastery.

The study was conducted on July 8 this year, when a group of doctors brought the equipment to the monastery and conducted a mummery computer tomography. The results shocked everyone and doctors, and monks, and journalists, and pilgrims. Tomography showed that the brain, internal organs, bones, joints and teeth of the mummy of Tsi Xian are in the safety of a living person. 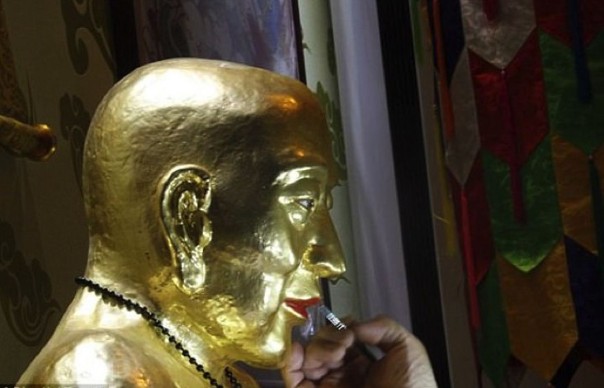 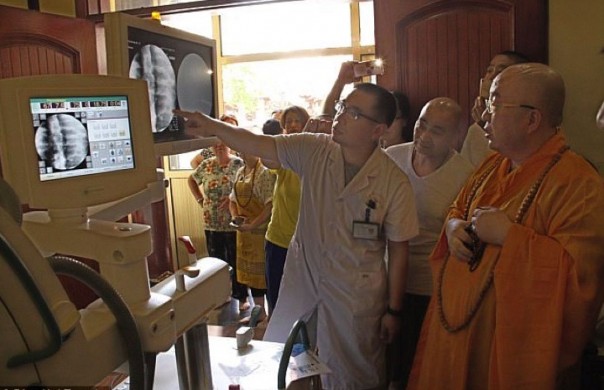 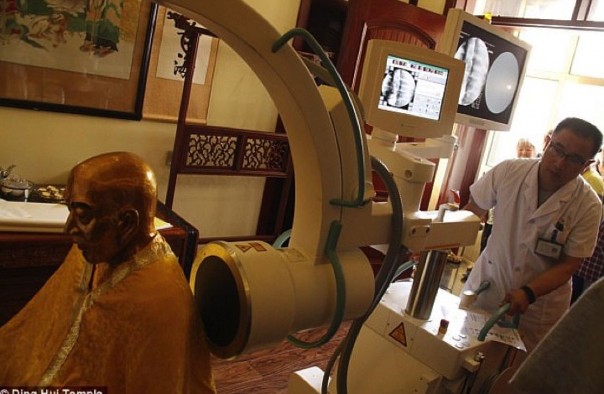 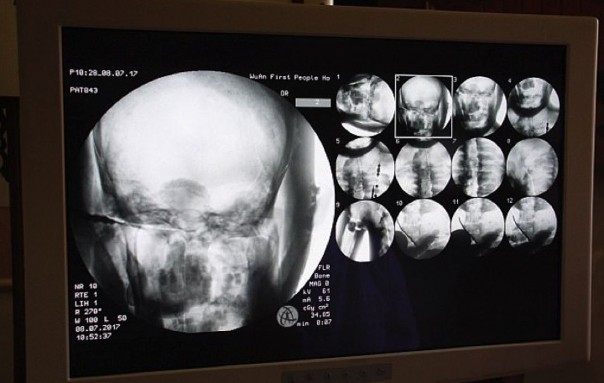 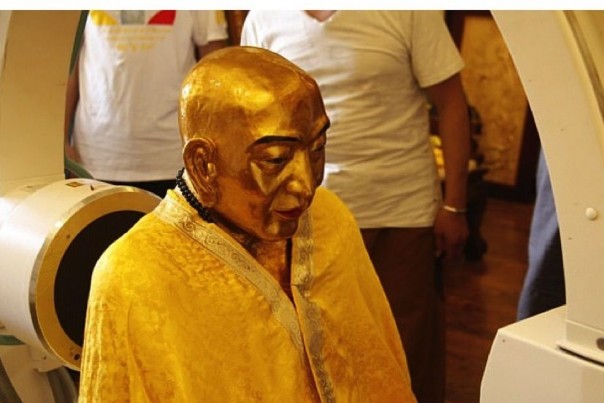 Master Tsy Hsien was born in India and at the end of the first millennium AD he went to China to preach and spread Buddhism. He had many followers and disciples, and when he died or rather ceased to give signs of life, his body was mummified and became a sacred relic of the monastery.

At some point in history, the body of the great Tsa Xian was considered lost, but then it was found hidden in a cave, it happened in 1970. Since then, the mummy was kept in a monastery and many pilgrims came to the monastery to look at the great master. Recently, the mummy was covered with gold to give it a more majestic look.

The doctors who examined the mummy told us that they have no idea how the body of the monk survived in a “healthy” state, and monks and pilgrims see this as a manifestation of the so-called state of samadhi, they believe that the great master did not die, but fell into this enlightened State, a kind of anabiosis and one day it will come out of it and come to life.