A translucent silhouette was photographed in British Kent 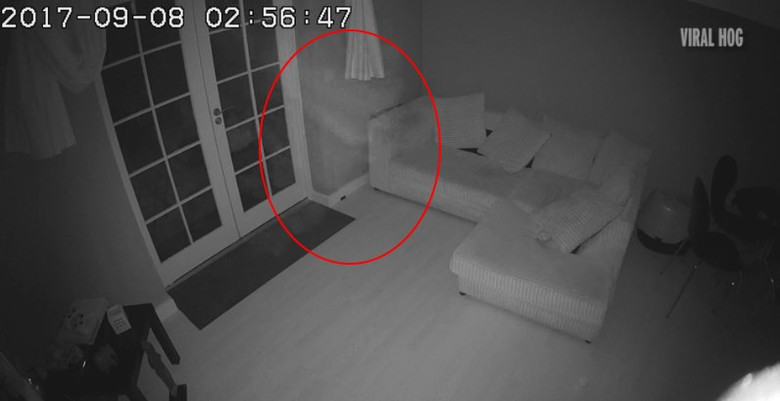 In British Kent, a ghost-like camera came into the house. A translucent whitish silhouette twice crossed the living room and if in the first case the object was difficult to discern the outlines of a human figure, then for the second time it really was like a head and a part of a man’s shoulders. 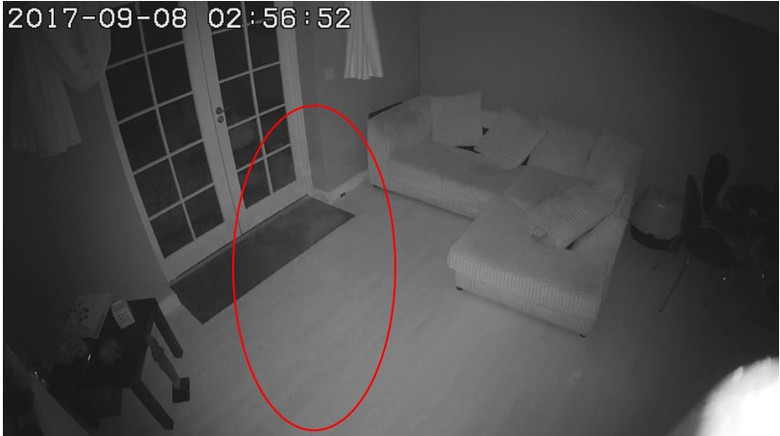 In motion on video, the ghost (or it was two different ghosts) is noticeable better than on the frames.

Living in the house Stephen Lee and his friend James say that they believe that this building is inhabited by ghosts, and previously there was a hospital, and not living rooms.

A video surveillance camera in the living room was set up to watch the pranks of two family pets – French bulldogs. Ghosts hit the video at night, when everyone was asleep in the house.

The object caught on the camera is difficult to explain by natural causes. It does not look like a spider or other insect, and when a ghost passes a second time, a human step is very good.

Stephen Lee says that he does not really believe in supernatural things. However, he feels that there is something strange.

He says that he saw how his dog once looked into the corridor and growled at someone, but it was empty. In addition, the lights on their Christmas tree at times began to flicker mysteriously and they could not understand what the problem was.