The first mention of Bucharest dates back to 1613. Here then there was only the tavern, the barn and cellar. However, in 1678, it was a large settlement of merchants and artisans.

Such a rapid development was favored by the convenient location of the Posada. He was on a post road connecting Vologda with Arkhangelsk. All the way from olden times trade was conducted with tar, turpentine, resin and timber.

The area around Verhovaja well-known anomalous phenomena. Often stop here to work a variety of instruments, including compasses, and local residents often see in the air glowing objects. In winter there are thunderstorms, and in the summer flies snow storm.

40 km from Verkhovazhye is the village of Chushevitsy, where anomalous objects were found most often. The center of this unusual area researchers believe a small forest, located on the banks of the Vaga river.

There is documentary evidence that in 1912 there were engaged in the study of the magnetic field scholar of the Imperial Academy of Sciences A. Loidis. He also said that one day all the expedition members are out of order watch.

Nowadays, the research in this area were engaged in bioenergetic V. Brunow, who was trying to measure the pulse of energy through the metal framework. He came to the conclusion that energoactivity in the middle of the river váh near the coast is 27-34 points. For comparison, in normal conditions it does not exceed 3 points. The activity of more than 19 points already dangerous to humans and can even lead to death.

Geologists who have studied this area have concluded that the forest is located above the tectonic fault. It is in such places often there are different anomalous phenomena.

Here is told, for example, a local resident Galina Sobolev:

“Many people have seen glowing orbs, but I never met… until that day. In the evening I happened to look out the window and saw three balls, gliding over the river. They lined up in a triangle and caught two balls and then one. The latter disappeared after the sound and flash”.

Bruno talked about that in 5 hours after being hit in the anomalous zone all of the mechanical clock started to lag, and quartz, by contrast, “ran” for 5 minutes forward. Electronic watch is deteriorated. 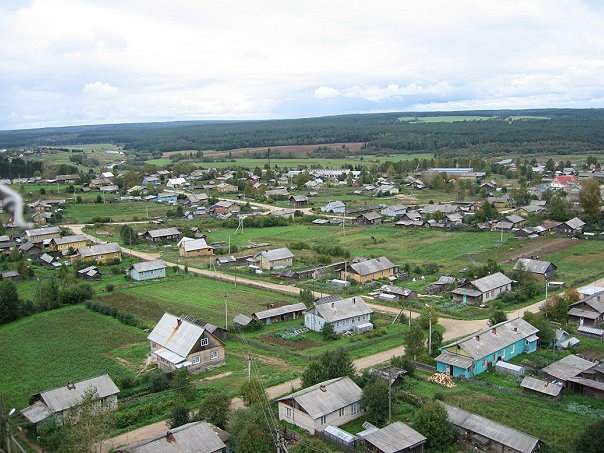 28 km from Verhniaja is the village of morozovo, also known common anomalous phenomena. The witness of one of them was in the early XX century surveyor Mack, who had to break part of the forest called Pezhemskii giving equal squares.

Mack paved only a few rides and left hopeless task, because the compass in this terrain did not work, constantly showing the wrong direction. Until now, visitors can explore the glades McCoy, which intersect at an acute angle.

Later bad experience surveyor was repeated road master N. Plotnikov, who received the task to carry out the kilometer markings of the road in a straight line. For his work, the master used the compass. Later, when foresters cut down on the markup clearing, it turned out that she, instead of going straight, is bent to the side.

In the 90-ies of XX century in the vicinity of the village of morozovo worked Geophysics which confirmed the presence of the geomagnetic anomaly, which, according to them, due to the rich deposits of iron ore.

Size Verhnevozhsky abnormalities has not been elucidated so far. Research carried out here is small, but the area has long been called “Bermuda” and is a kind of landmark.