Area 51: what scientists and military are silent about 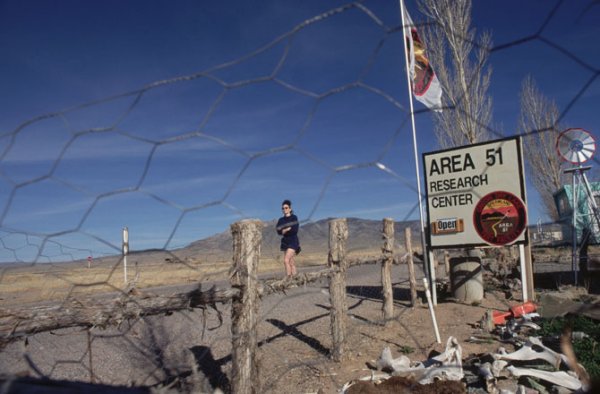 The most secret place on the planet is located in the US state of Nevada and is hidden from prying eyes. On the way to “Area 51” there are no signs and residential buildings, but it is there that scientists conduct experiments on aliens, which they prefer to keep silent about.

Navy officer Derek Hennessey, who served here in the 80s, indicated on the diagram the place where the containers were stored inside the body of the aliens. The long pipes of glass, having 180 cm in height, were all the same and stood side by side. The creatures were covered with aluminum rings, after which the storehouses were filled with mortar. In a deserted desert with a remote military airfield, the path of others is closed, because there is a special territory that has generated a lot of rumors.

In the 1950s, the zone was part of the test site, which conducted nuclear experiments underground, and the latest technology was on the wings of aircraft. Suddenly, mysterious construction work began at the bottom of the dried Lake Grum Lake. All employees, together with the doctors, were urgently removed from here to other places. Then the military masters dismantled part of the landing strip, transferring it to the ground, and after the completion of the work, the object was taken by people in civilian clothes. Then the exterior structures were restored to make everything look as before. 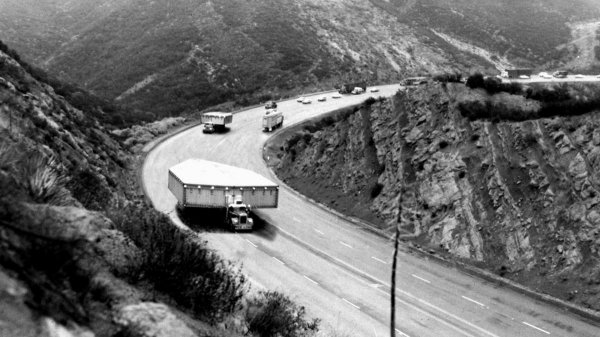 Emergency measures were taken immediately to protect the territory and airspace, after which it was given the code name. History takes readers to Silver City, where in 1947 a doctor noticed a mysterious object in the sky resembling a flying saucer, the dimensions of which were similar to the half of the moon. Then in the area, the military recorded a white UFO flying at high speed past the missile test site, after which lightning flashed in the sky. 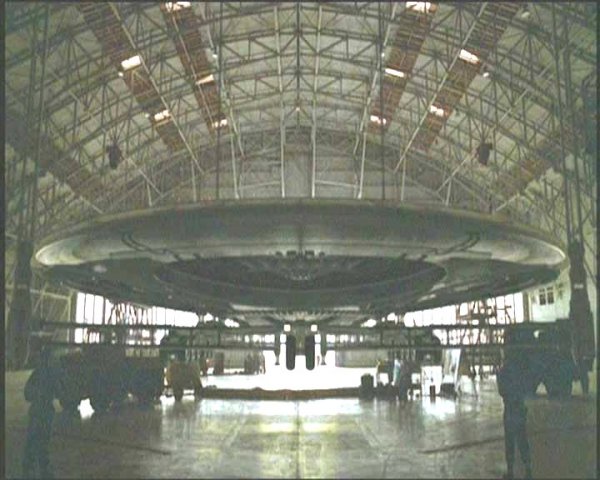 Summer thunderstorms were typical for this area, only Mark Brazel from Roswell heard an unusual sound during the rolling, like an explosion. In the morning the man went in search of the sheep that broke through the barrier of the ranch, and saw a smoking funnel around which pieces of an unknown metal with signs in the form of figures scattered. After a while, the authorities found out about the find, the military site was encircled by the crash site, and the farmer was taken to the Air Force base. He was forced to sign a document on silence, but rumors were already spreading among the population, reporting the crash of the alien ship and the remains of the pilots. 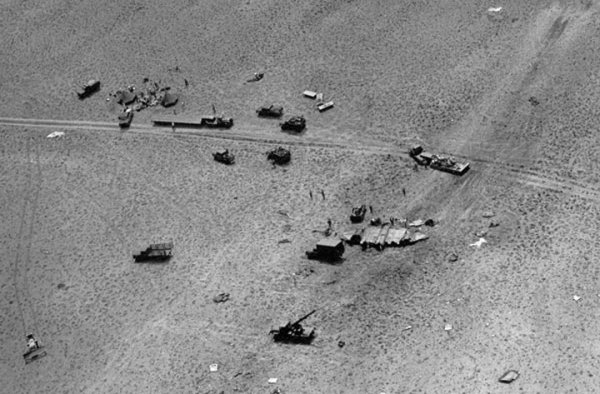 Mysterious little men, unlike earthlings, could be representatives of another civilization, who flew to our planet, as they had been here many times in antiquity, which has already been proved by scientists. After such an event, they were vigorously discussed by the townsfolk, and the locksmith working at the base saw the orderly with the stretcher on which the humanoids lay. Doctors examined their bodies with four fingers on each hand, after which they found out that they were men with large heads and eyes, whose mouth resembled a narrow slit. One of the crew was alive, but the FBI urgently intervened in the media, who voiced this material, threatening journalists with terrible punishments. 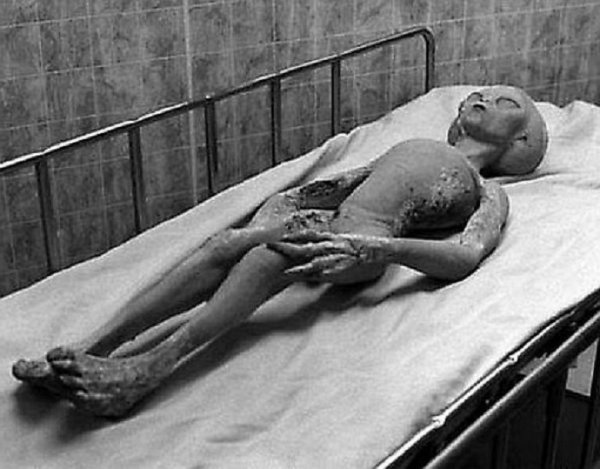 Then people had to give up their words, and the latest information relates to the transportation of capsules to a closed zone. The incident was soon forgotten, but a few years later a Red Light team arrived, which included 800 people, all of whom lived on the base under strict control of air defense and protection, and after them came scientists who worked on the country’s most secret projects. Developed the Manhattan program, dealing with nuclear weapons. That’s when “Area 51” began to take UFOs that crashed into the territory of Arizona from 1947 until the end of the 50’s. 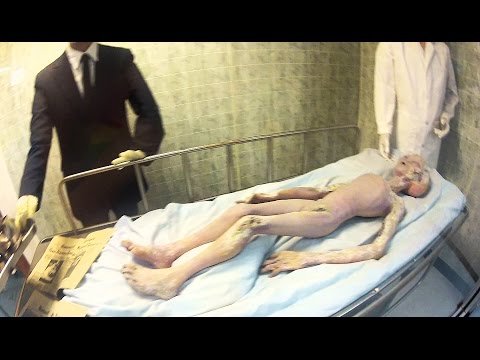 The plates were given the code names “Elian”, after which the employees managed to partially restore the objects and make copies for them on earth equipment. “Curious reporters managed to obtain information about three UFOs, and in special lab conditions there were two aliens.” One of them had a silver suit, but His partner was in a brown overall, the creatures had grayish skin and were of short stature, the first of them died in 1951, and the other lived under terrestrial conditions for 8 years. 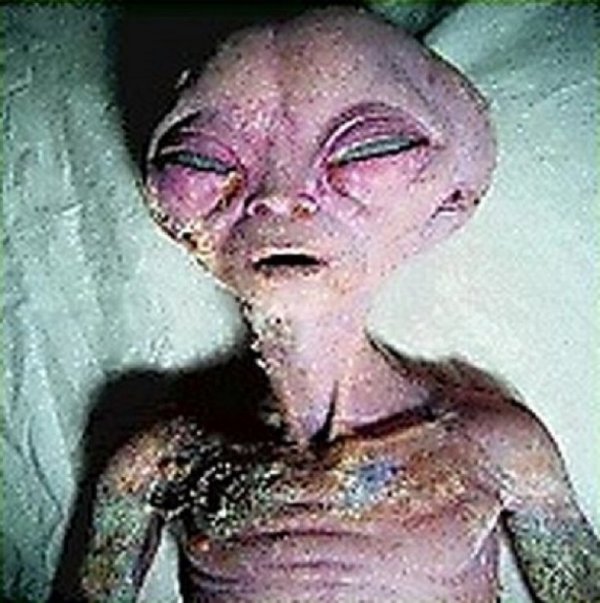 Tens of years of asexual aliens after their death were explored by scientists, and to fully cover their activities on the surface, the military created a test institute for pilots, where the test of the U-2 spy began. It was he who violated the USSR airspace in the 60s and was shot down by an anti-aircraft missile. In a private conversation, scientist Otto Krauzer admitted that UFOs are being tested over the base area, as the project’s goal was to create engines similar to extraterrestrial species. They were seen by participants in nuclear tests, describing how radars detected ships carrying in the sky at an unthinkable speed, after which they stopped by an unseen command. The project staff worked with extraterrestrial things and projects, after which even Star Wars film can rest. 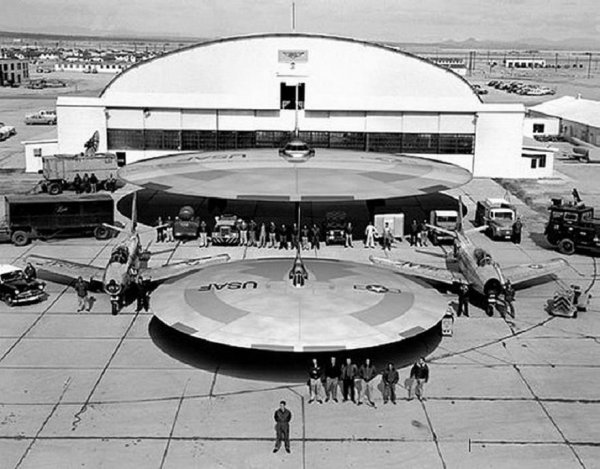 The founder of the secret zone, Ben Rich, laconically reported that the UFO exists, and the developers of the invisible aircraft did not hide that they took the idea from the aliens. Fans of sensations after the leaked information reached out to this remote corner of the country, but they could not get here. It was becoming more difficult to conceal the secrecy of the authorities because of a good survey of the area from the mountain peaks, after which the military demanded an expansion of the territory to prevent a security threat. Since the 90s, all the elevations have become the legal land of the zone. Ufologists together with journalists told the truth, talking about experiments, but the secret materials scientists preferred not to publish to the public.

Physicist Bob Lazar was the head of the experimental department, invited here after the explosion at the test site during an attempt to open a nuclear reactor of a flying saucer. He saw here the development of radiation neutron weapons with special gravitational lenses and a project that allows one to look into the past. The scientist was engaged in extraterrestrial engines, the technology of which was transmitted by beings from a star system located from the Earth for 30 light years. 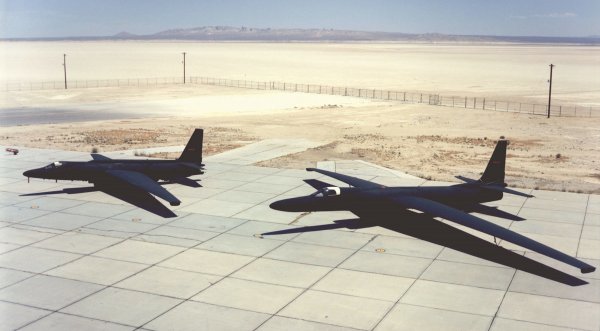 Colleagues showed him pictures of dead aliens with medical evidence of an autopsy, but how they died-they did not tell. He openly told about all the events in the 80s, after which other witnesses began to come to journalists, among whom was a specialist who developed simulators for people to fly to a UFO. He also reported on aliens in containers, still in the borderline between life and death. The authorities decided to declassify the documents of the CIA, where the hint was not on the base, which has alien objects, and the true purpose of “Area 51” remains a mystery.