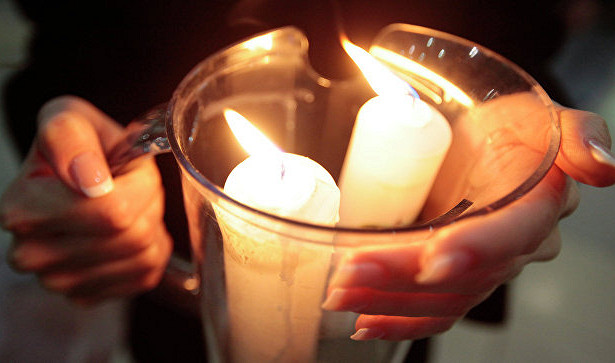 The priest Samuel Agoyan, representing the Armenian patriarchate, quarreled with a representative of the Coptic Church after he stated that he had uncovered the secret of the convergence of the Holy Fire. The verbal skirmish began during the filming of the reportage in the Church of the Holy Sepulcher.

Agoyan in an interview with an Israeli journalist told how the descent of “blessed fire” is happening. According to him, he observed three times how the patriarchs lighted the bundles of wax candles from the oil lamp, and there is nothing mysterious in the Holy Fire.

“God works wonders, but not for fun to people,” Agoyan said.

This statement angered the representative of the Coptic church, who stood at the moment of the interview next to the Armenian priest and demanded that the shooting be stopped immediately.

Agoyan objected that the Copts, unlike the Armenians, are not present at the ignition of the fire, but the priest continued to blame the Armenian colleague for lying.
The Holy Fire symbolizes the miraculous light of the Resurrection of Christ. Every year on the eve of Easter, he descends on the candles and the lamp of the Patriarch of the Holy City of Jerusalem and all Palestine in the Church of the Holy Sepulcher in Jerusalem.