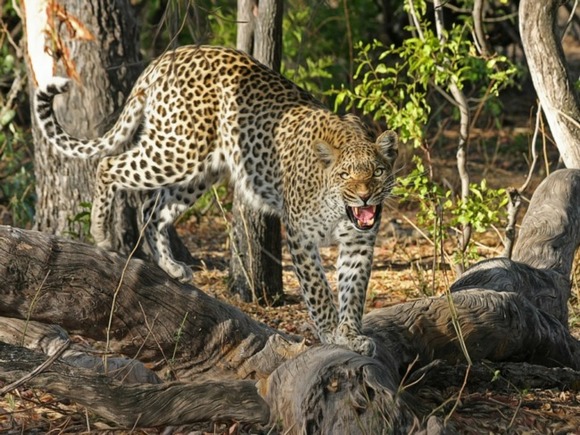 Inhabitants of islands haven’t enough Loch Ness monster. If to trust unofficial data, every year in Britain see up to 1 thousand mysterious enormous cats. The majority of meetings such takes place just in Scotland where Nessie allegedly is found.

About imperceptible “lions” and “panthers” there are already legends. For the first time on strange a predator came across familiar interested in the British history the farmer and the journalist William Kobbet. There was it in 1825.

Since then as broke through the people: reports on meetings with overseas cats of both a black, and yellow color, arrived from different regions and even from the persons invested by the power. In the 1970th, for example, the monster was seen in the County of Surrey by two police officers. “The inspector of police Eric Bourne reported that he saw a big cat, similar to a puma. According to him, it was of the size of a Labrador and with reddish-brown wool. However, according to his colleague, the cat was black, except for two white spots on the left leg in front!” — the website BBC Surrey reports.

Sometimes eyewitnesses noticed huge cats behind hunting. So, the story about the animal reminding a puma pursuing a deer belongs to 1995. Has the luck to see a mysterious animal, by the way, again to the police officer.

Letter to the editor: My big cat sighting https://t.co/X7rcFZSXFz pic.twitter.com/92c6LNClbD

Biologists in response to beliefs remind of the “leopards” who have secretly lodged on Albion that these predators have died out in future British territory 24 thousand years ago — until the end of the last glacial era. According to them, the only wild cat who is found in the country is the Scottish forest cat.

At the same time such stories not always invention: exotic cats ran from zoos or house menageries more than once. However, in such cases operation on catching is surely performed.